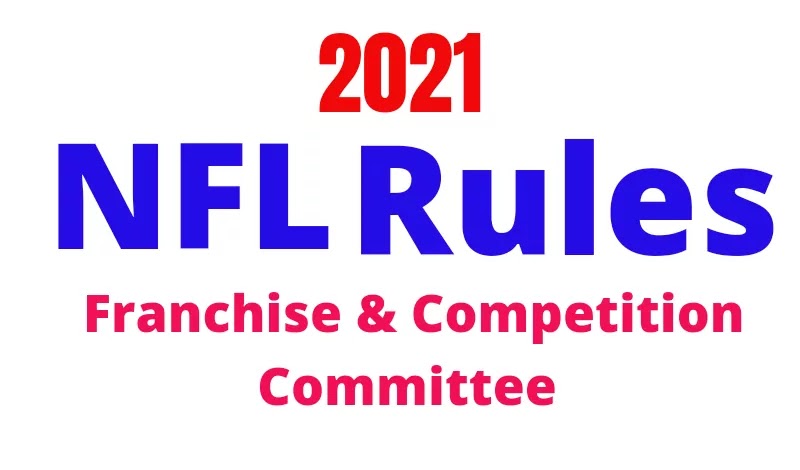 Rules made by the NFL Competition Committee

1.-All games that finish tied in preseason will end with that score, so overtime is officially eliminated, for the three preseason games in 2021.

2. Only nine players may be lined up within 25 yards of a team receiving a kickoff. This change is intended to increase the number of short kicks recovered; in 2020 only 3 kicks were recovered out of 67 attempted, the lowest number in the NFL since 2001.

The league hopes to give a better balance to the percentage of recovered short kicks.

3. There will be an official in the press box to provide assistance to the referees on the field. This official does not have the ability to throw a handkerchief in case he notices an infraction, but he can advise the on-field officials on plays that may generate doubts, but at the same time there is conclusive and irreversible evidence to make more effective calls and save the HC from having to throw the red handkerchief.

Plays that generate doubt, such as the position in which a player makes a down, complete passes, interceptions or the place where the ball is placed with respect to the sideline, are expected to become more agile with the help of the official in the press box.

Changes made by the franchises.

4.- In case of completing two passes in the same play, and the first of them is behind the line of scrimmage, there will be a loss of down for the offensive team.

Sean McVay was not very happy with a play against Tampa, in which Tom Brady caught his own deflected pass and then connected with a receiver to move the chains.

5.- During extra point plays and field goals, all penalties that are called on consecutive plays must be flagged.

6.- The numbers on players' jerseys will now more closely resemble those of the NCAA. All defensive backs, with the exception of linemen, may wear numbers from 1 to 50. Running backs, tight ends and wide receivers may wear single digit numbers.
Related : 2022 NFL Season : 7 Players received franchise tag in front of Free agency