The Super Bowl 2023 will take place on the night of February 12-13 at State Farm Stadium in Glendale, Arizona. The game begins at 6:30 P.M. ET.
Home
Jakobi Meyers
NFL

The deadline to designate franchise tag for the 2022 NFL season has passed. Here's the List of the 2022 franchise players.

The deadline to designate franchise tag for the 2022 NFL season has passed. All teams that have designated a player with this distinction have until July 15 to reach a long-term agreement, or they will remain with the salaries already established by the NFL. 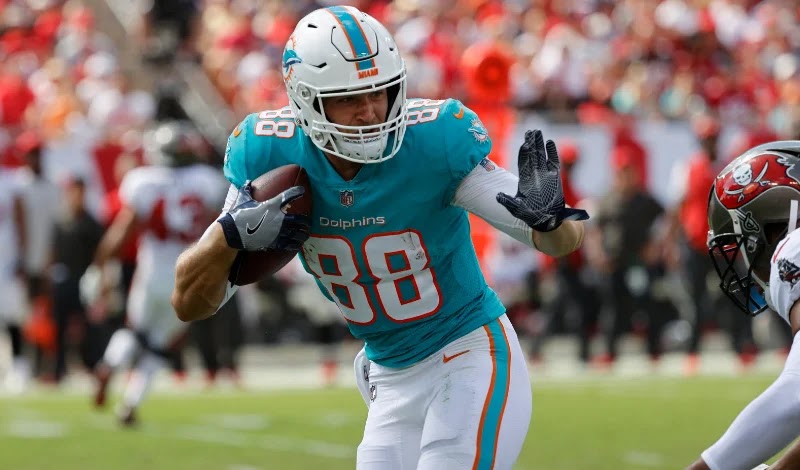 For the second consecutive season the former NFL champions tag the Penn State graduate despite an uncertain future in which so far they have an inexperienced quarterback taken in the second round in Kyle Trask, although it appears that veteran Blaine Gabbert is the front-runner to be the starter. The receiver and the team were unable to reach a long-term deal, although he will be paid 20% more this season as it is the second consecutive season he has been tagged.

The former Ravens right tackle will collect $16.7 million guaranteed after a great season with the Chiefs, where he was selected to the Pro Bowl for the third consecutive season. Brown was a key part of the line's revival at Arrowhead, with only the Bills and Bucs allowing fewer catches than Andy Reid's 28.

Kansas paid with 4 picks, including a first round pick, to bring Brown from Baltimore in 2021.

It was paramount for the Bengals to keep a deep back who was key to the team's surprise Super Bowl finish. Bates showed up at key moments in the postseason to steal fumbles from the Titans and Chiefs that ultimately sealed victories. Bates was in his final year of his rookie contract, and now the Bengals will have more time to work on a playmaker who brings a lot of leadership to the team.

Njoku is coming off a season with 36 receptions for 475 yards and 4 touchdowns, although the player had asked to be traded in 2020, he ended up changing his mind at the end of training camp. The Browns plan for Austin Hooper to stay with the team and continue to form one of the best duos in the NFL with Njoku.

Since 2018 the Dolphins did not use the franchise tag, in that season they did it to retain a Jarvis Landry who at the first time around packed his bags and moved to Cleveland. Gesicki is a gamble by the new Mike McDaniels. However, the Dolphins will have to work on a long-term contract, as the 10.9 million the TE will collect if he plays with the tag is a much lower figure than what he would earn if he tries his luck in free agency.

Although Gesicki is not noted for his ability as a blocker, he has excellent hands, in 2021 he had his best year in terms of yards with 780. Related : Is Jakobi Meyers with The Patriots Officially or Not?

Many thought Schultz might try his luck in free agency, but Blake Jarwin's hip surgery entirely changed the Cowboys' plans for fear of being without a guaranteed tight end on the team.

Schultz is coming off his best season with the Cowboys, as he posted 808 yards and 8 touchdowns in 2021.

The NFL's best receiver depended on whether or not Aaron Rodgers would continue. No one has more yards (5,310) touchdowns (47) and receptions (432) over the last 4 seasons in the league than #17 of the Green Bay Packers. Adams remains the only one he has played for in the league. However, it is a temporary solution as it is well known that he would be looking for at least 25 million per season.