How does the salary cap work in NFL

How does the salary cap work in NFL? The NFL started using a salary cap in 1994, when players salaries were increasing at an extremely high rate. 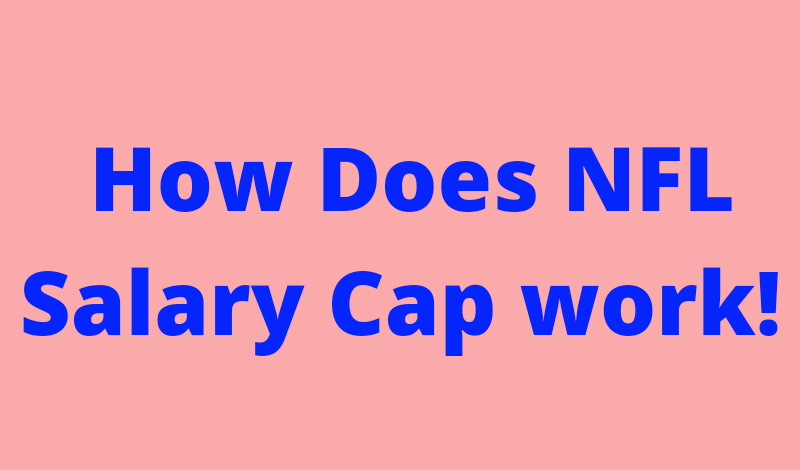 How does the NFL salary cap work?" is a question you may have asked or wanted to ask but wouldn't because you'd be mocked. Fear no more, my friend, because in the next few paragraphs, I'm going to break down the salary cap in depth. Get ready to perfect your Madden franchise.

Before we begin, there are a few things you should know. The NFL started using a salary cap in 1994, when players salaries were increasing at an extremely high rate. To make sure football salaries didn't turn into baseball salaries (cough, Yankees, cough), the collective-bargaining agreement (CBA) between the players and the owners set a limit to the salary (a salary cap) a team can spend on its entire roster. For example, the salary cap in 2020 was set at approximately $198.2 million (with a 53-man roster, that's about $3.7 million per player). Since it's creation, the salary cap has helped maintain the parity you see every week in football that you may not see in other sports.

How is NFL Salary Cap Calculated

The next big question is how the actual cap number is calculated. Originally, the cap was simple: take the "Defined Gross Revenues" (DGR) of the entire NFL, multiply by that years CBA percentage, divide that number by the number of NFL teams, and there's your cap. The DGR consisted of TV contracts, ticket sales and merchandising. The CBA percentage was adjusted each year (before the new agreement, the 2021 percentage was to be somewhere around 48% while the 2020 percentage was 47.5%).

With the new CBA came a slightly new means of calculating the cap. First of all, the DGR has been expanded to include some other intangible revenue streams, like naming rights and other forms of advertising. The CBA percentage was also set to a fixed 47.5% of the DGR. This way, only the DGR changes each year (more or less revenue), and the players always get the same percentage cut. This basically means that the total salary of all NFL players is allowed to be 48% of the expected revenues the NFL will make that year. With the new system, this year's cap is set at around $182 million per team.

I'm not saying this is his contract breakdown, but it serves as a good example. This way, Trevor won't be paid big bucks until he's a superstar, and the team wont have to suffer in other areas of the team because of a gigantic cap number right off the bat. Towards the end of the deal, the team could do 3 things: pay him the big money, restructure a new cap-friendly deal, or just release/trade him from the team. Yes, the player can be simply released by the team; salaries aren't guaranteed in the NFL.

Now another caveat. When faced with these tough salary limitations, owners have found a way to entice players to play for "less." It's called a signing bonus. When a player signs his deal, he will usually receive a lump sum of cash right away. The money is guaranteed, even if the player is cut. That's why you always hear of contract negotiations revolving around players wanting "more guaranteed money."

This cash still counts towards the salary cap, but spread out evenly over the length of the contract. For example, Player X was given a $1 million signing bonus when he signed a 5-year contract which had a first year salary of $300,000. Therefore, his cap number each year is his salary for that year + $200,000. That means his first year cap number is $500,000 when they actually paid him $1.3 million. Sounds great doesn't it? Well, it can be a double-edged sword.

When a player has no signing bonus, he can be released/traded and the team faces no penalty. However, if he did have a signing bonus and was released or traded, there's a penalty. Just like calculating the cap number, the signing bonus is spread out over the life of the contract. The remaining years on his contract count against the team in the following years cap.

Get it? Didn't think so, let's go back to the Player X example. If he was released after the 3rd year (so he played 3 and had 2 left), he would have $400,000 (2 yrs * $200,000) that was not used against the teams cap during his tenure. Therefore, $400,000 will be taken away from the teams salary cap during the following year. The team is not actually paying the player this money (they already paid it in one lump sum), but they're being penalized for it. So, the signing bonus can be extremely helpful, or very dangerous. If a GM knows the team trades/releases players often, they would shy away from using a signing bonus so they don't feel much of a penalty. But if a team knows they have the right guy and wont trade him, they'll jack up the signing bonus to save cap room.

And that's the NFL salary cap. Pretty simple, isn't it? Well, there are a few more details but we wont concern ourselves with those just now.