13 years later, Steelers select running back in first round of draft

It took 13 years for the Pittsburgh Steelers to select a running back (RB) with their first overall selection in the Draft. 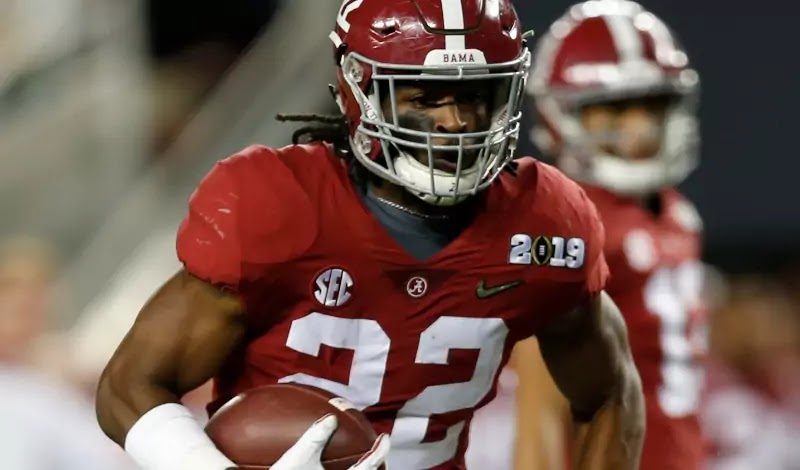 It took 13 years for the Pittsburgh Steelers to select a running back (RB) with their first overall selection in the Draft.


Najee Harris was taken 24th overall for the University of Alabama to see six of its former players selected in the first round, tying the most players coming from the same program when the 2004 Miami Hurricanes also had six alumni selected in the opening round.


In 2008, Rashard Mendenhall, a graduate of the University of Illinois, was the 23rd pick of the first round.


We have to go all the way back to 1989 to find another RB picked in the first round by the Steelers. Georgia running back Tim Worley was the seventh overall pick in the draft.


In 1982 Walter Abercrombie (Baylor) was taken by Pittsburgh, as part of their 12th overall pick.


Another Baylor University graduate, Greg Hawthorne, was taken in 1979 by the black and yellow team with their #28 first round selection.


But the greatest of all has been Franco Harris, a player who hailed from Penn State and was selected 13th overall by the Steleers. Harris, a Hall of Famer, is one of the greatest athletes they have ever had in their long history.


The first RB selected by the franchise in its history was Kay Eakin (Arkansas), back in 1940 when they had the 3rd overall pick.
Covers everything about NFL, NFL Draft, NFL News and Rumors, Super Bowl, best NFL players in history, best NFL players, NFL Mock draft and more. YouTube TV NFL.