Ryan Kerrigan, the all-time sacks leaders in Washington Football Team history, is now a player for the Philadelphia Eagles, a division rival. 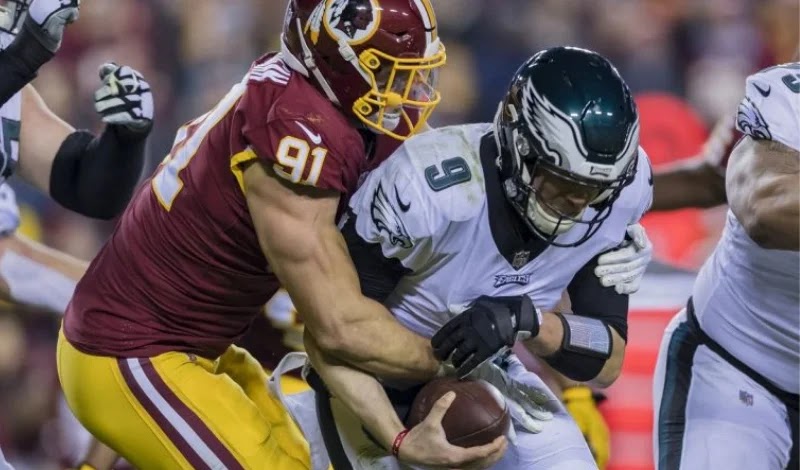 Ryan Kerrigan, the all-time sacks leaders in Washington Football Team history, is now a player for the Philadelphia Eagles, a division rival.

Kerrigan, who was a first round draft pick in 2011, announced his incorporation to the Eagles after accumulating 95.5 sacks, 26 forced fumbles and 147 hits on quarterbacks while playing for Washington.

In his time in Washington , Kerrigan was a starter and played in every game during his first 8 seasons in the NFL, earning the honors of being selected to 4 Pro Bowls in the process.

Ryan Kerrigan announced he is signing with the Eagles.

He only started one game on the Football Team last season, though he played in all 16 games, in a defensive line rotation that favored the young talent on Washington's defense, which drafted defensive linemen in the first round in four of the five most recent Drafts, including Montez Sweat in 2019 and Chase Young in 2020.

For Kerrigan joining the Philadelphia Eagles is not about revenge against his now former team.

"No, not at all. I'm not thinking 'Oh, I must have a rematch,' A rematch with Washington? They only treated me well there. No, it's definitely not about that, not at all," he told ESPN's John Keim.

Kerrigan had 5.5 quarterback catches last season in a secondary role at 32 years of age.

Now that the NFL schedule was released last week, the matchups between Kerrigan's new team, the Philadelphia Eagles, and Washington were scheduled late in the season with games in Weeks 15 and 17, which could very likely be defining the fate of the Eastern Division of the National Conference, which in 2020 was the weakest in the entire NFL.