The Pittsburgh Steelers were founded by Arthur J. Rooney on July 8, 1933. Now the sixth oldest franchise in the NFL. 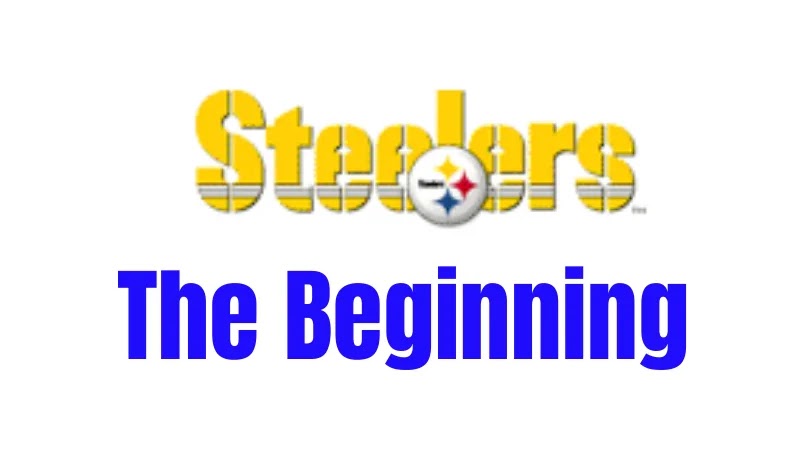 The Pittsburgh Steelers were founded by Arthur J. Rooney on July 8, 1933. Now the sixth oldest franchise in the NFL, Pittsburgh was known as the Pirates until 1940. In their first 40 years, the Steelers struggled mightily. They didn't win a title or any kind of honor until 1972, when they finally won the AFC Central. Two years later, after four decades of decline, Art Rooney and the Steelers took home the Vince Lombardi Trophy as the winners of Super Bowl IX.

In 1938, Rooney made Colorado's Byron "Whizzer" White the first NFL player to win "the big money" with a $15,800 contract. The 1942 Steelers, were powered by the league's leading rusher, rookie Bill Dudley, enjoying his first winning season. With rosters drastically reduced by World War II, Rooney joined the Steelers are Eagles (Phil-Pitt) in 1943 with the Cardinals (Card-Pitt) in 1944. Coach Jock Sutherland guided the Steelers to a first place tie with the Philadelphia Eagles in 1947 but they lost their first postseason game, 21-0, to the Eagles.

From 1957 through 1963, the Steelers, led by QB Bobby Layne, DT Ernie Stautner and RB John Henry Johnson, were legitimate division rivals. But the "dynasty years," which coincides with the team's move to the AFC at the time of the AFL-NFL merger.

Pittsburgh's first Super Bowl victory came just a few years and within one of the most incredible streaks of success in sports history. From 1972 to 1979, the Steelers made the playoffs eight straight years, won seven AFC Central titles and four AFC championships. The Steelers became the first team to win Super Bowls and the only team to win back-to-back Super Bowls twice. The 1970s team became the first AFC team to win the division 10 times since the AFL-NFL merger in 1970.

The list of Pittsburgh Steelers heroes of the 1970s is a long one, but it starts with coach Chuck Noll, who took over the team in 1969. Players like DT Joe Greene, LBs Jack Ham and Jack Lambert, QB Terry Bradshaw, CB Mel Blount and RB Franco Harris were the backbone of a team that many insist was the most beautiful to ever play professional football. All, including Noll, were elected to the Hall of Fame in their first years of eligibility.

Pittsburgh's success over the past two decades is the antithesis of their early years. In their first seven seasons, the Steelers won only 22 games. Rooney, looking for a way to make them a household name, often took his team from Forbes Field to neutral cities like Johnston and Latrobe (Penn.), Youngstown (Ohio), Louisville and New Orleans to avoid competition with baseball and college football in Pittsburgh. Through it all, Rooney never wavered in his determination to make professional football successful in his city.