For the first nine and a half games of last season, Bengals fans were optimistic. There was a sense that the team was headed in the right direction. 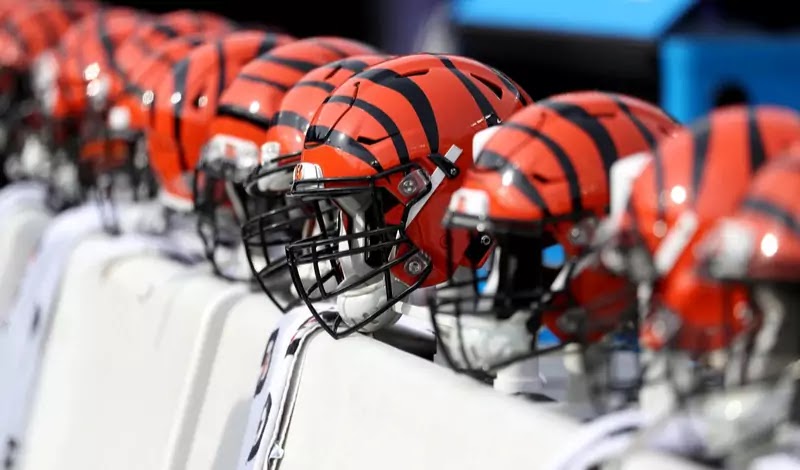 For the first nine and a half games of last season, Bengals fans were optimistic. There was a sense that the team was headed in the right direction. The number one pick, Joe Burrow, was living up to the advances he had been given.

In the third quarter of the tenth quarter of the championship game against Washington, it was all over. The quarterback was attacked by two defenders, the result of the blow was a severe tear of the knee ligaments. This moment was a tragedy not only for Cincinnati fans, many football fans took the injury of a potential star of the league hard.

It's no exaggeration to say that Bengals' next decade will depend on how Burrow's recovery goes. In May, the surgeon who performed the surgery said he would be ready to take the field in the first game week. The quarterback himself rated his knee at 85 percent in late May and was also optimistic about his return to the championship game.

That's good news, but it doesn't mean Burrow will return to the field the same. In 2013, Robert Griffin III was in a similar situation, receiving the Rookie of the Year award and an equally serious knee injury. He forced a recovery by the start of the championship, returned to the field, but was never the same again as before the injury. Of course, other factors influenced Griffin's play. In addition, he and Burrow have a markedly different style of play. Many players have returned to the field after torn knee ligaments and played great. It's just a reminder that no one makes any guarantees.

The good thing for the Bengals is that a healthy Burrow is capable of being a top tier quarterback for a long time. Most of the attention was drawn to Justin Hebert, who had a great year last season, but they were both very good until the unfortunate Week 10. In less than ten games, Burrow racked up 2,688 yards with 13 touchdowns and five interceptions. Not bad for a debutant.

The Bengals need Burrow to continue the rebuilding process smoothly. And while it's not entirely certain that Zac Taylor is capable of managing the team in this process, Cincinnati's roster is slowly improving. T Higgins had a good season, and this year the receiving corps has added Ja'Marr Chase. Long work remains to be done on the offensive line, which the club is trying to strengthen. The defense has been bolstered from the free agent market. The rebuilding process is slow, but generally in the right direction.

The quarterback is the key to success for years to come. If Burrow doesn't come back the same after the injury, the team will be back to its usual old ways.

The Bengals are still themselves. Keeping your own free agents hasn't been a franchise strength for a long time. Now at least it doesn't feel like a simple talent drain, the organization is willing to invest in the market, too. Defensive end Trey Hendrickson and cornerbacks Mike Hilton and Chidobe Awuzie are good additions to the lineup. The offensive line will be helped by tackle Riley Reiff. On the other hand, there are some notable losses. Carl Lawson and William Jackson got good contracts at other clubs. Geno Atkins, A.J. Green, Giovani Bernard, and John Ross are gone. The Bengals got Chase in the draft and took linebacker Jackson Carman with their second pick, just a vital pick. The next three picks were three linebackers chosen. There are too many holes in the lineup and it's impossible to cover them all in one offseason. The lack of reinforcement on the offensive line forces a C-plus rating on the franchise's performance.

Joe Burrow's success, assuming he is fully recovered, will depend on the play of the offensive line. He had very little time to work the envelope last season and that makes his results even more impressive. Reiff and Carman aren't enough to solve all the problems. If the quarterback can't trust his defensive players, his development will also be slower. Again, the lack of decision-making time will lead to incomplete receiving potential.

When you take an early-round pick on your fantasy team, you are investing in its overall success. Still young, Joe Mixon is starting the season with the best partners of his career. The offensive line is improved, but the remaining problems in the passing game are forcing a more active outfield. The depth of the lineup in the Bengals' backfield is such that Mixon will get as much playing time as he can physically handle. Right now his ADP at Yahoo is 24.2, but it's highly likely he'll become a much more useful player.

A moment of truth for Zac Taylor

Taylor's result as Bengals head coach is 6-25-1. The Pro Football Reference website only includes specialists who have served four seasons in the game-winning percentage table. But if Taylor had qualified, he would have been second-to-last in league history with a 20.3 percent winning percentage. Only Bert Bell, who worked in the late 1930s, is worse, third from the bottom in this ranking, Hue Jackson.

When Taylor was hired, there was nothing particularly noteworthy on his resume. But he was a friend of Sean McVay, and Cincinnati believed he would change the team's offense. The result? Two years, the Bengals offense is 29th in the league in DVOA. Is Taylor bad or is that the circumstances? A third year on the job should answer that question.

Why did Bengals choose Chase over Sewell?

With their fifth pick in the draft, the Bengals found themselves in a difficult situation. The team had a choice between the draft's best offensive lineman and its best receiver. Joe Burrow needs defense and Sewell is exactly the kind of talent that could help him. On the other hand, quarterback Ja'Marr Chase, who is familiar, adds variation to the offense.

In all likelihood, it was the chemistry that developed between Burrow and Chase during their LSU appearances that influenced the office's decision. Zac Taylor stated that he had watched the tape of their interactions "ten thousand times.

Best-case scenario of the season.

Even if Burrow comes back 100% ready, seeing the Bengals as a playoff contender is too much of a stretch to predict. As good as he's played, the team has suffered seven losses under him. There's still a lot of work to do, but potentially Cincinnati's offense with Mixon, Chase, Higgins and Boyd could be one of the most explosive in the league. There are many expectations for the team's fans right now, but perhaps the biggest success will be the return of the quarterback.

Burrow returns to the field, but no longer the man he was before his injury. This is the biggest nightmare of the office, the coach, and the club's fans. Such a development sets the Bengals back a couple of years, forcing a fresh start. Not much better would be an option in which Burrow comes back and his partners are just as bad as they were in 2020. All in all, it's a pretty simple analysis of the club's prospects for the new season, but too much right now depends on one man's health.

By next offseason, the focus should shift from the health of the quarterback to the Bengals' prospects of competing for a playoff spot. The club's offense should look good, provide a boost of positivity, and set the stage for faith in the franchise's rise. You can't expect much more than that, as Zac Taylor apparently isn't up to the level of an NFL club's head coach. The current roster has the potential to have a memorable year.