Ja'Marr Chase is a talented wide receiver that played in the NFL. In this article, we will tell you how he started playing football, his girlfriend.

Ja'Marr Chase is a talented wide receiver that played in the NFL. He was selected by the Cincinnati Bengals as the 5th overall pick in the 2021 NFL Draft. In this article, we will tell you how he started playing football, his football career, his family and his relationship. Here's the Top 10 Facts You Didn't Know About Ja'Marr Chase. 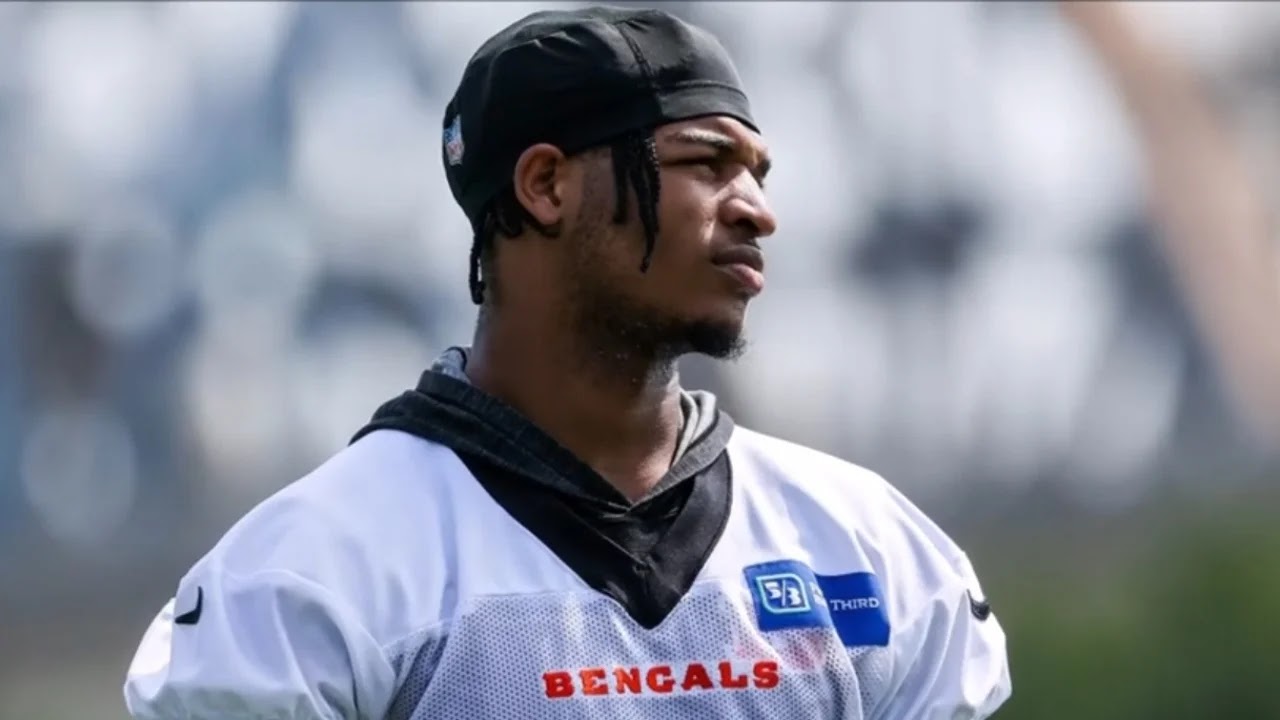 10. Ja'Marr Chase’s parents, Jimmy and Toleah Chase, have been pivotal figures in their son’s football career.

In 2020, Chase opted not to play for the LSU Tigers due to the COVID-19 pandemic. Instead, the wide receiver decided to prepare for the NFL Draft in 2021.

In the draft, he was selected by the Cincinnati Bengals as the 5th overall pick. The 21-year-old was reunited with quarterback Joe Burrow, who had played with Chase at LSU.

In the aftermath of Chase’s decision to forego his final season at LSU, his father, Jimmy, went on a campaign with media outlets explaining Ja’Marr’s decision to opt out of the season.

According to his father, the decision for Ja’Marr to skip the college football season was made by the family.

9. Ja'Marr Chase was a four-star recruit out of Archbishop Rummel High School in Metairie, Louisiana.

He was ranked as the No. 15 wide receiver in the United States and the No. 4 footballrecruit in the entire state of Louisiana.

Chase committed to the LSU Tigers in 2017 before entering the university with the 2018 class.

LSU wasn’t the only big-time college football program interested in Chase. He visited the Auburn Tigers, Michigan Wolverines, and TCU Horned Frogs before committing to LSU.

8. The four-star recruit was highly recruited out of high school as we have previously noted.

Chase accumulated 2,152 receiving yards and 30 receiving touchdowns during his time with the Raiders. No wonder so many schools wanted his signature.

Despite committing to the LSU Tigers and starring for the team from 2018 to 2020, things could have been much different for Ja’Marr Chase and the LSU football team.

He committed to the Florida Gators in 2017. Chase’s decision to de-commit to Florida came two weeks after Florida parted ways with head coach Jim McElwain.

After de-committing to the Gators, Chase took to Twitter and posted, “PLEASE RESPECT MY DECISION.”

He played a mere 27 games for the LSU Tigers during his college football career. In 2019, the wide receiver caught 84 passes for 1,780 yards and 20 touchdowns. His 20 touchdown catches were a Southeastern Conference record.

Unfortunately, the record was broken the following season by wide receiver Devonta Smith.

At the end of the 2019 regular season, Chase won the Fred Biletnikoff Award as the best receiver in college football. He was also a unanimous All-American pick.

The wide receiver’s girlfriend is Ambar Nicole, an Instagram model with around 12,000 followers. The two have had a rocky relationship in 2021 as Nicole claimed she was pregnant with Chase’s baby. However, it has been difficult to confirm her pregnancy on social media ever since she made this claim.

While the pair is said to be in a relationship, neither Chase nor Nicole have posted images of themselves together on their Instagram accounts.

Unfortunately for the couple, there have been a number of issues between them in the past that could explain why a long-term relationship may not be on the cards.

4. In the summer of 2021, Ambar Nicole took to Instagram to speak out about her troubled relationship with Chase.

She posted Instagram stories alleging Chase of domestic violence. Nicole wrote, “TOLD MYSELF I WOULDN’T PUT MY BUSINESS ON THE MEDIA ANYMORE BUT…” She then posted, “PUTTING YOUR HANDS ON A PREGNANT FEMALE IS LAME AS FUCK!”

The final post was a picture taken of Chase standing on the balcony of what appeared to be their apartment with his back to Nicole. She typed, “PU**Y” across the image.

Chase was tagged in each story, likely escalating an already tense situation between the couple. Not long after the Instagram stories were made, Nicole deleted them.

However, she couldn’t delete them before they were screenshotted by Bengals fans, sports media members, and bloggers. After the drama from Nicole, Chase took to Twitter. He posted a tweet that read, “these fake pages be killing me bruh,” with tears of joy emojis.

3. Problems between Ja'Marr Chase and Ambar Nicole are nothing new.

She has previously taken to social media and alleged Chase has done her wrong. Nicole alleged Chase had slept with multiple women in the past while the two were engaged in a long-term relationship.

As it stands, Nicole’s allegations against Chase of domestic violence and sleeping around are unproven. However, it hasn’t stopped people on social media from attacking the Bengals wide receiver.

2. The Florida Gators were not the only college football team that Ja’Marr Chase committed to.

Before pledging his future to the Gators and then LSU, Chase visited Kansas University. He must have fallen in love with Lawrence, Kansas, because the wide receiver committed to the Kansas Jayhawks football program in early 2017.

However, by February 4, 2017, Chase had decided against playing for the Jayhawks. His commitment to Kansas was for just 10 days.

After de-committing to the University of Kansas, Chase released a statement saying, “After having a lengthy discussion with my parents, I realized that I can’t make a rational decision when my emotions are involved.

Making a decision about my future needs to be a family decision, and I have to make sure that my family is on the same page. This has nothing to do with Kansas or the coaches at Kansas. It’s a great place, and they’re doing great things. With that being said, I’m announcing my decommitment from the Kansas Jayhawks.”

In the end, his de-commitment from Kansas and Florida were the right moves for everyone except KU and the Gators.

1. Some TCU fans blame the NFL Network for Ja’Marr Chase not choosing the Texas college.

Before committing to LSU, many football fans expected Chase to select TCU. He was supposed to make the announcement on the NFL Network’s July 3rd broadcast of the 7-on-7 Championships at the Opening Finals.

The NFL Network moved Chase’s college football team selection announcement, however. The announcement was moved due to a game delay and a surprise college commitment from Greg Emerson.

According to conspiracy theorists, Chase was going to choose TCU, but his stock increased at the 7-on-7 Championships, which led LSU to make a late push to get him, which they did.

That’s all 10 Facts You Didn't Know About Ja’Marr Chase, tell us if you think Ja’Marr Chase will win the offensive rookie of the year award!