Joe Mixon is a running back for the Cincinnati Bengals. This Facts is about Joe Mixon, his college football career at Oklahoma and more.

Joe Mixon, who has been accused of punching a woman, has been graded as a second round pick by most NFL draft experts. Is he a good running back? Or is he a threat to the NFL? Here's the 10 Facts about the Cincinnati Bengals RB Joe Mixon. 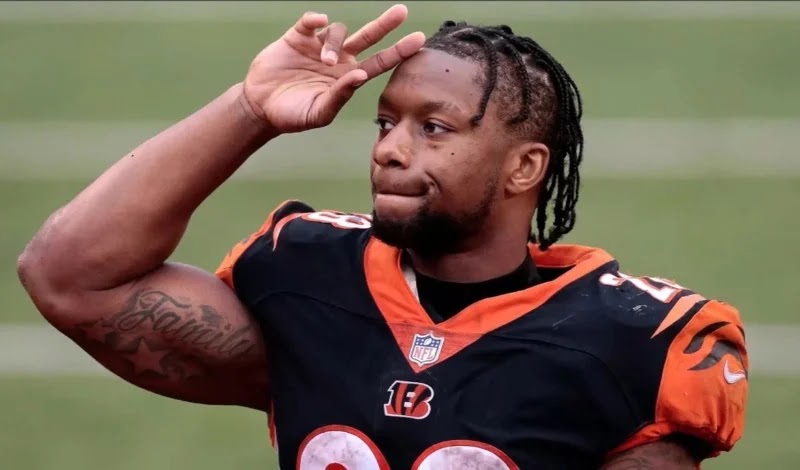 10. Mixon graduated from Freedom High School in Oakley, California where he had a brilliant high school career.

During his senior season at Freedom High, he scampered for 1,704 yards and 23 touchdowns. Those football numbers made Mixon a five-star recruit coming out of high school.

It is claimed that more than 40 universities wanted to sign Mixon, including the University of California Berkeley, Florida State, and Wisconsin.

In the end, Mixon chose the University of Oklahoma, stating the Sooners were what was best for him and his family.

9. Coming out of high school, Mixon was the No. 2 high school football recruit in the state of California.

Current New York Giants defensive back Adoree' Jackson was the only player rated higher than Mixon in the entire state.

Mixon was also the No. 19 ranked recruit in the United States coming out of high school.

8. Mixon set several career records at the University of Oklahoma.

The California native is third all-time in career receiving yards by a running back at OU with 894.

He ranks fourth in career receptions by a running back with 65.

7. While some of the stories concerning Mixon’s off-the-field life are negative, the running back did something positive before Christmas in 2021.

Mixon partnered with Strikes for Kids to hook up 28 youngsters at a local Cincinnati Boys & Girls Club with new bicycles for Christmas.

However, Hunt did not receive the remainder of the balance from Mixon.

After news emerged in the media of the lawsuit, Mixon claimed he didn’t know any lawsuit over the jewelry existed.

5. According to the latest reports, Mixon does not have a girlfriend.

If the Bengals running back does have a love interest, he has kept it very low-key.

Mixon may struggle to find love due to a major incident that occurred during his time at the University of Oklahoma, in which he assaulted a fellow student.

4. In 2014, Mixon punched OU student Amelia Molitor in reaction to her slapping him in the face at a Norman, Oklahoma sandwich shop.

The running back then responded with a gay slur to Molitor’s homosexual companion.

In the video, Mixon claims Molitor’s slap felt like a “dude” had hit him. The hard slap prompted Mixon to punch Molitor, who then fell back and hit a table.

The entire incident was caught on tape. Mixon’s punch fractured four bones in Molitor’s face, including the breaking of her jaw.

The incident caused Mixon to be suspended for the entire 2014 college football season.

According to a statement from Molitor, the incident all began when Mixon and his Sooner teammates began harassing her gay male friend.

Mixon was rated as one of the best running backs in college football prior to the incident.

However, NFL teams were put off from drafting Mixon following the assault and he ultimately fell to the second round.

3. In April of 2017, just days before the NFL Draft, Mixon reached a settlement with Amelia Molitor.

The settlement came nearly three years after the running back punched Molitor and fractured four bones in her face.

Although no financial terms or other information were released by the two parties; they did provide a joint statement.

The two stated that they had met privately and amicably resolved and dismissed the civil suit.

2. Punching Amelia Molitor in the face was not the only trouble Mixon got into at the University of Oklahoma.

In 2016, around two years after the incident with Molitor, Mixon was suspended one game by Oklahoma Sooners head coach Bob Stoops for allegedly ripping up a parking ticket and throwing it at a campus parking attendant.

Mixon was also alleged to have driven his car toward the parking attendant in an attempt to intimidate them.

The University of Oklahoma’s campus cops closed the investigation quickly and the case was not pursued by the county’s district attorney.

Mixon released a statement after the district attorney declined to press charges that read: “I regret that I did not respond appropriately to the parking attendant and understand and accept the consequences.”

1. There were allegations that Mixon may have assaulted another female long before he punched Amelia Molitor in 2014.

Prior to the 2017 NFL Draft, NFL scout and evaluator Gil Brandt, told Pro Football Talk Live that teams shouldn’t draft Mixon due to his problems which date back to high school. Read more about Joe Mixon Draft.

While Brandt was vague about Mixon’s problems, he may have been referring to an alleged assault

during the running back’s time at Freedom High School.

According to the girl’s father, Anthony Hernandez, Mixon tossed his daughter onto the ground and hit her.

Mixon was never punished for the alleged assault and no investigation was held.

Not long after the alleged high school assault was reported, several NFL teams took Mixon off of their draft boards.

That’s all 10 Facts You Didn't Know About Joe Mixon, tell us where you would rank Joe Mixon among the best running backs in the NFL!