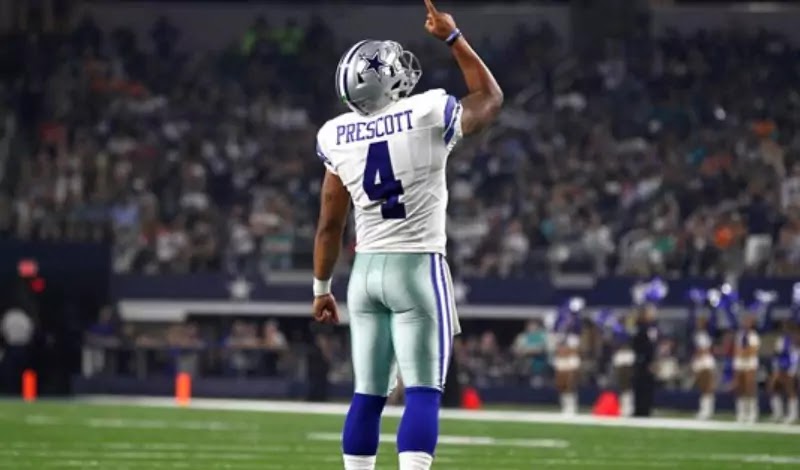 5. On December 30, 2018 the Cowboys offense faced a 4th-and-15 opportunity and 15 yards to go against the Giants with just over a minute to play.

After rolling to their left side to take off defensive pressure, they found Cole Beasley in the end zone with a 32-yard deep delivery. Already motivated, they looked for the two-point conversion and after getting it, they defeated the New York team.

4. On December 9, 2018, Prescott totaled the most yards through the air in Cowboys history by throwing for 455 yards in the overtime win over the Philaldelphia Eagles.

In that matchup Dak connected on three touchdown passes with Amari Cooper, the last in said 15-yard overtime.

3. On Oct. 16, 2016, Prescott was playing just his sixth game as the Cowboys' starter. They went into Lambeau Field and Prescott racked up 247 yards and three touchdown passes in the Texans' 30-16 win over the Packers.

2. On November 13, 2016, the Cowboys added one of the most memorable wins in Prescott's short career after defeating the Sleelers 35-30 and as visitors with just 15 seconds left in the game. Dak threw two touchdown passes that afternoon, one of them a 50-yarder to DeZ Bryant.