The Super Bowl 2023 will take place on the night of February 12-13 at State Farm Stadium in Glendale, Arizona. The game begins at 6:30 P.M. ET.
Home
Browns
Dallas Cowboys

Amari Cooper is an American Football Wide Receiver in the NFL, he played college football with Alabama and professional football with the Cleveland Browns. Here's The Top 10 Facts You Didn't Know About Amari Cooper. 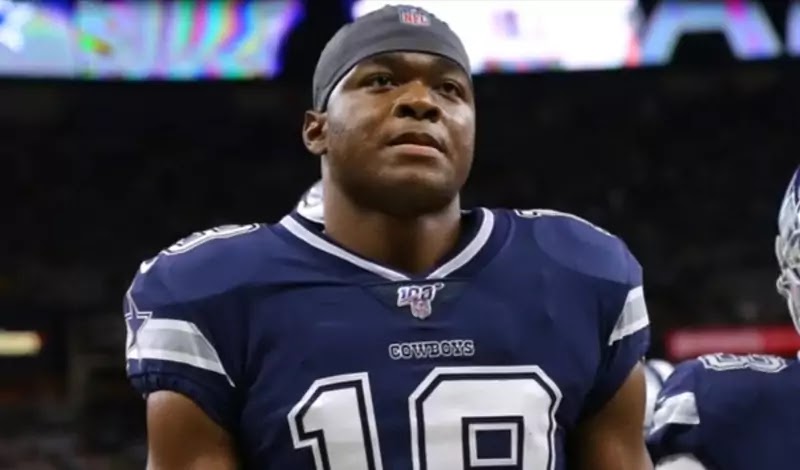 10. Amari Cooper is a good Reader

NFL players often get a bad rap for not being  smart. However, Cooper has proven time and again that he is one of the league’s brightest players  on and off the field. One of Cooper’s must-have items when the Dallas Cowboys go on the road is a book. He became an avid reader in college at the University of Alabama. During his sophomore year  at Alabama, each player was given a book titled, “100 ways to Motivate Others”. He read the inspirational book and it changed his life. The wide receiver learned so much from this  one book that it inspired him to read more books to gain more knowledge. One of Cooper’s favorite books is “Shoe Dog” by Phil Knight.

9. Cooper was unreal in high school  at Northwestern in Miami, Florida.

8. In February of 2020, a tweet claiming Cooper  had been shot in a Dallas parking lot went viral.

The tweet got so much attention from football fans around the globe that the Dallas Police Department and Cooper had to go on social media and refute the claims. The tweets that stated Cooper had been shot appeared to be ‘fake news’. Cooper  even texted friends to inform them he was okay. The wide receiver’s tweet read: "That was fake news, y'all. Everything good over here.''

Cooper has been very secretive about his  personal life and has kept his relationship status quiet for the most part. In 2020, Cooper was in a relationship with Destiny Jones. The couples’ status was so secretive that a start date has not been confirmed. It was rumored that Jones was the daughter of American rap star Nas, but that is  not true. Rumors had surfaced previously that Cooper was in a relationship with the rapper’s daughter, however, Jones is of no relation to Nas. Jones is a psychiatrist and she graduated  from an HBCU school, Alabama State. Jones is a former Stingettes dance squad member at  Alabama State University. Cooper’s personal life is so secretive that it isn’t known if the  two are still together as of the 2021 NFL season.

He grew up in the Miami projects in an area known as Liberty City in Coconut Grove, which is located in North Miami. Cooper was raised in a single-mother home. Michelle Green, Cooper’s mom, worked  multiple jobs to put food on the table. She also walked miles each day to go to work or  the grocery store as the family couldn’t afford a car.

In 2017, Cooper recalled a story about being  too tired to go to the grocery store with his mom. She had to walk three miles alone with bags  full of groceries. The incident left a mark on Cooper’s mind and he has always regretted not  helping her on that day. In 2017, Cooper purchased his mother a new house and car to thank her for  all of her love and hard work. The wide receiver tweeted in 2017: “It took us 20-plus years, but  now my mom has a house and car of her dreams.”

The Dallas Cowboys wide receiver earns an  average salary of $20 million a year. It is a  long way from the North Miami neighborhood he grew up in. Cooper was the youngest child of five kids. Cooper’s father, Terrance wasn’t in the future NFL player’s life. Terrance went to prison when Cooper was a toddler. In 1996, Terrance  was sentenced to 30 years in prison after being arrested for the burglary of an unoccupied  property. His projected release date is in 2022.

4. Cooper puts his football and life success down to his mother, Michelle.

According to the wide receiver, he never visited his father in prison. Terrance’s incarceration was difficult for Cooper to deal with growing up, but the Dallas Cowboys player says he has come to terms with it now. Michelle’s struggles as a mother created more issues for Cooper when it came to Terrance.

There are certain cliches and expectations around NFL players, especially ones who grew up in the projects. What many people do not know about Cooper is the wide receiver loves the game of chess. Yes, chess!  Cooper learned the game in elementary school. The school’s music teacher taught students the game following music lessons. Cooper even went to after-school chess club once  or twice a week when he wasn’t playing football. After years of not playing chess, Cooper picked  the game back up in 2015 when teaming with Rod Streater when they were on the Raiders. According to Streater, he stole some of Cooper’s chessboard moves. In 2021, a video posted on Twitter showed  Cooper thrashing Cowboys rookie linebacker Micah Parsons on the chessboard. Parsons  had challenged Cooper only to be destroyed.

A lot of professional athletes have gone  vegetarian and vegan over the last decade. Some studies claim going plant-based allows athletes to stay fit and healthy while extending their careers. However, other studies claim that going  vegan or vegetarian prevents players from getting the vitamins, minerals, and protein needed to properly recover from playing high-level sports.

Cooper is one of those players that going  vegan didn’t help. In 2019, Cooper went vegan, which didn’t work out well for the wide receiver. He spent much of the season injured and stated not eating meat kept him from being 100% throughout the NFL season. Cooper personally believed veganism caused more injuries.

1. There are a few things Cooper cannot live without.

One item is a travel chess board. His other essential items are a hairbrush, Baccarat Rouge 540 cologne, and watch holder.

Cooper loves watches and collects them. He was afraid to spend money when he joined the NFL, but once he was okay with shelling out large sums of cash, he began collecting expensive watches. He takes a number of watches with him when he travels and his watch holder keeps everything sorted at  home. When the Cowboys go on the road, Cooper packs several watches and he brings some select  pieces of jewelry with him in a travel case.

That’s all 10 Facts You Didn't Know About Amari Cooper, tell us where you would rank Amari Cooper among the  best wide receivers in the NFL!