The Super Bowl 2023 will take place on the night of February 12-13 at State Farm Stadium in Glendale, Arizona. The game begins at 6:30 P.M. ET.
Home
Bengals
Las Vegas Raiders

Playoff predictions can go anyway, that's what makes it so exciting because anything can happen. Here's the Bengals vs Raiders predictions.

The Las Vegas Raiders will face the Cincinnati Bengals at home in the Wild Card Weekend round of the 2021- 2022 NFL Playoffs, fighting for one spot in the AFC Divisional Round. Here's the Bengals vs. Raiders Predictions. 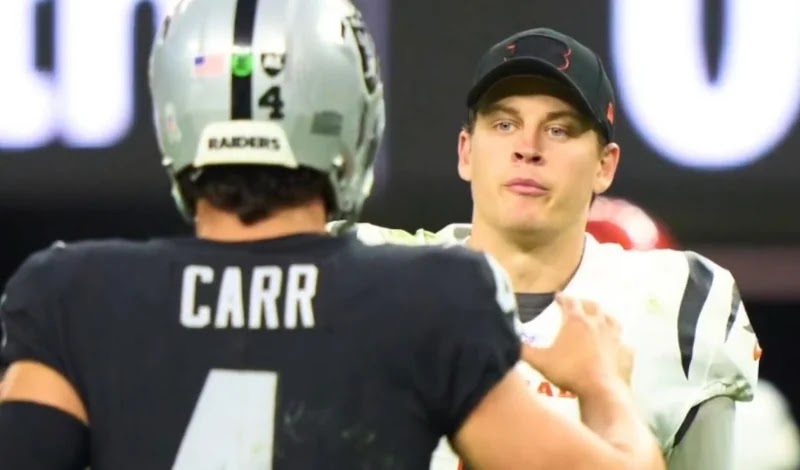 The Bengals last won a playoff game in the 1990 wild card round. They were eliminated by the raiders one week later, little did the Bengals know at the time that they would proceed to go 31 years and counting without a playoff win.

The Raiders were a wonderful feel-good story, reeling off four straight wins including a week 18 overtime thriller against the Los Angeles Chargers to end a five-year postseason drought, but the Bengals crushed this team in Sin City back in week 11.

Now they're at home and the Raiders don't have anybody to contain Ja’Marr Chase, Tee Higgins, Joe Mixon and Tyler Boyd on the flip side since he's prolific front seven led by Trey Hendrickson should be able to wreak havoc on the Raiders leaky O-line since he finally gets that elusive playoff victory.