WR Antonio Brown take off his jersey and run out of the field after throwing his t-shirt and his gloves to Buccaneers fans during a game against Jets.

On Sunday at MetLife Stadium, WR Antonio Brown take off his jersey and run out of the field after throwing his t-shirt and his gloves to Buccaneers fans during a game against New York Jets. 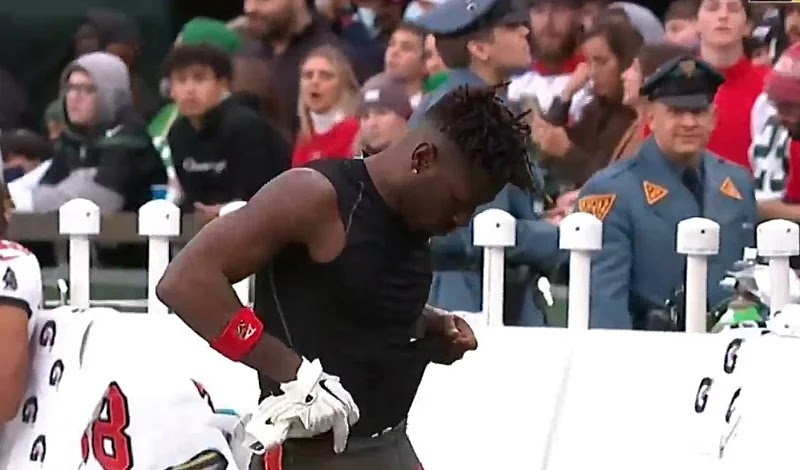 As reported, Antonio Brown has benched before he leaves the game in the 3rd quarter.

Here's a sideline view of what happened with Antonio Brown. Looks like Mike Evans was trying to calm him down but nothing was going to help. AB took everything off and left.

Tampa Bay Buccaneers Head coach Bruce Arians said :“ AB is no longer buc, let's talk about the guys who were on the field and won the game.”

What led Antonio Brown to quit the game and take off his jersey?

Antonio Brown has concerned about the incentive, where if he gets eight catches, he gets a third of a million dollars, and I think that he was concerned that he wasn't going to get that.

Why Buccaneers Head Coach Bruce Arians has benched him?

We know that Antonio Brown has taken out of the game at a certain point. We also know that both him and Mike Evans were on snap counts heading into this game, neither one of them was fully healthy.

Antonio Brown had tweaked his ankle, and so they didn't want him to get too much playing time.