13 Facts About Antonio Brown, the most famous wide receiver in the NFL and Tampa Bay Buccaneers player.

Antonio Brown is one of the most famous wide receivers in the national football league. He played again in Tampa Bay Buccaneers with his team mate Tom Brady, after his retirement from NFL and leaving Pittsburgh Steelers and Oakland Raiders. Let's see what's the top 13 things you didn't know about Antonio Brown. 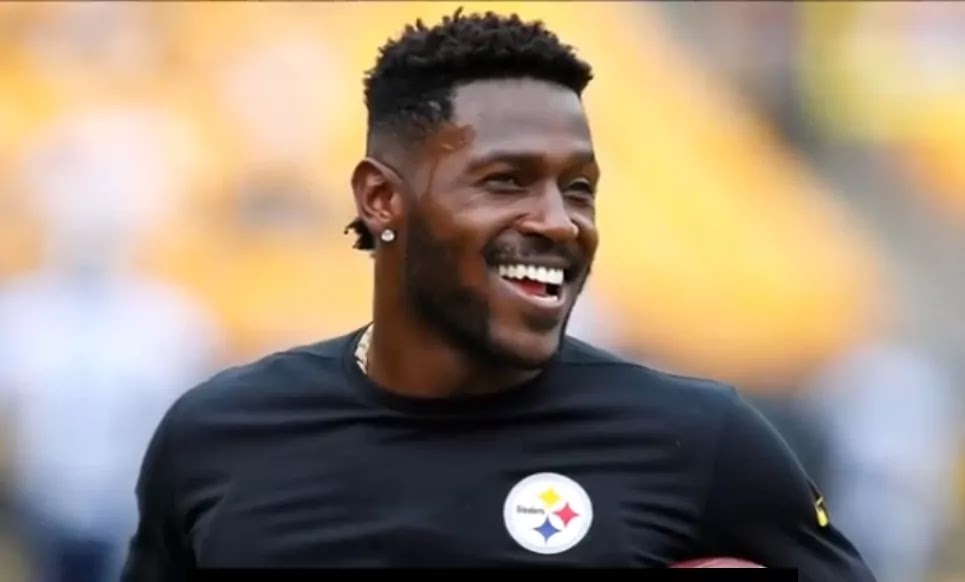 13. Antonio Brown grew up in the Liberty city section of miami where he played for T.Y.Hilton's father as a kid.

He says as a youth, he lacked guidance after leaving home due to conflicts with his stepfather.

In his senior year of high school, during a 6-month stretch, he moved around, staying on whatever friends coaches he could find. At one point, he even stayed with Norland Assistant Coach James Upton, during his year at north carolina tech prep.

He was so thin in high school that his Nickname was "Boney Tony".

Eddie Brown is considered the best Arena Football Player Of All Time. His father played Wide receiver for the Albany Firebirds and collegiate football for Louisiana Tech.

The video, and song portray a positive message of charity and good-will. The part Brown is featured in, shows the two in Miami, taking a mother of five on a shopping spree. She was chosen because even though she doesn’t have to be at work until 9 a.m., her daily commute begins at 4:30 a.m. The transit system in Miami can be treacherous some days, making her trips to and from work up to 4 hours long.

9. Antonio Brown was on “Dancing With The Stars.”

In the 22nd season of the show, Brown was paired with professional dancer Sharna Burgess.The two would finish in 4th-place, being eliminated in the semi-finals.

8. Brown, forever the entertainer, was also on the first season of “The Masked Singer.” 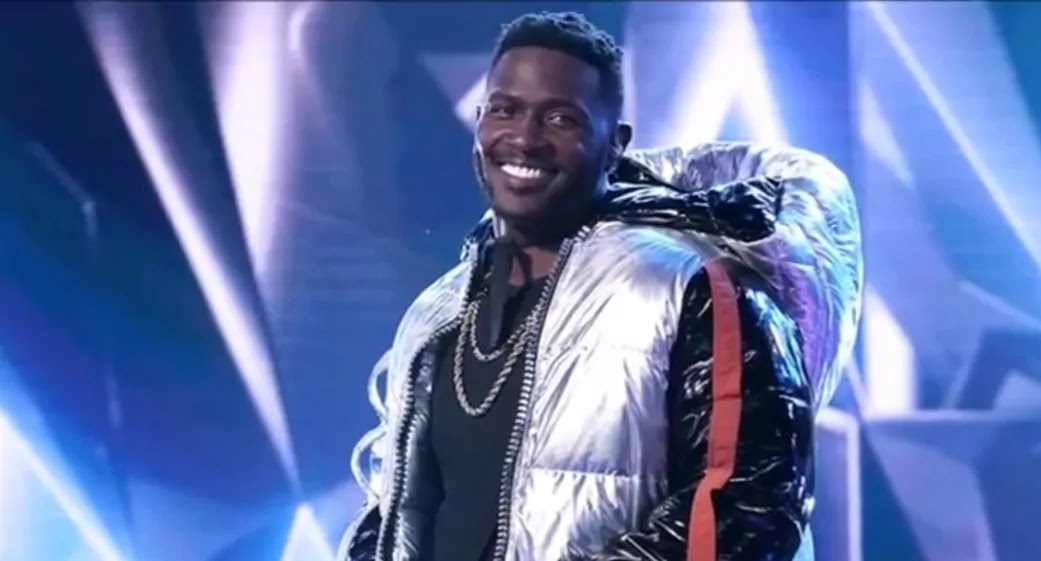 Dressed as a hippo, Brown went on the show, sang “My Prerogative” by Bobby Brown, but would be eliminated in the first episode. 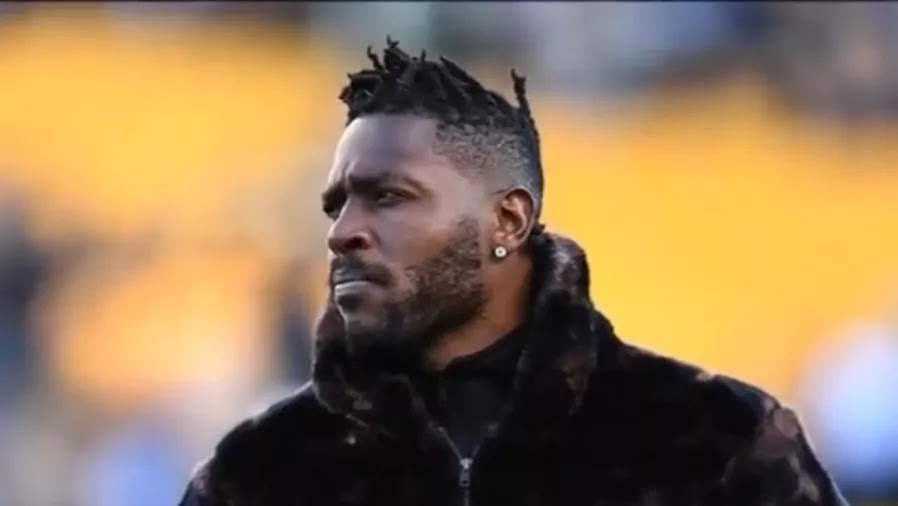 Being the showman he is, Brown has had many different looks over the recent years. From the style that we can only describe as emulating a playing piece from the video game Tetris, to the short, worm-like dreads and blond mustache from earlier this year. It has calmed down for now, but that can definitely change on a whim.

6. Antonio Brown showed up to his first training camp with the Raiders in a hot-air balloon.

It isn’t news that players sometimes show up to training camps in spectacular fashion. Another player was driven up in an armored truck, with a hype-man and a megaphone. Not to be outdone, Brown decided to use the aircraft, which was documented on HBO’s “Hard Knocks.”

5. Antonio Brown has had recent feuds with Ben Roethlisberger and JuJu Smith-Schuster.

Reportedly, Antonio Brown was benched during the December 2018 game against the Cincinnati Bengals for throwing a ball at Roethlisberger. His feud with JuJu was over the team voting Smith-Schuster their MVP, over him.

While in France, getting treatment prior to the beginning of off-season training, Brown took part in cryotherapy. If anyone has ever heard of athletes using an ice bath to reduce swelling and inflammation after training, this is like that, turned to 11.

Brown would not use the correct footwear, which are special socks designed for cryotherapy, and he would get frostbite on the soles of his feet. He currently has to miss full practices because of this. Blisters have formed, and they must heal.

Most recently he reportedly underwent laser therapy to help remove the dead skin. Even though he has been away from the team’s practice facility in Napa, California, Brown has since rejoined the team.

3. In 2018, Brown was accused of throwing furniture from a 14th story balcony in Miami, nearly hitting a toddler.

Antonio Brown had two lawsuits filed against him, one by the parents of the child, and the other by the landlord for damage to the apartment. The suits have been resolved. 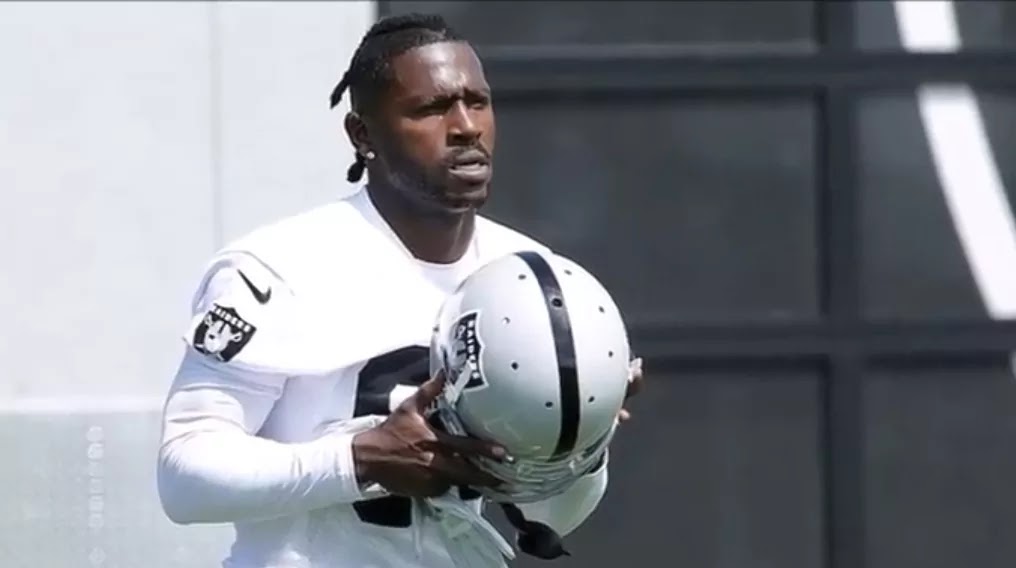 The NFL is constantly updating safety measures. From tackling styles to the equipment the players wear on the field. And while you may know about the grievance he filed against the NFL, here are the details: Recently, the league purged their sanctioned and certified helmets list.

A brand-new list of approved helmets was released, and up to 32 old styles were removed. The committee that the league uses to certify the helmets has a policy against approving headgear over 10 years old. This is significant for Brown because his helmet, is now over that age.

Brown was drafted in 2010, and since then, he has used the exact same helmet. Not just the same model, but the same exact helmet. He had planned on using it in Oakland-even though players were made aware of rules changes years ago, and again in April.

The league told Antonio Brown he could not use his old helmet, and he went nuts. Even as far as threatening retirement. But after his grievance was denied by the NFL, Brown began to search for a newer version of his model.

This is a loophole, as his model is not on the list of approved helmets, so if he finds one less than 10 years old, it has to pass certification. His agent, Drew Rosenhaus has stated they’ve found one, but we shall see if the loophole works. If it doesn’t, Brown will be forced to wear a newer-style helmet, which he claims impairs his vision.

1. Antonio Brown allegedly slept with another man’s wife, prior to them being married.

Buffalo Bills safety Jordan Poyer is married to Instagram model Rachel Bush. Prior to their marriage, but during the courtship, Bush allegedly slept with Brown.

Poyer was a member of the Cleveland Browns at the time, but this is even more significant, because before Antonio Brown was traded to the Oakland Raiders, he was set to head to the Buffalo Bills. Rumor has it, the infidelity is a major reason the trade never happened. The Bills must have assumed having the two players in the same locker room would not be conducive to a happy situation.

That's all 13 Facts You Didn't Know About Antonio Brown, share it with your favorite friends and havefun :)

Here's Antonio Brown stats if you are interested to know.