The Super Bowl 2023 will take place on the night of February 12-13 at State Farm Stadium in Glendale, Arizona. The game begins at 6:30 P.M. ET.
Home
Dallas Cowboys
NFL

Mike McCarthy’s job status will be a hot topic this offseason. Jerry Jones was asked about a possible coaching change and Simpson want Brian Flores.

Mike McCarthy’s job status will be a hot topic this offseason. Jerry Jones was asked about a possible coaching change and Jones didn’t really answer the question. 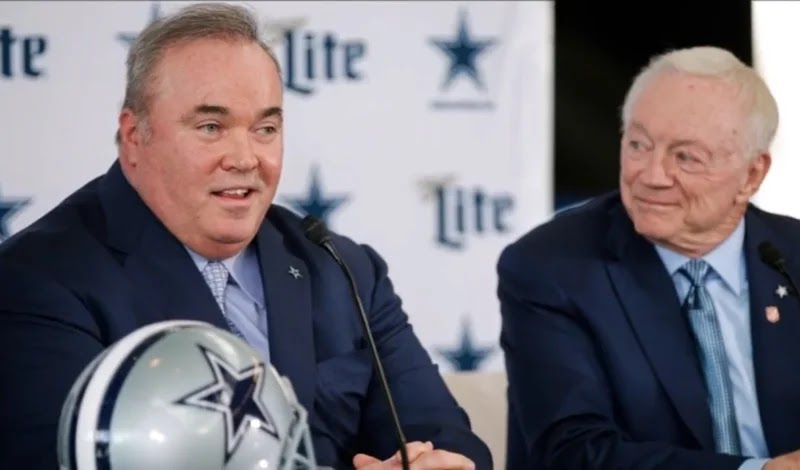 Jones said that he didn’t want to discuss anything like that at this particular time.

However, Jones did take a subtle shot at McCarthy when he said that the Cowboys were unprepared.

McCarthy was also asked about his future as the head coach of the Cowboys and he said that he feels secure.

McCarthy said that he felt proud to be standing here today and that he was proud of his team.

Jerry Jones called the loss extremely disappointing and that he couldn’t remember the last time where he felt so disappointed.

Jones thought that his team was talented enough to have success.

In a final shot at the Cowboys, Simpson stated that Doritos came out with a new flavor of chips called “Nacho Year.”

That’s all, tell us if you think Jerry Jones should fire Mike McCarthy!

Related : Dak Prescott agreed with Cowboys fans who threw trash at the refs