The Super Bowl 2023 will take place on the night of February 12-13 at State Farm Stadium in Glendale, Arizona. The game begins at 6:30 P.M. ET.
Home
Draft
NFL

NFL Draft 2022 Scouting Report : Georgia WR George Pickens. Former five-star recruit. Spent three seasons at Georgia, won the national championship playoffs. In 2020 was named among possible contenders for the NCAA's top receiver in the Biletnikoff Awards. Did not play much last season due to a knee injury he suffered in the spring. For his career, he gained 1,347 yards with 14 touchdowns. 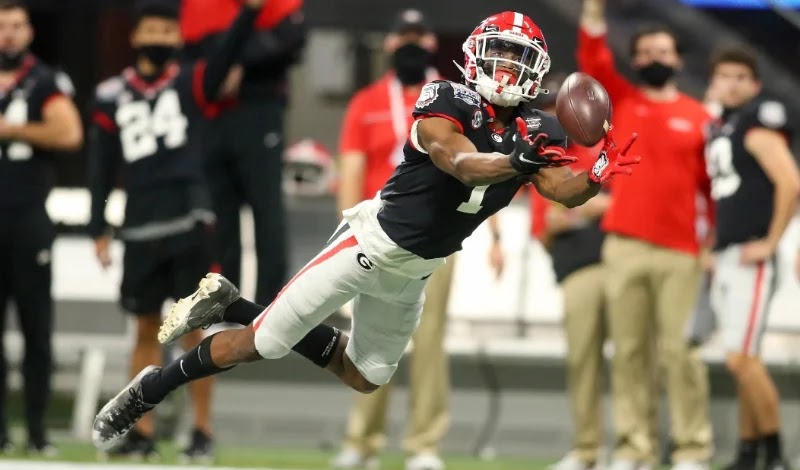 Dimensional and physically powerful receiver. Good in the backfield, although there is room to grow in terms of route running. Pickens has enough speed to run away from a defender, but is primarily a power player. NFL teams may want his blocking skills, and the player's size will be useful in the red zone. The big question before the draft is whether the player has fully recovered from a serious knee injury. Read Also : How The NFL Draft Work.