NFL Draft 2022 Scouting Report: WR Drake London, USC. Started his career in 2019 as a football player, then played several games for the basketball team. Since 2020, one of the Trojans' primary receivers.

The only player in program history to make at least 15 receptions in two games. Drake London Had a streak of 21 games with at least one reception, gaining more than 2,000 yards in his career.

Last year, Drake London was named the best offensive player in the Pac-12, though he only played in seven games. 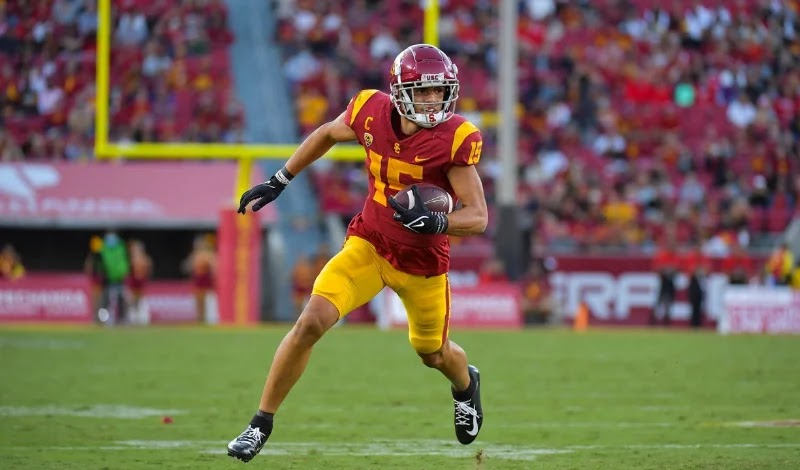 The youngest receiver in this draft class, turning 21 in June. Dimensional and powerful, mostly plays on the edge but has experience at the slot receiver spot. Able to run a large number of routes, beat guard by change of pace, has good catching radius. Gains a lot of yards after the reception. Has the skill set and physicality to become a starter in the NFL from day one. He's an All-Pro level player in the long run.