The Super Bowl 2023 will take place on the night of February 12-13 at State Farm Stadium in Glendale, Arizona. The game begins at 6:30 P.M. ET.
Home
Bengals
Browns

Joe Burrow could be affected by Deshaun Watson's deal

Joe Burrow could be affected by Deshaun Watson's deal. The Browns' decision to sign quarterback Deshaun Watson to a five-year, $230 million contract. 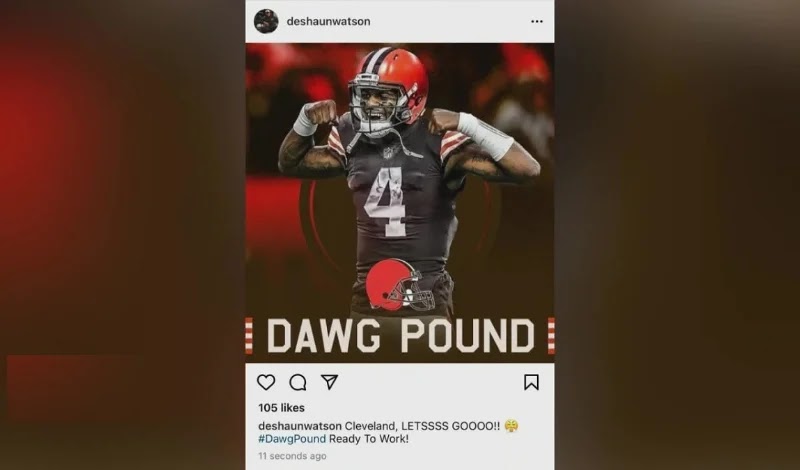 The Browns' decision to sign quarterback Deshaun Watson to a five-year, $230 million contract has sparked a flurry of emotions across the league, including Ravens owner Steve Bisciotti's prediction that “it'll make future discussions difficult with others.”

When it comes to worrying about what Watson's agreement means for their own bid to sign their star quarterback, Bisciotti's team isn't alone in the division. When asked how Watson's signing may affect contract talks with Bengals quarterback Joe Burrow, Bengals executive vice president Katie Blackburn noted last week that “all contracts can have a rippling effect.”

Blackburn said she hadn't looked into the specifics of Watson's contract yet, but she acknowledged that the Bengals haven't always been willing to guarantee large sums of money and that they may need to change their strategy when it comes to their quarterback.

“I don't focus on the guaranteed as much because, in theory,” Blackburn told Jay Morrison of TheAthletic.com, “if the player gets the money at the end of the day, that's what's essential to him.” “If the player is good enough and completes the contract, he is paid. The thing that has always given us pause is if things go wrong for any reason. With the current arrangement, it's not fair for the team in the future if a huge sum of money goes to someone else. As a result, we've always attempted to strike a balance. But, because we work in a world where we recognize that other contracts have consequences, we'll just have to wait and watch how things play out when the time comes. We'll have to pay the cap amount at some time, so we just have to figure out how to make it work in the best interests of the team.”

Related: Joe Burrow: Should You Pick Him in Fantasy Drafts?

Burrow is perfectly positioned to cash in once he is able to sign a new contract, and Watson's deal will undoubtedly be on everyone's mind when it comes time to have those conversations.