NFL Draft 2022 Scouting Report: Kenny Pickett, Pittsburgh's starting quarterback since 2018. Played 52 games during his career, 49 of them starting in the first minute.

Kenny Pickett Had an opportunity to enter the draft in 2020, but exercised his NCAA eligibility to play one more breakout season. Holder of several program records.

Pittsburgh QB Kenny Pickett Scored over 4,000 passing yards in 2021, was one of the Heisman Trophy finalists, was named ACC MVP, and won the Johnny Unitas Award. 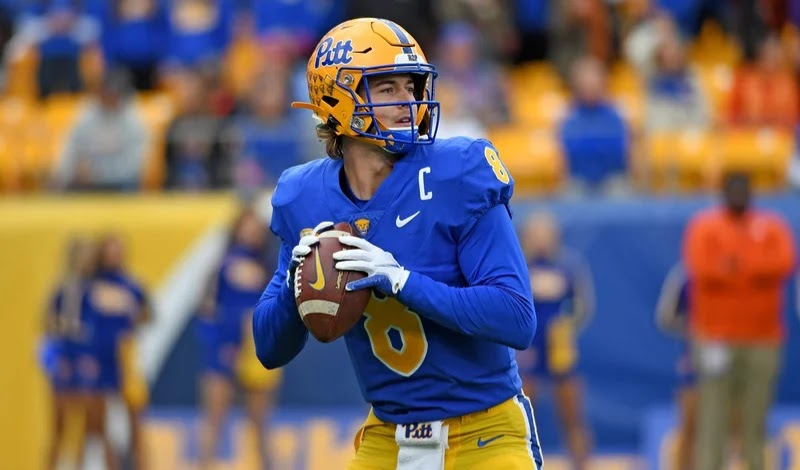 Possesses good size and athleticism at quarterback. Played in a variety of schemes in college, which will make his adjustment to the NFL easier than other passers in this draft class. Possesses good accuracy and leadership qualities. Doesn't always fully read the situation on the field, focusing on his first target. Tends to overplay the ball, causing him to leave the envelope or take an unnecessary sack. Defenders of NFL teams will be punished for this noticeably more often than NCAA players. Could be a solid backup early in his career with prospects of growing into a starting lineup player.