CB James Bradberry signed a one-year deal with the Eagles

Former Giants Pro Bowl CB James Bradberry has signed to a one-year, $10 million agreement with the Eagles. Bradberry is a major post-draft addition who fits in perfectly. 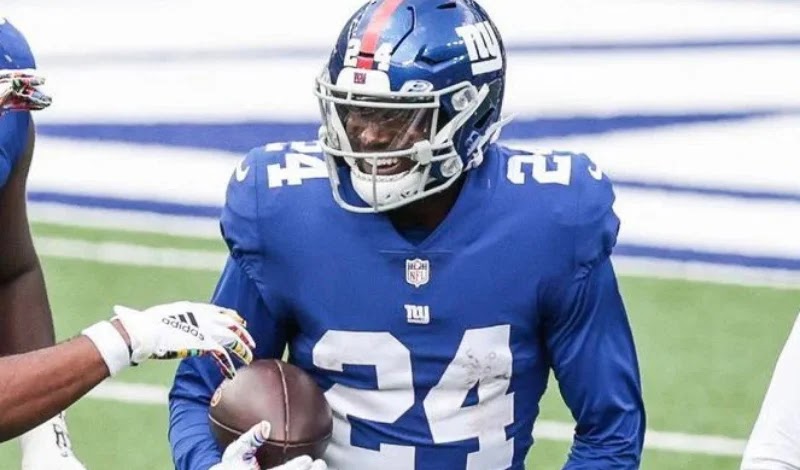 According to a source, James Bradberry's one-year deal with the Eagles will pay him $7.5 million, with $7.25 million guaranteed and another $2.5 million in upside, for a total value of $10 million.

Roster move: Eagles have agreed to terms with CB James Bradberry on a one-year deal.#FlyEaglesFly pic.twitter.com/fa75G9A3DY

Two years after acquiring Darius Slay for third and fifth-round picks, the Eagles waited for James Bradberry's release before signing him outright. In the fold are two seasoned corners.

The Philadelphia Eagles are retooling their defense and improving the talent on their roster with the signing of corner James Bradberry, formerly of the New York Giants, who signed for one year and $7.5 million, which could increase to $10 million if he reaches incentives.

Bradberry was released by the Giants for salary cap impact reasons after being unable to trade him to another team. He was set to collect $13.5 million that year through the 2022 season, with a $21.9 million salary-cap hit.

Now with the Eagles, his base salary will be $7.5 million, with $7.25 million of that guaranteed, plus incentives based on his performance with the team. ESPN's Adam Schefter reported that a total of 11 teams showed interest in signing Bradberry, who decided to stay in the National Football League East.

Bradberry's arrival addresses a need in the Eagles' defense, which needed to fill the departure of Steven Nelson, who left for the Texans, to have someone competent on the opposite side of the ball from Darius Slay.

The 28-year-old veteran corner, who was selected in the second round of the 2016 NFL Draft by the Carolina Panthers, is yet another addition for Philadelphia defensively to counterbalance an offense that was the best running the ball and acquired A.J. Brown on the first day of the draft to improve the aerial attack.

The Eagles build their defense via free agency and the draft with the selection of two members of the NCAA champion Georgia Bulldogs by selecting defensive lineman Jordan Davis and linebacker Nakobe Dean. Bradberry has 15 career interceptions and 82 passes defended.

How good is James Bradberry?

The answer, quite simply, is that he is one of the best cornerbacks in the league.

Bradberry has been a key part of the Carolina Panthers' success, and his play has been a big reason why they are currently sitting at 11-4 and in first place in the NFC South.

He has been especially impressive over the last few seasons, as he has helped the Panthers to victories over the Green Bay Packers and the New Orleans Saints.

In both of those games, Bradberry was tasked with guarding one of the league's best receivers, and he more than held his own.

Against the Packers, he held Davante Adams to just four catches for 44 yards, and against the Saints, he limited Michael Thomas to five catches for 45 yards.

Those are two of the best receivers in the league, and Bradberry was able to limit their production and help his team to victories.

That is the mark of a great cornerback, and it is why James Bradberry is one of the best in the business.