A. J. Brown is a wide receiver for the Philadelphia Eagles. He is known for his incredible catches, speed, and ability to make big plays. Here's the 10 Facts You Didn't Know About A. J. Brown. 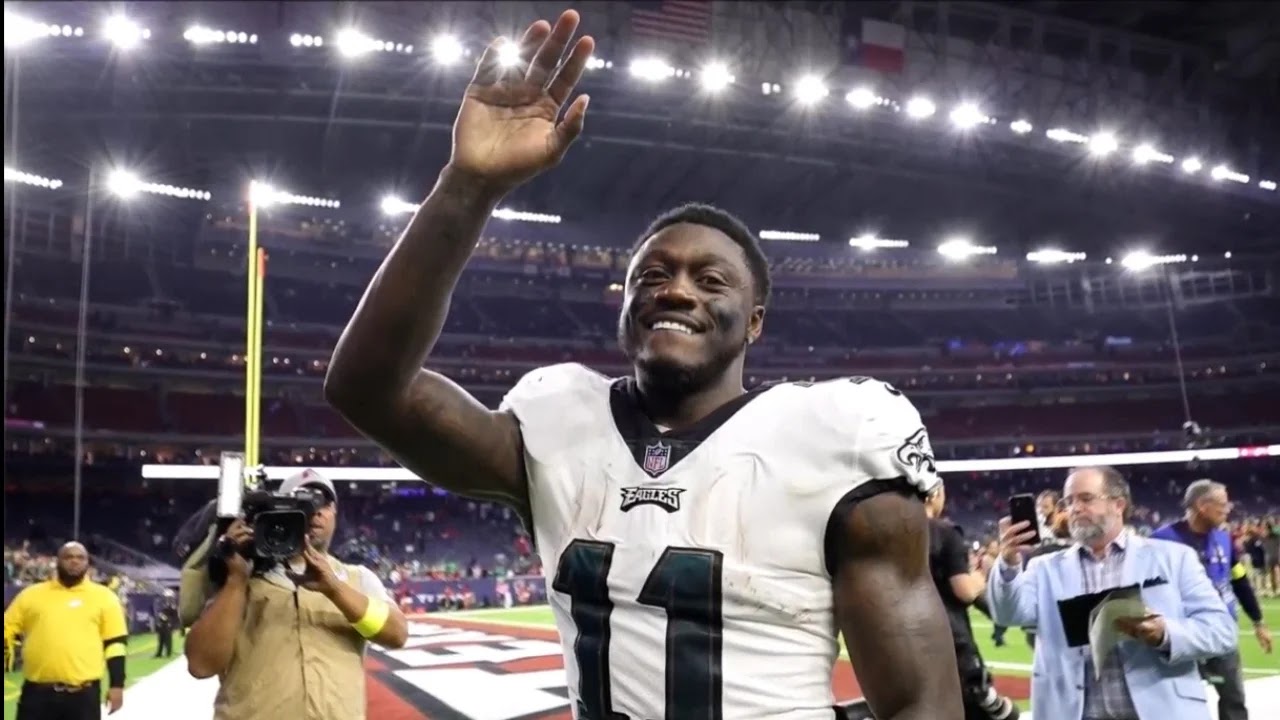 10. The Philadelphia Eagles wide receiver is one of the best pass catchers in the NFL.

However, A. J. Brown had the potential to go professional in another sport. He was a baseball star at Starkville High School in STARKVILLE, Mississippi.

The two-sport star played in Under ARMOUR’S All-American football and baseball games. He was only the second athlete to accomplish this feat.

Arizona Cardinals quarterback Kyler Murray is the only other player to play in Under Armour’s All-American football and baseball games.

9. In 2016, Brown’s success on the diamond led to him being selected by the San Diego Padres in the 19th round of the MLB amateur Draft.

The outfielder signed to play for the Padres farm system, and it looked like he would become the next Deion Sanders.

Brown was unable to play baseball at Ole Miss due to signing with the Padres, but he was still allowed to play football. Shortly after signing with the Padres, Brown decided to put his baseball career on the  back burner. He said he fell further in love with football in high school because he liked scoring  touchdowns rather than hitting home runs.

The wide receiver admits that baseball helped him with his hand-eye coordination, making him a better pass catcher.

Although Brown was more committed  to playing football at Ole Miss, he still spent one week every summer practicing with the Padres organization before returning to the gridiron.

8. A. J. Brown committed to Ole Miss and began playing for the Rebels in 2016 as a true freshman.

Eagles WR A. J. Brown was the number 4 wide receiver in the United States and ranked as the number 36 overall player in the country.

The Philadelphia Eagles Wide Receiver A. J. Brown spent three seasons with the Titans before leaving during the 2022 offseason. His departure from the Titans occurred after the two sides failed to come to terms on a new contract.

The trade sent shockwaves around the NFL, as Brown was one of the Titans’ best players.

The wide receiver not only sought a trade due to money, but due to needing a change of scenery.

6. Even before joining the Eagles, Brown was good friends with Eagles quarterback Jalen Hurts.

The two became acquainted in 2016 when Brown visited the University of Alabama on a recruiting trip. Jalen Hurts attempted to persuade Brown to join the Crimson Tide, but the wide receiver decided to stay closer to home and play for Ole Miss.

5. There isn’t a lot of information about A. J. Brown’s personal life and family.

A. J. Brown parents, Ken Brown and Kasey Pickett are not very vocal and like to stay in the background. There isn’t a lot of information about Brown’s partner either. However, Brown does have children.

A. J. Browns daughter is named Jersee and is currently two years old. Jersee has appeared in social media posts at Eagles practices running with her dad. Brown admitted that after Jersee’s birth, he started looking at life much differently and stopped approaching it  as an individual.

In September of 2022, Brown and his partner welcomed their newborn baby boy into the world. Brown’s son is named Arthur Juan Jr.

The charity “promotes the effective and humane response to crime that minimizes imprisonment and criminalization of youth and adults by promoting racial, ethnic, economic, and gender justice.”

The Sentencing Project isn’t the only charity Brown has worked with during his NFL career. He has also worked with Charity Water to help provide clean drinking water to people around the US.

3. In the summer of 2022, Brown continued his philanthropy work by donating money to his former high school.

After the camp ended, he opened his wallet and donated $25,000 to the Starkville High School football program. The money will help the football program cover a variety of costs throughout the season and add to the department.

2. The NFL is commonly called the “No Fun League” for fining players over silly indiscretions.

The league fined Brown $10,000 in November of 2022 after he taunted two Pittsburgh Steelers’ defensive backs in Week 8.

Brown scored a second-quarter touchdown, and during his celebration pointed toward Steelers cornerback Ahkello Witherspoon and safety Minkah Fitzpatrick during the Eagles' 35 to 13 win. Brown took to Twitter after receiving the fine and wrote, “My two little finger points the other day cost me 5k a piece.” It was Brown’s third career fine. His previous two fines totaled $19,000.

Along with being fined $10,000 for pointing at the Steelers’ defensive backs, Brown was called in for a random drug test the following morning. He once again took to Twitter and wrote, “I would have a drug test this morning huh? Roger this is not random.” The NFL is known for randomly drug testing its players after strong performances.

1. While playing for the Tennessee Titans in October of 2021, Brown experienced a bout of food poisoning that left him bedridden.

Although Brown powered through some practices and games, he still struggled with stomach issues. He contracted food poisoning from eating at a local Nashville Chipotle restaurant. The bout of food poisoning was so bad Brown swore off fast food restaurants for the rest of his life.

After learning about Brown’s food poisoning, the Chipotle organization reached out  to the wide receiver to find out which local Nashville restaurant he ate at. It isn’t clear if Brown is still not eating fast food.

That’s all 10 Facts You Didn't Know About A. J. Brown, tell us where you would rank A. J. Brown among the best wide receivers in the NFL!