Davante Adams is a wide receiver for the Green Bay Packers. His journey to the NFL was anything but easy. Here's 10 Facts You Didn't Know About him.

Davante Adams is a wide receiver for the Las Vegas Raiders. He was drafted by the Packers in the second round of the 2014 NFL Draft. Here is the 10 Facts You Didn't Know About Davante Adams. 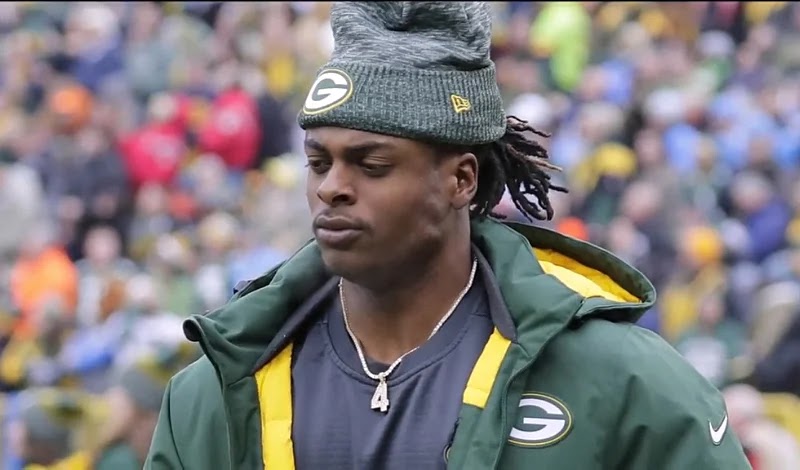 10. Davante Adams may be one of the best wide receivers in the NFL today, but not long ago, Green Bay Packer fans had their fill of the player.

Drafted in 2014, the early stages of Davante Adams’ career witnessed him struggle to catch passes.

In his first two seasons, he dropped a number of passes, many of which would have gone for touchdowns. Fans and coaches were incredibly frustrated with him.

After dropping to 53.2% his second season, his catch percentage has increased year-on-year.

In 2019, his catch percentage was over 65%. His work in practice has surely paid off.

9. The wide receiver was a standout player at Palo Alto High School in California.

Following the completion of high school, he enrolled at Fresno State. Although he attracted little D1 interest outside of California, he did have the chance to attend both San Diego State and Hawaii universities.

Before declaring for Fresno State, he tallied over 1,000 receiving yards and 12 touchdowns in his senior year of high school.

The two married in June of 2018 after first meeting on the campus of Fresno State.

Villarreal is of Mexican heritage and the only daughter of Gustavo and Adelaide Villarreal.

Adams proposed to Villareal in the Bahamas in 2017 and the couple married a year later.

In September of 2019, they welcomed their first child into the world, a baby girl named Daija Leigh.

7. Davante Adams was drafted in the second round by the Packers, slipping down to 53rd overall.

The Fresno State wide receiver was overlooked by teams. In spite of his excellent route running, Adams’ speed did not impress many NFL GMs, coaches, or scouts.

When he debuted in the NFL and struggled catching passes, many of those who overlooked Adams were proven right.

However, since 2017, Adams has been one of the best wide receivers in the NFL.

In the 2014 NFL Draft, eight receivers were taken ahead of him.

Six seasons on, he has proven himself to be better than those eight players. It just goes to show that the NFL Draft is not an exact science.

6. While he shined at Palo Alto High School on the gridiron, he also impressed on the hardwood.

He was a two-star recruit in both basketball and football. At 6 feet 1 inch tall, he had the choice of playing college football or basketball.

However, just like in football, there was little college interest in him for basketball outside of local D1 schools.

In the end, he chose football and had a chance to play for the Bulldogs at Fresno State. Green Bay Packers fans are glad he did.

5. Although criticized early in his career for dropping passes, Adams has blossomed into one of the best wide receivers in the NFL.

In 2019, his skills as a wide receiver moved former Pro-Bowler Chad “Ochocinco” Johnson to tears.

Johnson was overcome with emotion watching Adams’ beautiful route running and began to tear up.

He praised Adams' incredible footwork and how tight his routes were in the video. As Johnson praised the Former Packers Davante Adams, tears ran down his face.

4. In 2017, Adams signed a four-year contract extension with the Green Bay Packers.

The deal runs until the end of the 2021 NFL season. The contract will pay him $58 million by the time it expires.

Since signing the deal, he has averaged $14 million each season.

In 2022, he will be an unrestricted free agent and plenty of teams will seek out his hands and crisp route running in the free agent market.

Who threw those passes to him?

Las Vegas Raiders quarterback Derek Carr threw the passes to Adams as the two ripped up the Mountain West.

In 2013, Adams’ final season at Fresno State, he led the country in receptions with 131. He tallied 1,645 yards which are the most in Bulldogs history.

His 24 receiving touchdowns were a Mountain West record and topped all of D1 football.

2. With such great stats at Fresno State, why were NFL teams put off from drafting Adams?

According to pre-draft analysis, teams didn’t like his size. At just 6 feet 1 inch tall, teams wanted taller receivers capable of catching passes against shorter cornerback. His 40-yard dash wasn’t the fastest either at 4.56 seconds.

Bleacher Report’s draft breakdown of Adams showed just how little websites knew about him as they used a variety of words to describe him as inconsistent.

It also didn’t help that Adams came from a non-power 5 school. Adams has since had the last laugh.

1. In November of 2020, he achieved another career milestone when he helped the Packers to a 34-17 win against the San Francisco 49ers.

According to NFL Research, the wide receiver is the first player in the Super Bowl Era to have 50-plus receptions, gain 600-plus receiving yards, and score eight-plus touchdowns through his first six games of a single season.

Adams’ continued performance in 2020 has led many onlookers, Packers fans and non-Packers fans, to claim him as the best wide receiver in the NFL.

Of course, people who play fantasy football have claimed Adams to be the best wide-out for some time.

That’s all 10 Facts You Didn't Know About Davante Adams, tell us if you think Davante Adams is the best wide receiver in the NFL!