In his 8 years in the league, Aaron Donald has put up incredible numbers that include 441 combined tackles, 226 QBs hits, 150 tackles for loss, and 98 catches, as well as 8 Pro Bowl appearances; he was a 7-time All-Pro selection, won 3 NFL Defensive Player of the Year awards and finally in 2021 got the Super Bowl ring he so desperately wanted, and all of this is no doubt setting him up for a spot in the Hall of Fame. 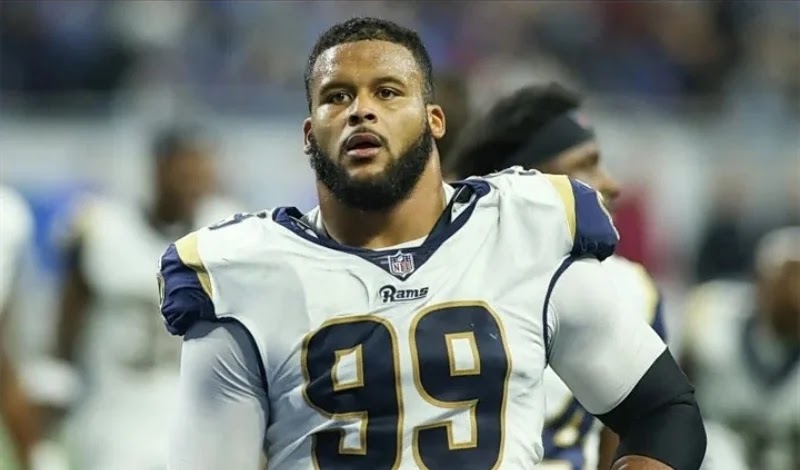 Despite these numbers, Donald has spoken about his future to lobby for a new deal with the Rams, stating that while he would like to play longer after winning the Super Bowl, he would only agree to do so with a suitable contract; and that he would gladly retire if his salary terms were not met. Several times, the 31-year-old lineman has stated that he would retire when he has accumulated eight years in the NFL, a limit he reached at the end of the 2021 campaign.

That means Donald intends to become the NFL's highest-paid defensive player as he pursues a second Super Bowl ring. The Los Angeles Rams began organized team activities (OTAs) on Monday, May 23, but Donald himself was not present, so he is expected to be in attendance in the coming days.

Amid rumors that he is waiting for more money,

What should the NFL's highest-paid DT ask for?

Overall, to reach an annual salary of $30 million with a new contract for Donald, the Rams could tear up the current contract and offer him a new four-year, $120 million contract with $90 million fully guaranteed. Donald's annual salary would be $30 million, and the Rams can only add about $3.5-6 million per season in cap hits. However, Donald would get a new signing bonus of $35 million, plus upfront money, and would guarantee his base salary for the next two seasons.

This figure and the way the Rams will handle Donald's new contract is what could keep the league's best defensive player on the team. Would fans be happy with a new $120 million contract for Aaron Donald, or could his most successful seasons be behind him? Donald's new contract could guarantee his presence within an extraordinary salary cap during his 33- or 34-year seasons.