The Super Bowl 2023 will take place on the night of February 12-13 at State Farm Stadium in Glendale, Arizona. The game begins at 6:30 P.M. ET.
Home
Buffalo Bills
NFL

Everything You Need To Know About Damar Hamlin

Everything You Need to know about Buffalo Bills Safety Damar Hamlin, his years at school & college & NFL, his contract and net worth, injury and more.

As the Football world was shocked by what happened on Monday Night Football, many began to wonder about who Damar Hamlin was and his journey to this point. He is one of the NFL's brightest young stars! 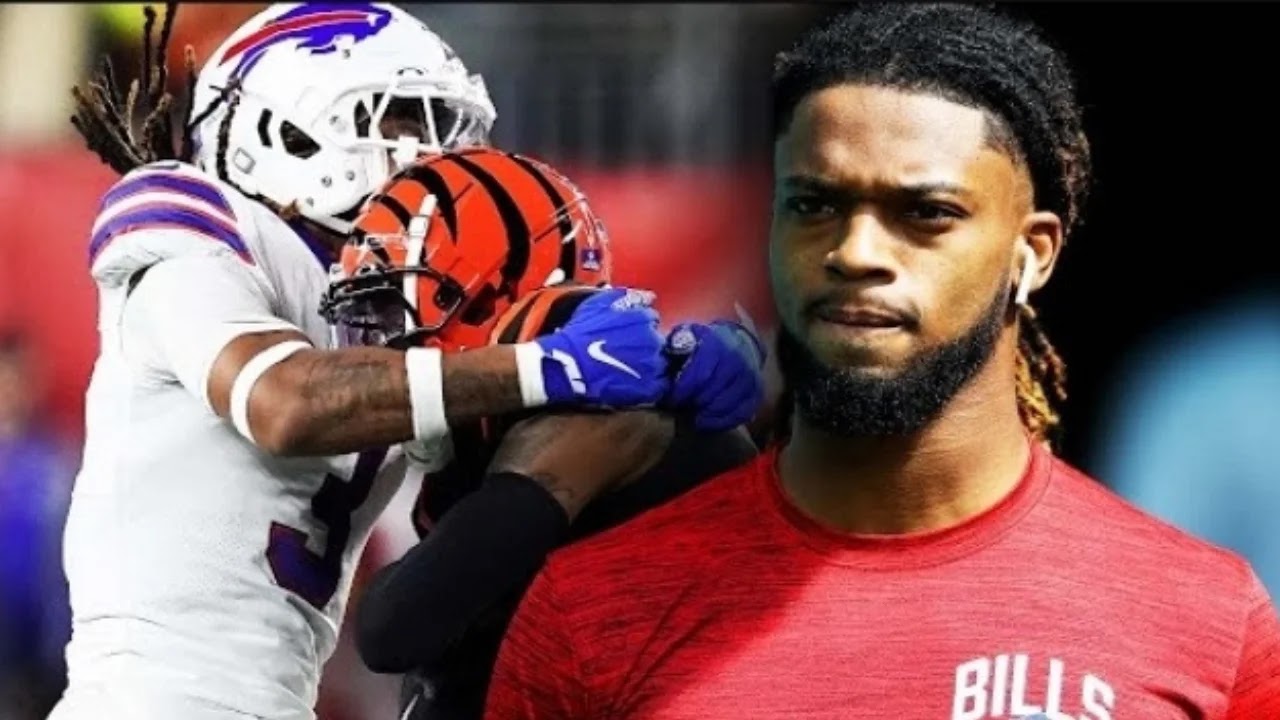 Damar Hamlin has taken the league by storm with his impressive on-field play and leadership abilities, and in this article, we'll take an in-depth look at his background, college career, and NFL journey so far.

Plus, we'll explore his limitless potential and why he's poised to become one of the best defensive backs in the game. Don't miss this chance to get to know Damar Hamlin and discover why he's quickly becoming a household name in the world of football.

Hamlin was born and raised in Pittsburgh, Pennsylvania, where he attended Central Catholic High School.

Hamlin was a top cornerback coming out of Central Catholic and was highly sought after by some of the biggest college football programs in the country, including Pittsburgh, Penn State, Ohio State, and Temple.

He ultimately chose to join the Panthers at Pittsburgh and made an immediate impact as a freshman, playing in three games before a season-ending injury. But he wasn't deterred and used his redshirt year to come back stronger than ever.

As a redshirt freshman, he recorded 41 tackles and one interception in nine games, and by his redshirt sophomore year, he was leading the Panthers with 76 tackles and two interceptions, earning him honorable mention All-ACC honors. He continued to excel as a redshirt junior, racking up 84 tackles and ten passes broken up.

Going into his final season, he was named a team captain and didn't disappoint, leading the Panthers with 66 tackles and seven passes broken up, earning him second-team All-ACC honors.

Hamlin was a force to be reckoned with on the field, and it was no surprise when he declared for the NFL Draft.

At Pitt, Hamlin quickly made a name for himself as a tough, physical defensive back. He played in all 12 games as a freshman, and by his junior year, he was one of the top cornerbacks in the ACC.

In his senior season, he was a team captain and earned first-team All-ACC honors after leading the conference in interceptions.

The Buffalo Bills knew they were getting a gem when they selected Hamlin in the sixth round of the 2021 NFL Draft, and they weren't disappointed. He signed his rookie contract on May 21st, 2021 and hit the ground running.

As a rookie, Hamlin had to work his way up the depth chart and earn his spot on the field. But he showed immense potential in training camp and the preseason, and by midseason, he was a regular contributor on defense and special teams. He finished his rookie year with 17 tackles, one interception, and one forced fumble.

In his second season, Hamlin took a big step forward. He earned a starting spot at safety and quickly became one of the leaders on the defense. He finished the year with 78 tackles, two interceptions, and one touchdown.

At just 24 years old, Damar Hamlin has already proven to be a valuable asset for the Buffalo Bills. He became a starter this season after Micah Hyde suffered a season-ending neck injury in Week 2, and Hamlin stepped up to the challenge, leading the team in tackles and adding a sack in a tough 20-17 loss against the New York Jets in Week 9.

So, just how much is Damar Hamlin making under his contract with the Bills?

It's important to note that this contract also includes bonuses and incentives based on Hamlin's performance on the field, so his actual earnings could be higher.

Hamlin's net worth is estimated to be around $2 million. This includes his salary from the NFL, as well as endorsement deals or other income sources.

One of the ways that Hamlin has chosen to give back is through his involvement in the Boys & Girls Club of Western Pennsylvania.

As a native of Pittsburgh, Hamlin has a strong connection to the organization and has worked with them in various capacities over the years.

In 2019, Hamlin hosted a charity golf tournament to raise funds for the Boys & Girls Club, and in 2020, he participated in their annual Thanksgiving Food Drive. He has also made several personal donations to the organization and has spent time volunteering his time and resources to help make a difference in the lives of young people in his community.

In 2020, Hamlin started organizing the toy drive in his hometown of McKees Rocks, Pennsylvania and it quickly became a much-anticipated event in the community.

Shortly after his January 2, 2023, in-game injury and critical condition. And in the midst of all this, something amazing happened - the GoFundMe campaign for Hamlin's 2020 toy drive, which had set a goal of $2,500, received a massive influx of donations.

In just a matter of hours, the campaign had raised over $7 million dollars !It's clear that Damar Hamlin is passionate about using his platform to make a positive impact in the world. His charitable work is just one example of the many ways he is making a difference.

It was a night that will go down in NFL history as one of the most shocking and heartbreaking moments in the game's history.

On January 2, 2023, during a Week 17 game against the Cincinnati Bengals on Monday Night Football, Damar Hamlin collapsed on the field after tackling wide receiver Tee Higgins.

The scene on the field was chaotic and heart-wrenching as Damar Hamlin collapsed motionless after the tackle. But the team trainers and paramedics were at his side within seconds, initiating CPR and administering defibrillation as they fought to save his life.

The ambulance was brought onto the field just four minutes later, and Hamlin was given oxygen and an IV before being placed on a stretcher and transported to the University of Cincinnati Medical Center at roughly 9:25pm. There, he was reported to be in critical condition and was intubated.

Later, the Bills reported that Hamlin had suffered cardiac arrest and that his heartbeat had been restored on the field. It was a tense and emotional moment as players from both teams gathered around Hamlin, kneeling or standing in solidarity as they prayed for his recovery.

As the news spread across the country, fans and players alike held their breath, praying for Hamlin's recovery.

The game, which was 7-3 at the time of the incident, was suspended according to the NFL's emergency-situation rules, and later postponed indefinitely.

The following day, the NFL released a statement saying that the game would not be resumed that week.

The thoughts and prayers of the entire football community are with Damar Hamlin and his family at this difficult time.

As the news of Damar Hamlin's collapse spread like wildfire across social media, the entire football community came together to offer their support and prayers.

From players and teams to fans and media outlets, everyone was rallying behind Hamlin and his family.

The following day, all 32 NFL teams changed their profile pictures on Twitter to a picture of Hamlin's jersey and a message urging people to pray for him.

Players like Tee Higgins and Ja'Marr Chase offered their condolences, and even Buffalo Bills quarterback Josh Allen took to social media to ask for prayers saying, “Please pray for our brother!”

Fans and supporters began gathering outside the University of Cincinnati Academic Health Center to show their support and offer their prayers. It was a touching and heartwarming sight as people came together in the face of tragedy.

In the hours after the incident, the lights on Paycor Stadium, the location of the game, were lit up in blue in honor of Hamlin, as were the lights on Fifth Third Bank's headquarters on Fountain Square. And on the evening of January 3, Niagara Falls was illuminated in blue as a show of support for the young athlete.

That's All Things You Need To Know About Damar Hamlin.