The Super Bowl 2023 will take place on the night of February 12-13 at State Farm Stadium in Glendale, Arizona. The game begins at 6:30 P.M. ET.
Home
Bengals
Buffalo Bills

The only thing that matters is Hamlin's life

Dramatic injury forces suspension of Bills-Bengals game. Winning is not the only thing. Today, the only thing that matters is Damar Hamlin's life. 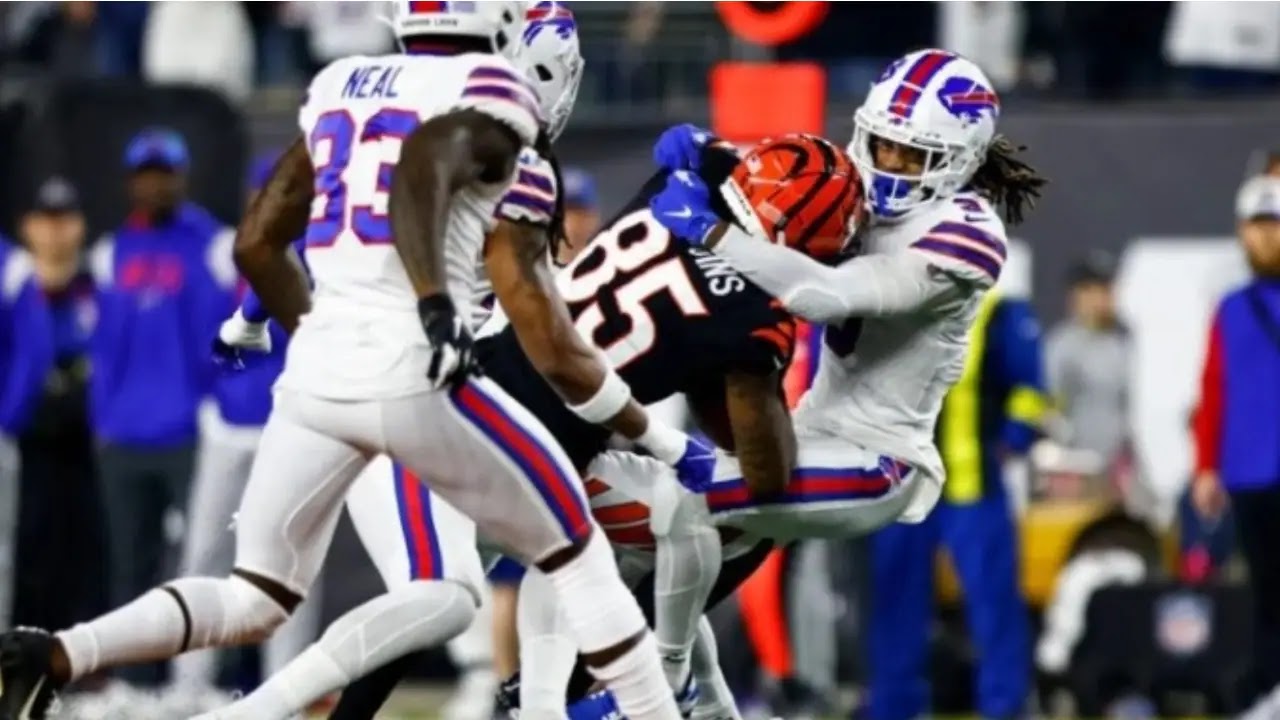 Buffalo Bills safety Damar Hamlin is in critical condition at the University of Cincinnati Hospital after collapsing on the field after being hit by Bengals wide receiver Tee Higgins.

Our thoughts and prayers are with Damar, his family and the Buffalo Bills ❤️💙 pic.twitter.com/A03jGU4J9S

According to reports, Hamlin had to receive cardiopulmonary resuscitation on the field before being removed by ambulance and transported to the hospital for further treatment.

The NFL, the NFLPA (the players' union) and the hospital will not release an update on the player's health condition or what will happen with the Bills-Bengals game, keeping in mind that the only thing that matters at this time is Hamlin's life.

The Bills and Bengals have both left the field and the game has temporarily been suspended. pic.twitter.com/pb4QZPgHtn

With 6:12 to play in the first quarter, Tee Higgins caught a pass from Joe Burrow on a crossing route and after going 13 yards, collided with Damar Hamlin, who took a hit to the chest as he tackled Higgins.

Hamlin sat up almost immediately, only to collapse dramatically, falling backwards and suffering a blow to the head. What happened next is unlike anything that has ever happened in a game or been recorded in NFL history.

After stabilizing him on the field, giving him cardiopulmonary resuscitation and transporting him to the hospital, everything else is put on the back burner.

Hours after the incident, the Bills released that Hamlin suffered cardiac arrest in the game and is sedated and in critical condition.

Damar Hamlin suffered a cardiac arrest following a hit in our game versus the Bengals. His heartbeat was restored on the field and he was transferred to the UC Medical Center for further testing and treatment. He is currently sedated and listed in critical condition.

Most of the Bills players returned to Buffalo last night, although some decided to stay in Cincinnati to check on their teammate's health.

Today, the only thing that matters is Hamlin's life and that he recovers as soon as possible, the rest is the least of it.