Both teams, Cleveland Browns and Steelers have only one defeat in the first 5 weeks in the 2020 season. Here's a preview of the game of the week.

There is nothing more beautiful than intra-divisional team showdown! After all, victory in such games is worth its weight in gold, and even if any team is not in the best shape, it will always find motivation to give a fight to the opponent and give all its best. We add to this that The Steelers and Browns have only 1 defeat in the starting 5 weeks. Well, on top, like the icing on the cake, let's add last year's incident in the last game. Then the Browns' defensive end Myles Garrett, at the end of the won game after the next rally, decided that performance would not be enough and, having ripped off the helmet from quarterback Mason Rudolph, decided with the help of him to prove his case. All this ended in a scuffle, many penalties and Garrett's suspension from 6 games. Putting it all together, you can be sure. 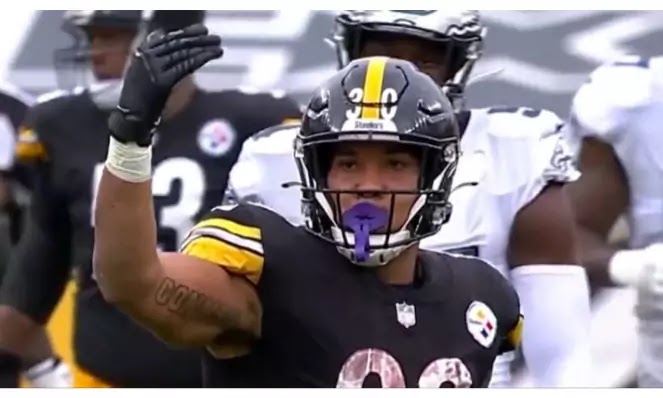 The home team is approaching the game as one of four teams that have not experienced the pain of defeat in the current championship. It seems to sound impressive, but only the teams were defeated, which for four from the beginning of the championship were able to earn only 3 victories, and the strongest opponent was Philadelphia Eagles, in which half of the team is in the clinic. Therefore, the current game will be a real test of how strong the Steelers really are.

All Pittsburgh fans were thirstily awaiting Big Ben's return, but it seems that age is taking its fee, and he is gradually turning into a kind of “game manager”, like Alex Smith and Teddy Bridgewater. We see less and less “bombs” in his performance, while the percentage of short programs is growing inflexible. Ben is now the league leader in less than 10 yards passing percentage! Is it good or bad? If you have receivers around you who can earn yards from reception by their actions, then this can be a great tactic. But the line-up of Steelers is young (the oldest is 27-year-old tight-end Eric Ebron), promising, and they all play an important role in the passing offense! Striking is the team's ability to find diamonds in the later rounds of the draft. First there was Antonio Brown, after him in 2017 JuJu Smith-Schuster, Diontae Johnson was drafted in 2019 ... And this year in the second round, the wide receiver of Notre Dame Chase Claypool was selected, who just split into the League! At first everyone thought that he would fight for the position of the third receiver in the team, but at the moment he shows that he can and SHOULD be the main target on deep round. He is athletic (height 193 cm and weight 107 kg), he can compete for the ball due to his size, but, in addition to all this, he has excellent speed and mobility (I would compare him with the “igniting” now in the Seahawks “D.K Metcalf). All this has already allowed him to score 261 yards on 13 receptions (in terms of the average number of yards at a reception, he is in the TOP-5 in the League), of which 119 were recruited immediately after the catch!

Midfield challenges are posed by the last mentioned tight end Eric Ebron (156 yards on hold), receivers Diontae Johnson (147 yards) and James Washington (117 yards). Well, on short round, JuJu Smith-Schuster is actively used, which with our feet is great at throwing rallies (121 out of 188 yards he earned after receiving), and running back James Conner.

The question “how to stop this multi-headed hydra?” — Will be a headache for Browns Defense Coordinator Joe Woods. Yes, until now the team managed to effectively force losses (6 interceptions and 6 forced fumbles), but injuries do their dark job. Now the participation in the match of Ronnie Harrison and Carl Joseph, who play in the position of strong safety, as well as corner back Kevin Johnson is in question. Yes, Denzel Ward and Terence Mitchell remain in the cage and will have to make every effort to stop the receiver. But I believe that in the current game, even more responsibility will fall on the shoulders of the defensive line and Myles Garrett in particular. In the first games of the season, he just flew around the field, was the driving force behind this defense and a real candidate for the title of the Best Defense Player at the end of the year. He already has 6 sacks and 18 pressure on the quarterback! 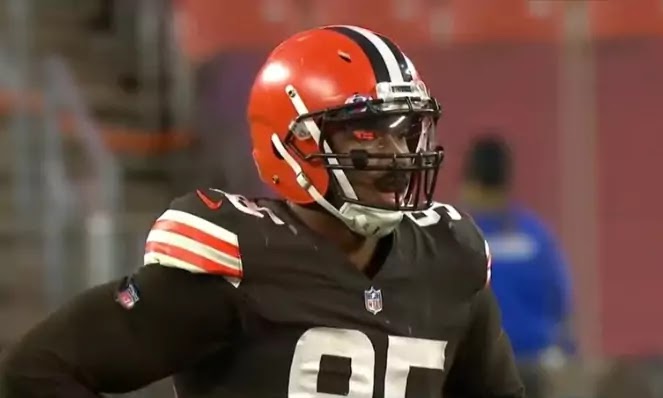 And what about the offensive line, which has changed so much this year? The impulse was the three people who came to the team's camp this off season. General Manager Andrew Berry first decided to “improve” the offensive line and fill it with two tackles, which immediately came to the bench. Jack Conklin was signed for the right tackle position, and Jedrik Willis was later drafted to cover Baker Mayfield's blind side.

The next important signing was the invitation of Bill Callahan as a line coach. The quality of this specialist is proved by his track record: he coached the Raiders in 2000 and the New York Jets in 2009, when they were the leaders of the league in offensive, as well as the Dallas Cowboys in 2014, with which DeMarco Murray became the league leader in outright yards (1,845 yards). With the arrival of Callahan, the quality of the offensive line has improved significantly and even players like Wyatt Teller, who were on the team last year, began to look completely different. And, of course, the decisive factor in all this was the signing of Kevin Stefanski as head coach. He performed well last year with the Minnesota Vikings and has now brought the same concepts to the Browns' game. And it immediately bore fruit! The Browns are the best offense in the League (942 yards), ahead of even the Baltimore Ravens. Despite the loss of Bradley Chubb, this offense seems unstoppable. Kareem Hunt and D'Ernest Johnson continue to clear the ball effectively and are still hard to get numb.

Therefore, the most important challenge of the game will be “in the position” between Cleveland's progressive offensive line and the Steelers' pass-rush. Blitzburgh, led by T. J. Watt and Bud Dupree, looks even more impressive this year. In 4 games, they already have 20 sacks in their assets with 73 pressure on the quarterback. There are enough players in the defensive line who can easily outplay opponents 1 on 1. Also, active support of the line during the blitz is provided by corner back Mike Hilton (by the way, he is the most blazing corner back in the League) and linebacker Devin Bush. But the use of blitz has its negative consequences, as you expose the rear, and the opponent can easily take advantage of them. If we look at the start of the season, Pittsburgh's opponents have earned the most yards through the center zone on the middle round. Can Baker Mayfield take advantage of this? Will he match with this load? I have big doubts, as we already saw Baker under big pressure in the first game of the season against the Ravens, and nothing good came of it. If he predictably runs out of the covering to the right side (as he does in most situations) in the hope of finding someone on the line, then Cleveland is not to dream of any victory. If he can calmly work out of the cover and look For opening targets, then there may be a chance.

By the way, about “scores”. There can be problems with them, as the main receivers did not participate in training on Wednesday and Thursday. And if Jarvis Landry has rib problems, then Odell Beckham was sent home Thursday with an unconfirmed illness. Let's hope that this is not COVID-19 and this fact will not have any impact on the team.

As a result, I am leaning towards the victory of the Steelers, who should extend their unbeaten streak to 5 games. For the Browns, the defeat in this game will not put an end to the season, as their further schedule gives reason to hope for getting into the playoffs.