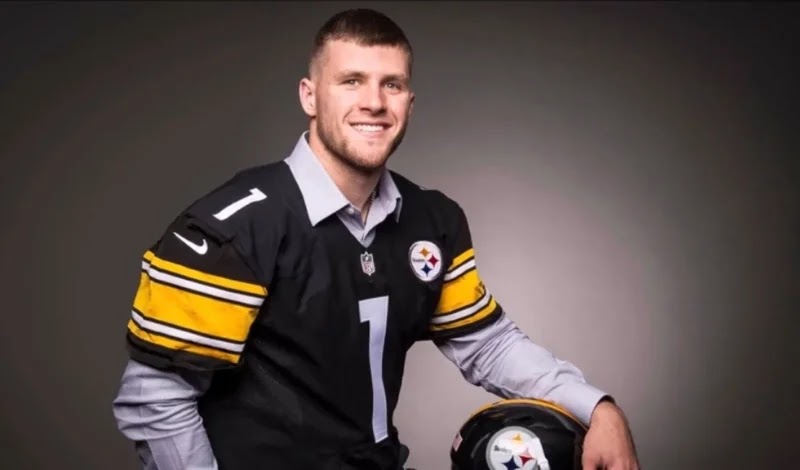 J.J. Watt plays for the Houston Texans while Derek also plays for the Pittsburgh Steelers. The trio are notoriously competitive with each other and their desire to compete began at an early age, playing sports in the family’s home basement.
While living in Waukesha, Wisconsin, the trio turned every workout at NX Level Fitness Center into a competition, according to the club’s owner Brad Arnett.
Whether it was lifting weights, sprints, medicine ball throws, or any other type of workout, each brother wanted to be the best. Their desire to compete is one reason all three made it to the NFL.

Selected as a linebacker, he was not originally a defensive player, which is remarkable as he has excelled as a pass rusher. He was recruited by the University of Wisconsin to play as a tight end.
In fact, he was a highly rated pass catcher and blocker coming out of high school. However, a dislocation of his kneecap put him on the sidelines for a longer period. It took around five months for him to recover from the initial injury.
Once he returned, the Wisconsin coaching staff suggested he move to the defensive side of the ball to preserve his knees and prolong his football career. It was a wise move. Steelers LB T.J. Watt is now a three-time NFL Pro-Bowler.
Related : 10 Facts You Didn't Know About Najee Harris

8. Injuries and moving to defense meant T.J. Watt played a mere 22 games for the Wisconsin Badgers at linebacker.

In spite of the low number of games at the position, he was highly sought-after by several NFL teams in 2017. One of the main reasons for NFL teams seeking to draft T.J. was due to his family’s reputation.
Scouts stated T.J. had a “non-stop motor” which made him a great prospect. It is a non-stop motor that his brothers are also said to possess.

A three-star high school recruit, T.J. nearly missed out on playing for the Badgers. Tight end Scott Orndoff had originally committed to Wisconsin, but decided against playing for the Badgers when coach Joe Rudolph left Wisconsin for Pittsburgh University.
T.J. Watt was able to take Orndoff’s place. Had Orndoff not decommitted and gone to Pitt instead, T.J. may have been forced to take an offer from Northern Illinois or Minnesota, two teams that recruited him.
The Steelers linebacker may never have made it to the NFL had he gone to another school.

Fitness experts claim that a 50-inch box jump is an impressive accomplishment. The box jump shows an athlete’s mobility and explosive power.
In 2015, TJ was videoed completing a 61-inch box jump, showing he is superhuman in the weight room. A 61-inch box jump equates to a person standing 5-feet 1-inch tall. The jump is incredibly impressive, but considering T.J. weighed 293 pounds and stood 6-feet 5-inches tall at the time, it is even more remarkable.
Related :10 Facts You Didn't Know About Tyrann Mathieu

Not only are they both tremendous pass rushers, but they are attracted to professional soccer players. J.J. married Chicago Red Stars player Kealia Ohai in 2020 after the couple dated for around four years.
Not to be outdone, T.J. Watt is currently dating Dani Rhodes, a former Wisconsin Badgers women's soccer star and current member of the Chicago Red Stars, alongside Ohai.
T.J. Watt Pittsburgh Steelers OLB and Rhodes could follow in the footsteps of J.J. and Ohai in the near future and walk down the aisle. The couple have been together since T.J.was a student at Wisconsin University.
Related : 10 Facts You Didn't Know About Austin Ekeler

4. As previously mentioned, T.J’s older brothers J.J. and Derek both play in the NFL.

When the Steelers played the Texans early in the 2020 season, it was just the second time in NFL history, since 1927, that three brothers played in the same NFL football game.
Just a year before the Watts all suited up for the same NFL game, Tremaine, Terrell, and Trey Edmunds all played in the same game as the Buffalo Bills took on the Steelers.
Related : 10 Facts You Didn't Know About Aaron Jones

3. T.J. Watt may be a three-time Pro-Bowl football player for the Pittsburgh Steelers, but football wasn’t his first sporting love.

He was an excellent ice hockey player growing up in the snowy, cold hockey-loving state of Wisconsin. He was a center and apparently a very good one. He played ice hockey from the age of two up to 11, when football took over his life.
He was such a good ice hockey player that he played for traveling teams that competed in tournaments in Canada and Europe. He decided to focus on football after ice hockey’s practice, game, and financial demands became more than what his family could do or afford.

2. T.J. Watt is the latest in a long line of great Steelers linebackers and his abilities were on display in his first season with the team.

The Pittsburgh Steelers have had some amazing linebackers over the years including Jack Lambert, Kevin Greene, Greg Lloyd, and Jack Ham. T.J. is the latest in a long line of great Steelers linebackers and his abilities were on display in his first season with the team.
T.J. Watt was the first rookie outside linebacker to start in a season opener for the Steelers since Aaron Jones did it in 1988. Famous Steelers linebackers such as James Harrison, Joey Porter, Lamar Woodley, and Jason Gildon did not start a season opener for the Steelers as rookies.
Related : 10 Facts You Didn't Know About Tyreek Hill

1. T.J. Watt has experienced his fair share of adversity.

The knee injuries he suffered while playing for the Wisconsin Badgers were so bad that they not only influenced him to change positions, but he had to undergo two knee surgeries, one on each knee.
According to T.J., his kneecap injuries were due to genetics and had he not undergone operations on both knees, he may have suffered further injury issues and never made it to the NFL.
That’s all 10 Facts You Didn't Know About T.J. Watt, tell us if you think T.J. will end up being a better player than his older brother J.J.!
Covers everything about NFL, NFL Draft, NFL News and Rumors, Super Bowl, best NFL players in history, best NFL players, NFL Mock draft and more. YouTube TV NFL.