On December 22, 1941, the NFL Draft took place in Chicago. The Pittsburgh Steelers have nominated future Hall of Fame Virginia midfielder Bill Dudley under the overall number one. He had his best season in 1946, becoming the NFL's best in yards and interceptions, and winning the League MVP. 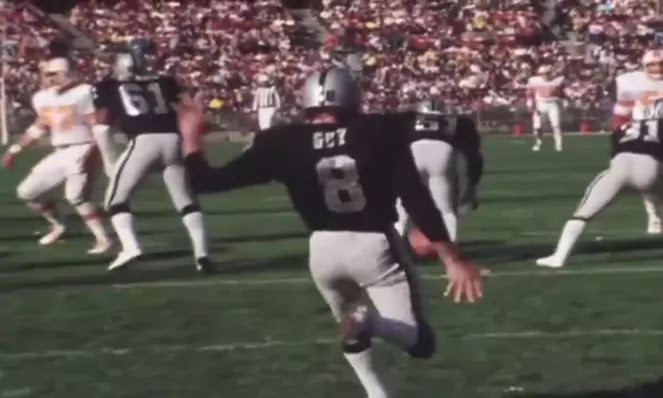 Last year on this day, the New Orleans Saints beat the Tennessee Titans 38-28, and their receiver Michael Thomas made his 144th move in the championship, breaking the league record. The previous achievement lasted seventeen years, and Thomas eventually raised his bar to 149 receptions.

Ray Guy, arguably the best punter in league history, three-time Super Bowl winner with the Raiders, and a member of the College and Professional Football Halls of Fame.

William Ray Guy was born on December 22, 1949, in Swainsboro, Georgia. After graduating from high school, he entered the University of Southern Mississippi. In the team, Ray served as a kicker and a punter. In one game, he scored a 61-yard field goal in snowy conditions, and in another he shot a 93-yard pant. In his senior year, Guy was the team's starting safety, making eight interceptions and setting a college record.

In the 1973 Draft, the Raiders picked him as the 23rd overall. Ray became the first clean punter in history to be drafted in the first round. He was distinguished by a hitting technique, after which the ball hovered over the field so that the team players had time to take the necessary positions and practically excluded the possibility of returning. Football historian Joe Horrigan has said of Guy that he is the first footballer to actually win matches. Ray spent thirteen years with the team, playing 207 regular season matches. During this time, he shot 1,049 punts, 210 of them landed inside the 20-yard line and only 128 ended up with a touchback. At the same time, the league began to keep similar statistics only for the fourth season of Guy's professional career. With the Raiders, he won Super Bowls XI, XV and XVIII. The league included him in the 1970s All-Star squad, the league's 75th and 100th Anniversary teams. In 2008, he was elected to the College Football Hall of Fame. In 2014, Ray became the first ever punter and second after Jan Stenerud as a clean hitter to be inducted into the Professional Football Hall of Fame. Ray Guy has been named the Best Punter of College Football award since 2000.