Michael Thomas is the New Orleans Saints' player, who plays as a wide receiver. He is one of the most acclaimed players on the team. He was the second-round pick in the 2016 Draft. Here's the 10 Facts You Didn't Know About Michael Thomas. 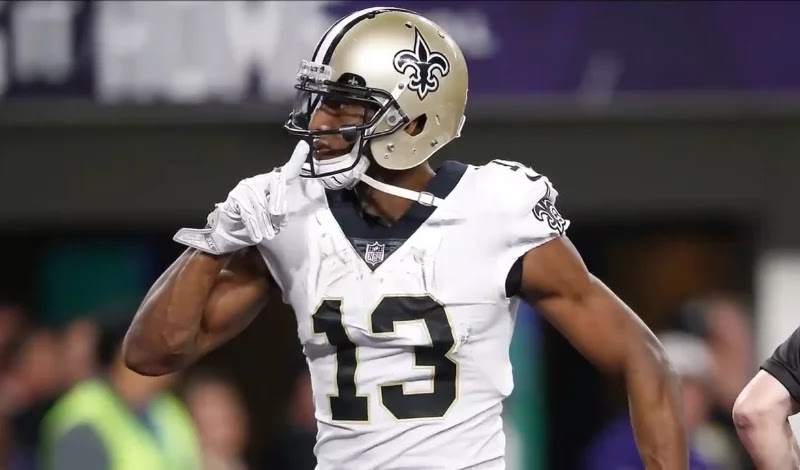 He was, like many NFL stars, a transfer in high school, but he finished his career at Southern California’s Taft High School. He attended the Westlake Village Oaks Christian School as a freshman, was homeschooled as a sophomore, but finally joined Taft High School. He had 86 receptions for the Toreadors during his senior year, performances that saw him dubbed the most improved in the Southern California Region.

Many football stars are seen straight away in high school for the stars they are. For Thomas, things were not always as clear that he would be a star.

In his early years, his father describes him as one of those players coaches would have to put in for at least a few minutes because he had paid the money to be on the team. He had a tiny build and most people perhaps were afraid that he would get hurt. It was not until the latter years of his high school career that he truly came into his own.

According to his high school coach Matt Kerstetter, he had to learn the system and get a little stronger. He eventually did and starred for his high school, breaking many state records in the process.

Saints WR Michael Thomas made a strong early impact in his career at New Orleans, finishing his second season in 2017 with 104 receptions.

This was 5 higher than the record previously set by Jimmy Graham, who had 99 catches in a single season in 2011.

The bigger record, though, was the record 196 catches he set in his first two seasons, which were the most for any receiver in the first two years of their career.

Not the conventional route for many football players, but Thomas attended the Fork Union military school after high school. He would eventually find himself with Ohio State teammate Cardale Jones, striking a friendship with him as they later went on to college together.

Even though most people thought it was bizarre that he would attend the Virginia military school, for him it was always part of the plan, a necessary step in his journey towards maturity.

6. Michael Thomas' father helped out in his growth.

His father realized early that he would not succeed without radical changes and took it upon himself to help him bulk up. He would research workouts on the internet and have him partake in them.

One of this involved him famously using grip masters, devices he would use to strengthen his hands, compressing the spring-loaded coils as he walked through the halls, much to the amazement of his friends and teammates.

Eventually, these workouts delivered for him, getting him much stronger and agile.

Saints wide receiver Michael Thomas comes from a family with a famous star; he is the nephew of former NFL wide receiver Keyshawn Johnson.

Johnson played in the NFL for 11 seasons and was the number 1 pick in the 1996 NFL Draft. He played for the New York Jets, Dallas Cowboys, Tampa Bay Buccaneers, and the Carolina Panthers. He retired in 2006, spending another 7 years as a TV anchor for ESPN. Johnson played a significant part in Thomas’ football career.

Thomas’ parents would take him to go watch Johnson’s games when he was as young as 2 or 3, instilling the passion in him from an early age.

4. Michael Thomas is very secretive about his dating life.

Wide receiver Michael Thomas was always secretive about his life on and off the field, and even though he has now started to become quite the talker, he still maintains a relatively quiet private life.

Little is known about his dating life, past or present. He does not seem to be engaged in any serious romantic relationship, at least not in the public sphere.

3. Michael Thomas is one of the highest-paid wide receivers in the league.

After holding out from training camp in 2019, he received a five-year contract worth $100 million, with $61 million guaranteed.

This deal, which locked him up with the Saints until 2024, would make him the highest-paid wide receiver. This big-money move also made him the first skill-position player that the Saints would pay more than $10 million annually.

His first deal as a rookie was worth $5.1 million, with only about $2.6 million guaranteed.

2. Michael Thomas has a strong commitment to charity.

He is heavily committed to charity work in New Orleans, helping out with various charities in the city. He works with charities that mainly help homeless and low-income individuals, giving them food and other basic needs.

His passion for charity is driven by his late grandmother, to whom he swore that he would always use football to make a difference in people’s lives.

Curiously, his sporting idol is Allen Iverson, the basketball star. Thomas apparently could not get enough of Allen Iverson, scouring libraries for books on the 76ers guard. He watched documentaries on AI, and even once sewed his own Iverson-like “sleeve.”

Growing up, he loved the number 3 and wore the kind of wristbands and finger sleeves made popular by Allen Iverson.

That’s all 10 Facts You Didn't Know About Michael Thomas, tell us if you think Michael Thomas is the best wide receiver in the NFL!