The Top 10 Facts You Didn’t Know About Kirk Cousins! the Minnesota Vikings Quarterback, We are proud to publish the interesting facts about him. 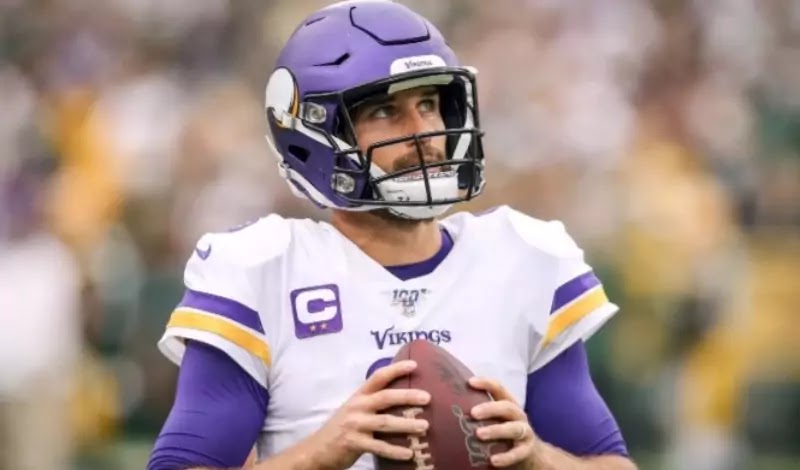 The Top 10 Facts You Didn’t Know About Kirk Cousins! the Minnesota Vikings Quarterback, We are proud to publish the interesting facts about him and his family.

10. Kirk Cousins is the son of a pastor.

He is the son of Don Cousins, a pastor at the Discovery Church in Orlando, Florida. Cousins is the second born in a family of three children. It is little wonder then, that Christianity has become an important part of his career, something he recognizes can make many people uncomfortable. He enrolled in a Christian school early in his life and ended up going through Christian schooling all through to high school.

Kirk Cousins proposed to Julie Cousins, then Julie Hampton, in 2014, leading to a wedding that happened in Atlanta, Georgia on June 28th that year.

The two had dated for almost a year and a half before he finally proposed, doing so, or at least attempting to, spectacularly. He asked the congressmen of his district for permission to use the speaker’s balcony to propose, hoping for a sunset and clear skies for the beautiful occasion. Instead, he got overcast skies and multiple cranes in the background. He still managed to get a yes, and the rest, as they say, is history.

In 2005, he scored a 39/50 on an integrated math quiz. These were not impressive results, but many people would still be satisfied with the score because they passed. The 78% on this test, however, remained with Cousins over the years.

Cousins still keeps a copy of the results hanging above his desk, reportedly to remind him of the importance of preparation. Whenever he sees the results, they remind him that if he does not prepare, he gets C’s.

6. He once had issues with Rosemount High School’s helmets.

His Michigan State days are long gone, but his loyalties remain strong. When he finally moved to a new home he bought in the southern metro, he was irked to find the local high school wearing helmets he particularly disliked. Rosemount High School’s helmets bore a striking resemblance to those worn by Michigan University’s Wolverines, his sworn rivals in college.

In the end, it was all in good fun, with the Rosemount coach even tweeting that he looked forward to coaching Cousins’ toddler son when he finally grew up.

5. Vikings QB Kirk Cousins has a passion for leadership.

The NFL QB Kirk Cousins has a passion for leadership, something anyone would expect from a quarterback. He is extremely vocal, even combative and has emerged as a strong leader for every team he has played on. His teammates know this all too well, as his characteristics often emerge strongly during practice.

There have been a few instances where his passion was demonstrated live on camera, with such antics earning him the name “Captain Kirk” in reference to the Star Trek character.

4. Kirk Cousins went to Michigan State because of Mark Dantonio.

The Vikings QB had several scholarship offers coming out of high school, with Toledo and Western Michigan the frontrunners. When Mark Dantonio became head coach at Michigan State, the institution started becoming a real possibility for him.

Cousins was not at the top of Dantonio’s list, but when he could not sign his top targets, Dantonio turned to Cousins, offering him a scholarship, which he accepted. It ended up being the proverbial match made in heaven, with Mark Dantonio describing him as the best player he has ever coached.

3. Cousins applied to trademark the phrase “You like that!”

The phrase “You like that!” is somewhat of a trademark of Kirk’s. He has been known to utter that to opponents after performing well against them.

Cousins and his brother are taking it a step further though. In 2015, the Cousins brothers Kirk and Kyle applied to trademark the phrase, an application that would see them protect various goods and services with the mark, including bumper stickers, t-shirts, hoodies, and various electronic billboard advertisements.

Before applying for the trademark, the two were already selling “You like that!” merchandise to raise money for charity.

Don Cousins was diagnosed with metastatic squamous cell carcinoma in 2015, a type of cancer that starts in specialized cells called the squamous cells, and later spreads to the lymph nodes in the neck. He underwent surgery to remove the cancerous cells in his lymph nodes, followed by six weeks of radiation therapy. He recovered and was strong enough to pull a surprise visit on his son, watching him lead the charge in a Redskins game.

Cousins finished the game with a perfect passer rating and gave his father the game ball in one of the most emotional moments of his career.

1. Kirk Cousins is a talented singer.

Not many NFL players can sing as impressively as Kirk Cousins. Growing up, he was always into music and singing, and was part of the choir at various levels of his education. In high school, he was part of the Living Hope Singer group.

As a professional NFL player, he often wows his fans with his renditions of popular songs through his podcast. He has in the past been captured singing versions of Whitney Houston and Blink 182 songs with or for his team.

That’s all 10 Facts You Didn't Know About Kirk Cousins, tell us who you think is better, Kirk Cousins or Dak Prescott?