The Super Bowl 2023 will take place on the night of February 12-13 at State Farm Stadium in Glendale, Arizona. The game begins at 6:30 P.M. ET.
Home
Facts
Jacksonville Jaguars

Trevor Lawrence is an American Football Quarterback, No.1 pick in the 2021 NFL Draft, played at college with Clemson Tiger and with Jaguars in NFL. 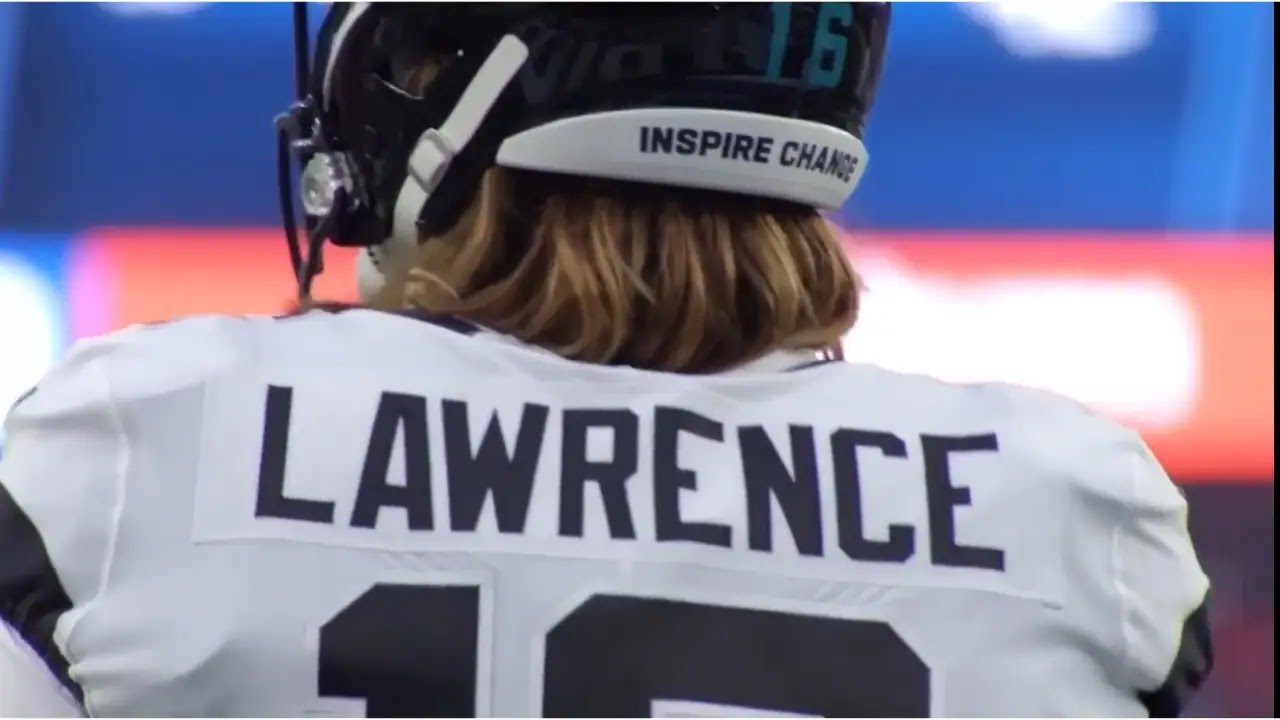 Trevor Lawrence is an American Football Quarterback, No.1 pick in the 2021 NFL Draft, played at college with Clemson Tiger and with Jacksonville Jaguars in the professional league. Here's the 10 Facts You Didn't Know About Trevor Lawrence. 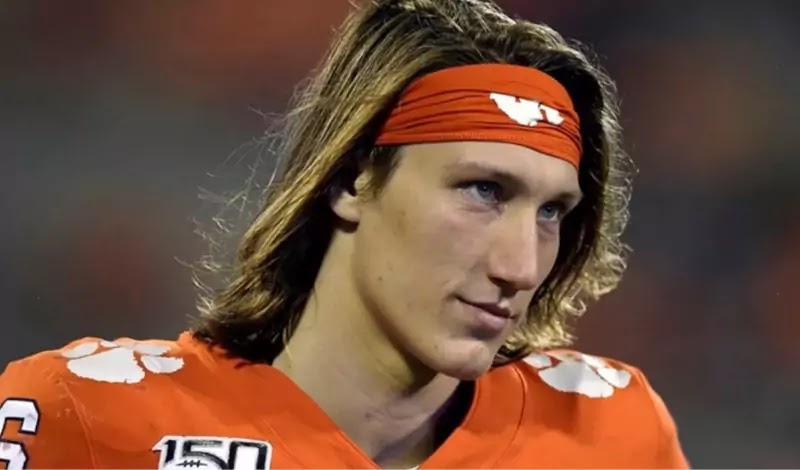 10. Lawrence has the opportunity to be one of the best quarterbacks ever in the NFL after starring for the Clemson Tigers.

Despite being the No. 1 pick in the 2021 NFL Draft, Lawrence once confessed he wasn’t a big fan of the NFL growing up. He preferred watching college football instead. Lawrence will suit up for the Jacksonville Jaguars this season, but it was the Atlanta Falcons that the quarterback grew up rooting for.

9. Lawrence was a five-star recruit coming out of high school.

He attended Cartersville High School in Cartersville, Georgia. He wasn’t just a five-star recruit as many scouts regarded him as one of the best high school quarterback prospects of all time. Ahead of his first year at Clemson, Lawrence was the No. 1 overall football recruit according to 24/7 Sports.

Lawrence ranks as the No. 6 all-time college football recruit. While in high school at Cartersville, Lawrence posted a record of 52-2. His only losses as a starting quarterback in high school came in playoff games. No wonder he is considered one of the greatest recruits of all time.

Lawrence and wife Marissa Mowry have been labeled as the NFL’s new “it” couple. The couple got married in April of 2021 in Bluffton, South Carolina. Lawrence and Mowry had been together for years before tying the knot. Mowry is an athlete as well. She played soccer at South Carolina’s Anderson University. Lawrence began dating Mowry in 2016 while in high school.

Prior to the couple getting married in April of 2021, Lawrence and his friends celebrated his final days of bachelorhood in Las Vegas. Lawrence was photographed in a few different casinos during his pre-wedding trip to Sin City.

The No. 16 jersey is synonymous with Lawrence. He has worn the No. 16 throughout his high school and college football career. Lawrence will now wear No. 16 as an NFL quarterback for the Jacksonville Jaguars. The quarterback chose No. 16 due to being a fan of Peyton Manning, who wore No. 16 at the University of Tennessee.

Lawrence also chose the number due to a lack of available number options. Lawrence initially wore the No. 5 and No. 9 as a young player. But once Lawrence got to middle school, he began wearing No. 16 and it has stuck ever since.

In 2021, Lawrence stirred controversy when a Sports Illustrated article quoted the quarterback as saying, “It's not like I need football for my life to be O.K. I want to do it because I want to be the best I can be. I want to maximize my potential. Who wouldn't want to? You kind of waste it if you don't.” Following the quote, Lawrence’s motivation and desire to succeed at the top level of football was questioned. Lawrence took to Twitter shortly after the article was published.

He tweeted, "I am internally motivated - I love football as much or more than anyone. It is a HUGE priority in my life, obviously. I am driven to be the best I can be, and to maximize my potential. And to WIN.” Jacksonville Jaguars fans will hope Lawrence has plenty of motivation to lead the team to the top of the AFC.

4. During Lawrence’s first year at Clemson, the quarterback was videoed shoving a fellow student at an intramural basketball game.

The video quickly went viral after it was shot by a fellow Clemson student. The 6-foot-6-inch quarterback was playing in an intramural basketball game when his anger got the best of him. The incident occurred after Lawrence missed a three-pointer prior to an opposing player attempting to set a pick on him. Lawrence pushed the student twice before the student fell to the court. The ref blew the whistle and the issue was resolved quickly. At one point, it looked like teammates had to keep Lawrence from getting further involved with the student who attempted the pick.

3. When Lawrence and his wife announced their engagement, they posted an online registry for wedding gifts.

The registry was loaded with great gifts, but few were low-priced. Items on the registry included a $999.95 Breville “The Barista Touch” coffeemaker, a Roomba wi-fi robotic vacuum for $349.99, and a $2,899 Wells Leather Sofa. The registry is still open and can be seen at registry dot the knot dot com. Some Jacksonville Jaguars fans pooled their money together to purchase the couple some wedding gifts. After receiving gifts from Jags fans, Lawrence donated $20,000 to local Jacksonville charities as a thank you.

After being drafted No. 1 by the Jags, it was rumored that Lawrence could move into professional wrestling before ever taking an NFL snap. Tony Khan, the Chief Football Strategy Officer and son of Jags team owner Shahid Khan, owns All Elite Wrestling. Shortly after being drafted, several wrestling websites claimed Lawrence could make an appearance on AEW’s weekly TV show, “Dynamite.” Thus far, the quarterback has not made the crossover, but could lay some smackdown soon.

In April of 2020, Lawrence made history by setting the sales record for selling the most jerseys for a rookie quarterback on the night of the NFL Draft. Lawrence doubled the Fanatics’ jersey sales set the season before by Cincinnati Bengals quarterback Joe Burrow. Lawrence may have sold the most jerseys on draft night, but it will take much more for him to improve on Jacksonville’s poor 1 and 15 record from 2020.

As a number one pick in the NFL draft, it's no surprise that Trevor Lawrence has a pretty impressive net worth.

Lawrence is worth an estimated $5 million.

He was the first overall pick in the 2021 NFL Draft and was selected by the Jacksonville Jaguars.

As a result, he signed a four-year contract with the team worth a total of $36.1 million, with a signing bonus of $24.5 million.

The contract includes a fifth-year option for the team to pick up, which would keep Lawrence with the Jaguars through the 2025 season.

In addition to his base salary, Lawrence is also eligible for various bonuses and incentives based on his performance on the field.

These could potentially add millions of dollars to his overall earnings.

Trevor Lawrence's contract makes him one of the highest-paid players in the league, and he is expected to be a cornerstone of the Jaguars' franchise for years to come.

He is considered one of the best quarterback prospects in recent memory, and many expect him to have a successful and lucrative career in the NFL.