Lamar Jackson is one of the most exciting players in the NFL. He is a quarterback for the Baltimore Ravens who has a chance to make history by winning the Super Bowl. Here's the 10 Facts You Didn't Know About Lamar Jackson. 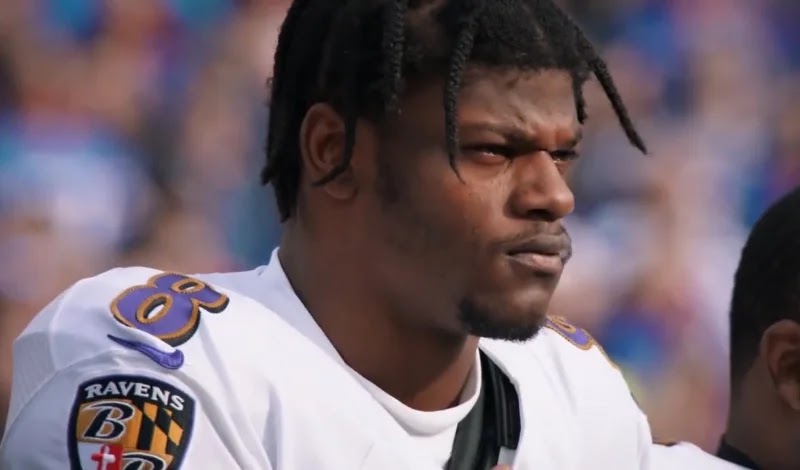 10. Lamar Jackson was the first (and youngest) Louisville player to win the Heisman.

The Heisman trophy is considered by many the top individual accolade for any college player. To underscore just how big a breakout star he was, he became the first Louisville player to ever win the Heisman, and the youngest at just 19 years, 337 days.

9. He was under-recruited coming out of high school.

As big a deal as he is right now, one of the true breakout stars of the new generation, he was only considered a three-star recruit in the 24/7 sport composite rankings. Unlike other stars who are often recognized pretty early, he only gained proper notice late into his junior year when he won the Heisman trophy in 2016.

It could be a factor of his upbringing or just his personality, but he is notoriously media-shy. As the face of his team, he had to enlist the help of reporters and undergo special training to be able to face the media as repeatedly and confidently as was required. He lives most of his life off the cameras too.

Little is known about his dating life apart from the fact that he has a girlfriend, something he revealed rather inadvertently in a conversation with reporters about his teammate Marquise Brown, one of his friends on the Ravens.

He, however, left at some point after his freshman year, reportedly for a school where he was guaranteed the starting quarterback role. Not only that, but he moved to Boynton Beach High where the coach quickly found a role that fit him.

6. Lamar Jackson is faster than you think!

He really is one of the fastest quarterbacks to play the game. He did not do the 40-yard dash during the NFL scouting combine, leaving some room for speculation regarding how fast he is. Related : How Fast is Lamar Jackson? He is a speedster

Fans and opposing players already have a rough idea of how quickly he can move, but the best we can come to an official record is a tweet by former Louisville coach Bobby Petrino, which claimed that Jackson clocked an unofficial 4.34-second 40-yard dash in 2017. This would place him just a few seconds shy of the 2019 NFL combine record held by Zedrick Woods.

5. Lamar Jackson never understood how to use a playbook until college.

Baltimore Ravens QB Lamar Jackson has had his issues with play calling in the past, even once admitting that he did not understand and could not study his college playbook.

Furthermore, QB Lamar Jackson came from a high school where he did not have a playbook or anything close. The coach would simply draw patterns up and get his headset on, ordering them to go after it.

When he finally had to study a playbook, it looked to him like foreign letters. Today, he seems to have found a way around it playing for the Ravens.

Before the season, Jackson admitted that he practiced play calling by holding the play book and reciting the plays while looking into a mirror.

4. Jackson was a track-and-field star in high school.

Most people know him for his football skills, most of which were discovered and honed in high school and college. He also ran for his track team though, mostly participating in the 100-meter dash. He was pretty good too, posting a personal record of 11.45 seconds.

Before he was worth all the hype, he also participated in the long jump and 4×100-meter relay races in various high school meets, often making the difference for his track team.

3. Lamar Jacksonʼs mother is his manager.

He has always had a special relationship with his mother. He, however, surprised the NFL world when he made the rather unprecedented decision to forego traditional agent representation and make his mother his manager before being drafted.

Is she a helicopter parent or simply looking out for the interests of her young boy? Why has she been easy to reach for some teams and near impossible for others? Is she the one who told him not to do the 40-yard dash at the NFL scouting combine?

These are some questions fans and followers have regarding their arrangement, but it is a decision that has worked out pretty well for him so far.

2. Lamar Jackson lost his father and grandmother on the same day.

However, one small detail about his family is that his father died in a road accident when he was 8 years old. He unfortunately also lost his grandmother on that same day.

He grew up in Pompano Beach and went to elementary school with rapper Kodak Black, who has had his fair share of media attention in the past few years. Kodak Black has even attended some of his games, including the game that saw Jackson led the Ravens to win the AFC North title.

The amount of NFL scouts, coaches, and executives that verbally hated on Jackson prior to the 2018 NFL Draft is comical.

What makes it even more ridiculous is that Jackson was criticized despite fellow 2018 draftee Baker Mayfield having extreme character flaws. Yet, Mayfield was drafted No. 1 overall.

Ahead of the NFL Draft, NFL.com writer Tom Pelissero relayed a quote from one unnamed NFL offensive coordinator.

The unnamed coach stated Jackson is “An awesome athlete. He will not be able to play (quarterback) in this league, mark my words. When he throws, he hopes.”

It was a remark that the offensive coordinator certainly now regrets. Of course, it is easy to believe that some of the views of NFL executives could have been racially motivated.