The Super Bowl 2023 will take place on the night of February 12-13 at State Farm Stadium in Glendale, Arizona. The game begins at 6:30 P.M. ET.
Home
Dak Prescott
Dallas Cowboys

Dak Prescott is a professional quarterback for the Dallas Cowboys. He played college football for the Mississippi State Bulldogs and was drafted by the Cowboys in the 4th round of the 2016 NFL Draft. Here's the Top 10 Facts You Didn't Know About Dak Prescott. 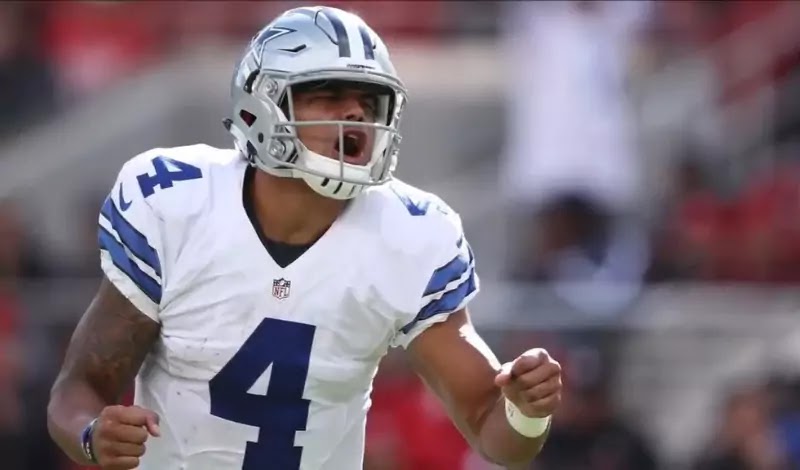 10. Dak Prescott was the first Cowboys rookie quarterback to ever start a playoff game.

The Dallas Cowboys chose Dak with their 135th overall pick, after having been passed over by several teams. He was angry at this, and this pushed him to make one of the biggest impacts on the team in recent years. In 2016, he took over the quarterback position in preseason and led the team to a 13-3 regular season record. In 2017, he became the first ever Cowboys rookie quarterback to ever start a playoff game.

Many NFL players complete their college education and earn a bachelor’s degree, but not many even consider going into post-graduate studies. A PhD would put him in an elite club of players who have managed to pursue post-graduate education, Including Frank Ryan, Steve Young, and lineman John Urschel.

8. His mother is his biggest inspiration.

According to Dak’s high school coach, the single biggest thing that drove his passion and commitment to football was his need to make his mother proud of him. In high school, many believed his skill came from the hard work of his coaches or the fact that he attended a school with a strong football program. The truth is that his drive and commitment came from a deep desire to make his mother happy. When one looks at his career and life off the field, it is easy to see the impact his relationship with his mother had on him.

He unfortunately lost his mother to cancer, but still does a lot of charity work with cancer patients as a way to honor his mother. He also has a foundation, “The Faith, Fight, Finish Foundation”, that is dedicated to his mother’s memory and to enhancing community capacity to fight cancer.

According to reports, scouts started seeing his big star potential as early as middle school when he won the district title in football. He started playing football quite young, and would often practice with his brothers in their backyard. The Prescotts lived at the Pine Creek Mobile Home Estates, and his brothers Tad and Jace also starred for the Haughton High School varsity football team. Dak was so good as early as 7th grade, that high school coaches could not wait until he was old enough to play for them.

6. He used to hate his first name.

His full name is Rayne Dakota Prescott, but Dak for a long time hated his first name. Growing up, people would make fun of his first name, often mispronouncing it, and making fun of him saying it sounded girly. He grew up hating his first name and preferred Dak, as most of his family called him. These memories are in his past, though. He swears he is over the name issue, even joking that he might start using it full time and drop his last name.

5. Dak was attacked on spring break while in college in 2014.

He and two of his Mississippi State teammates were jumped while attending a concert on spring break in Panama City. The attack, caught on camera, happened at a Waka Flocka concert and was reportedly unprovoked. It was a bizarre event that seemingly left him knocked out. Thankfully, nobody needed serious medical attention and the police were never involved.

He does not exactly come from a family of fellow football players, but his brother Jace was an offensive lineman at Northwestern University. Even though they had an interest in football pretty young, his other older brother Tad did not pursue it further. Jace played three years, redshirted in 2007, but played only 11 games in 2008. In 2009, he played just one game before suffering a season ending injury.

As a Louisiana native, it is not entirely surprising that he is into fishing. There are multiple photos on his social media of his catches and of him enjoying fishing trips. In fact, he reportedly once missed out on an opportunity for a TV appearance and an endorsement, to go fishing and spend some time with his grandmother.

Dallas Cowboys QB Dak Prescott is Dating Natalie Buffett at the moment. She's 25 and has over 25,000 Instagram followers as a model.

Buffet was named "COED Girl Of The Day" in 2019. She's an Instagram model and a social media influencer, according to the tabloid. Her place of birth is Florida, Texas.

The Dallas Cowboys quarterback Dak Prescott has been connected with Instagram model Ireland Borba in the past. The pair have been seen together attending various events and ceremonies, including a teammate’s wedding. She has also been seen with other Cowboys player’s wives and girlfriends, and occasionally attends games with them to support their men on the field.

1. Dak is named after a cartoon character.

He was named after Dakota Dude, a cartoon character that appeared on the show Wild West C.O.W. – Boys of Moo Mesa. In the show, Dakota Dude was a strong bull, traits that Dak Prescott seems to have embodied. He has been described as “the strongest bull” by teammates and coaches. He has worked hard all through his career to get to this status and maintain it. 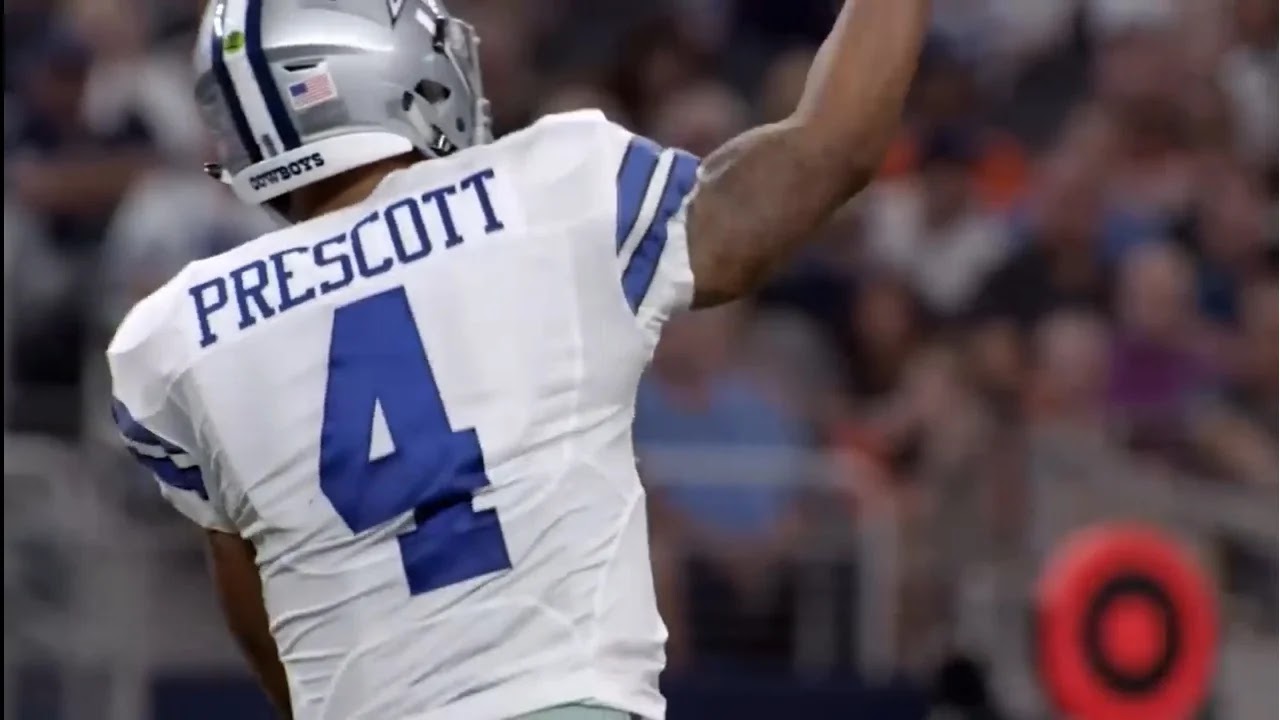 Dak Prescott is worth $40 million. After signing a 4-year, $160 million contract extension with the Dallas Cowboys, he surpassed Peyton Manning as the NFL's highest-paid quarterback at the time.

Dak has made a lot of money from endorsement deals in addition to his salary as a professional football player.

AT&T, Adidas, Beats by Dre, Campbell's Chunky Soup, Direct TV, 7-Eleven, New Era, Sleep Number, Oikos, Pepsi, and Citibank are just a few of the products he has endorsed. As of 2018, his endorsement earnings were roughly five times higher than his wage.

Prescott is an investor in the Plano company OxeFit, which provides a service to help people get in better shape by incorporating AI and robots into their workouts.

With Lydia Partners and other retired NFL players, Prescott put $12.5 million into the company.

That’s all 10 Facts You Didn't Know About Dak Prescott, tell us if you think Dak Prescott is better than Carson Wentz!