Football is back! The Dallas Cowboys and Pittsburgh Steelers will take the field in the traditional Hall of Fame Game on Thursday night at 3 p.m. ET. 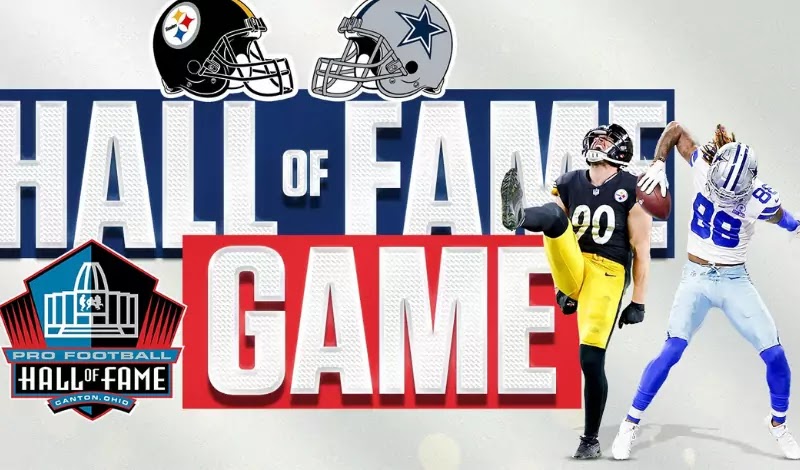 Football is back! The Dallas Cowboys and Pittsburgh Steelers will take the field in the traditional Hall of Fame Game on Thursday night at 3 p.m. ET in Canton. Yes, it's only an exhibition game, but it marks the end of a long wait! What to expect from this game?

Dak Prescott we won't see on the field. He's preparing to return from a serious leg injury, and he injured his shoulder early in training camp on top of that. There is simply no reasonable reason for him to play. For Big Ben, on the other hand, this Hall of Fame Game may be the last of his career worthy of a gold jacket.

Prescott's main goal for this year is to get the team's revamped offense back on its feet after a six-win season. In his last 21 games, he threw 45 touchdowns with just 15 interceptions. The club office and the bleachers are waiting for that form to be restored. The game against the Steelers, on the other hand, will be a test for Garrett Gilbert, who remains nominally the Cowboys' second quarterback for now.

Ben Roethlisberger, now 39 years old, continues to play despite all the rumors. That said, the likelihood that 2021 will be the last year of his career remains very high.

Related: The 10 most anticipated NFL games in 2022

We'll likely see the stellar Dallas running back on a drive or two. Don't expect much from Elliott. This season should be a defining one for him, too, though. He gained his worst 979 yards last year, averaging 4.0 yards per carry attempt.

The club's coaches will surely give him some playing practice in preseason games. In Canton, Elliott will face a Pittsburgh defense that ranked 11th in the league in carries last season. The Cowboys' linebacking offense will also be tested well.

These two young men should get noticeably more playing time. Claypool, who made his league debut last year, scored nine touchdowns on receptions. It will be a good test for Joseph, selected by Dallas in the second round of the last draft.

After McCarthy's first year in Dallas, it feels like the chair beneath him is starting to get red-hot. A final score of 6-10 is not something Jerry Jones and the team's army of fans can be happy with.

To be fair, Cowboys' results have been noticeably affected by injuries. Most notably Dak Prescott and offensive linemen Tyron Smith, Zack Martin and La'el Collins, three of whom have only played 16 games.

It's hard to predict how many players we'll see in the starting lineup. But in any case, football is coming back and it can not but rejoice. The favorites in this game, according to bookmakers, are Steelers.