New England Patriots were back in one more NFL title matchup. They would face the Atlanta Falcons in Super Bowl LI at NRG Stadium in Houston, Texas. 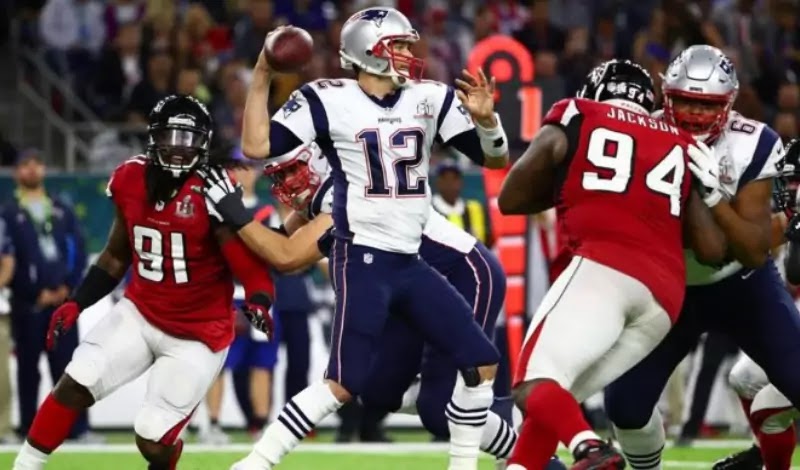 One more time. At the conclusion of the 2016 season, the New England Patriots were back in one more NFL title matchup. They would face the Atlanta Falcons in Super Bowl LI at NRG Stadium in Houston, Texas.

The Patriots were looking for their fifth Vince Lombardi Trophy. But the Falcons, led by quarterback Matt Ryan and wide receiver Julio Jones, were not an easy team to intimidate.

Atlanta went into halftime with a 28-3 lead on the scoreboard. Their defense forced turnovers, relying on Ryan, Jones and running back Devonta Freeman.

With just 8:36 minutes left in the third quarter, Ryan had two touchdown passes and Robert Alford had an 82-yard pick six after intercepting a Tom Brady pass. But just when it looked like the guillotine was falling on New England, the unthinkable happened.

The Patriots scored 25 consecutive points and tied the game with just one minute left on the clock, completing the greatest comeback of the Super Bowl. One of the most memorable plays is the acrobatic reception by Julian Edelman, who kept the ball from touching the turf and allowed his team to keep moving the chains.

Running back James White had a short run for his second touchdown of the game and Danny Amendola caught a screen pass for a two-point conversion to tie the score 28-28 with 57 seconds left in regulation. The first overtime in Super Bowl history was played. 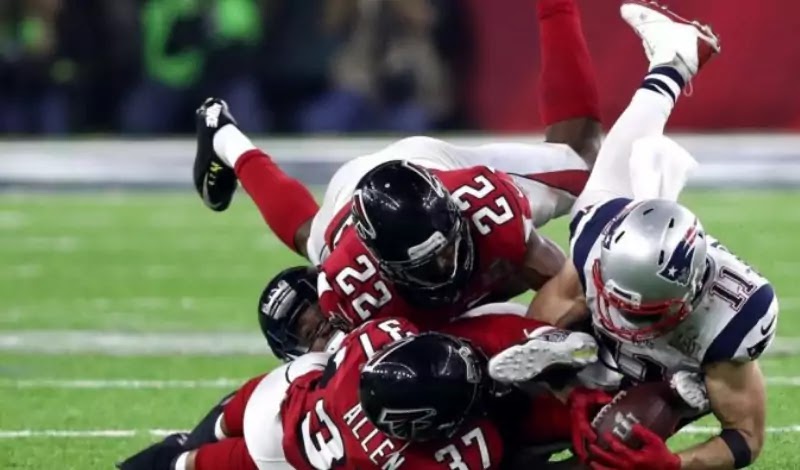 Patriots won the turnover and possession of the ball. The Patriots continued to run a perfect offense that culminated in a short yardage touchdown run by White, his third of the game to make the score 34-28, after pass interference was flagged, giving New England first and goal.

In addition to White's three touchdowns, Tom Brady threw for 466 yards and two touchdowns. The Patriots won their fifth Super Bowl after championships in 2001, 2003, 2004 and 2015.