The Super Bowl 2023 will take place on the night of February 12-13 at State Farm Stadium in Glendale, Arizona. The game begins at 6:30 P.M. ET.
Home
2021 Season
New England Patriots

Buccaneers quarterback "Tom Brady" is the leader in yards per pass by surpassing Drew Brees' mark.

Buccaneers quarterback "Tom Brady" is the leader in yards per pass by surpassing Drew Brees' mark. 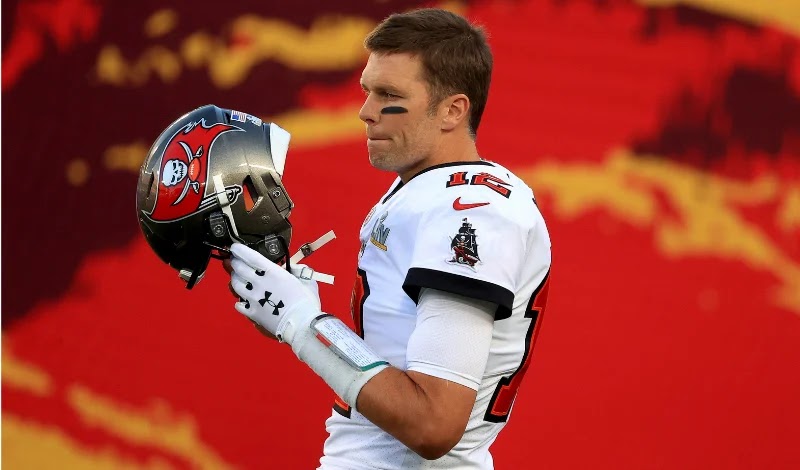 Tom Brady had an unfinished business in his career and he has already closed it with the Tampa Bay Buccaneers 19-17 victory over the New England Patriots, beating all 32 NFL teams.

He is the fourth quarterback in NFL history to accomplish the feat of beating all 32 teams in his long-awaited return to Gillette Stadium in Foxboro, where he built most of his legacy with six Super Bowl championships.

Bill Belichick and the Patriots sold the loss short and came within a whisker of leaving Brady empty-handed, as Nick Foles missed a 56-yard field goal that hit the post and would have given New England the victory, thwarting Brady's return to the home he helped build.

It’s only fitting it happened at @GilletteStadium.

Brady, in addition to beating all 32 teams in the league, became the leader in yards per pass in NFL history with 80,560, surpassing Drew Brees' mark of 80,358, who was present at the game in his new role as commentator.

The Buccaneers did not need a touchdown pass from Brady, who did not have the best game with his arm as he completed 22 of 43 passes for 269 yards. One statistic that is impressive about Brady is that despite not throwing a touchdown pass, he has a 28-18 record in such games and surpassed Roger Staubach with a .609 winning percentage, ahead of the Dallas Cowboys quarterback's .606.

Mac Jones did not disappoint against Brady, in a game in which he finished with 275 yards on 31 pass completions out of 41 attempts, with 2 touchdowns and 1 interception. At one point in the game he tied 19 pass completions in a row, the best mark for a rookie in the last 30 years, and matched a Brady mark in a Patriots jersey, as Tom did it against the Steelers in 2015.

According to @EliasSports that's tied with Tom Brady (9/10/2015 vs Steelers) for the most in a single game by a Patriots player since 1978 (1st season of the 16-game schedule). pic.twitter.com/ICSSgOhWFL