The Super Bowl 2023 will take place on the night of February 12-13 at State Farm Stadium in Glendale, Arizona. The game begins at 6:30 P.M. ET.
Home
2021 Season
Baltimore Ravens

Ravens come from behind to beat Colts

Ravens come back from a 19-point deficit to defeat the Indianapolis Colts 31-25 in the closing game of Week 5 of the NFL season.

Streak of games in a row with at least 100 yards on the ground ends, but they win tough game

It was a gala night for the Baltimore Ravens as they tried to set a new NFL record, and although they fell short of 44 consecutive games with at least 100 yards on the ground, they left a pleasant taste in their mouths by coming back from a 19-point deficit to defeat the Indianapolis Colts 31-25 in the closing game of Week 5 of the NFL season. 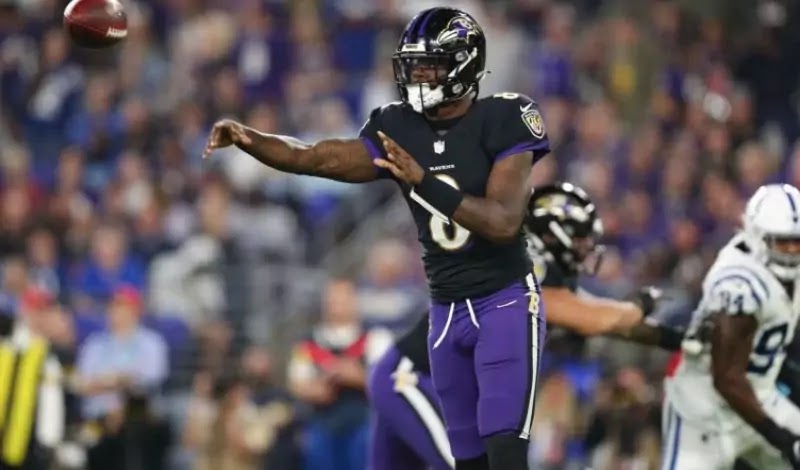 Lamar Jackson not only put the team on his shoulder but also set an NFL record as the first player to gain 442 yards in a game with an 85 percent passer rating.

Ravens and an epic 19-point comeback has the Baltimore team in a starring role so far this year in prime time games.

Baltimore got off to a bad start, so bad that the numbers gave the Colts and Wentz an easy win, with Jonathan Taylor silencing the M&T Bank with a 76-yard breakaway after catching a screen pass.

Along the way, Wentz attacked most of the time on Anthony Averett's side getting first chances and scoring vital points while waiting for Wink Martindale to make adjustments in that area.

During the game after halftime, the team got more composed and achieved those offensive connections with Mark Andrews, who had 11 receptions for a total of 147 yards and Marquise Brown, who had 9 receptions for 125 yards.

The Colts were even on the scoreboard, 25-25, while Wentz's offense was trying to score the winning points, it was Blankenship's turn and a 47-yard kick that was blocked by Calais Campbell, to send the game into overtime.

Super Lamar on 10 plays for a total of 68 yards for the offense in 4:36 to seal the Victory with a pass to Marquise Brown. Leaving Ravens with a 4-1 record and awaiting the Chargers next Sunday.