Top 10 Facts You Didn't Know About Mac Jones, His years in college and school, his girlfriend, family, beat out QB Cam Newton and more.

Mac Jones is an American football quarterback. He played college football at the University of Alabama. New England Patriots picked him up in the 2021 draft as a quarterback. Here's “The Top  10 Facts You Didn't Know About Mac Jones!” 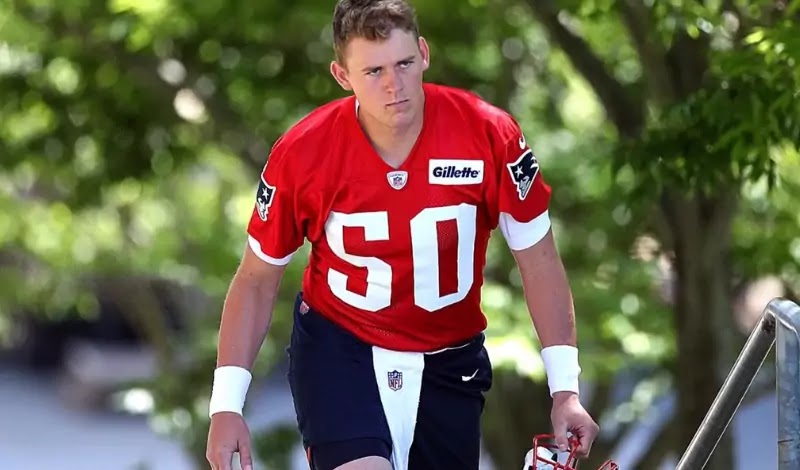 10. Jones may just be an NFL rookie, but he beat out veteran QB Cam Newton for the starting job with the New England Patriots in 2021.

Jones didn’t just outplay Newton on the field, but outdid him off it as well. According  to reports, Jones was teaching Newton the Patriots’ offensive playbook up until the former Carolina Panther quarterback was cut by the team. Ex-Patriots player Rob Ninkovich told viewers on his YouTube channel that Jones had helped Newton learn the playbook. Ninkovich said that Jones had fewer problems learning the plays and understood the offense better than Newton. Jones may have got the starting job due to Newton’s inability to understand the team’s offense, but sources also claim it is because  Newton wasn’t COVID-19 vaccinated.

9. During Jones’ freshman season at Alabama,  he was arrested and charged with driving under the influence.

He was cited with improper  identification for a minor after being involved in a two-car accident, but luckily, no one was  injured. Jones also failed a field sobriety test. The Crimson Tide suspended Jones for the following  game against LSU, a rather light punishment for a DUI. It was Jones’ DUI that the QB cites as a  turning point in his life and football career.

He changed his focus and instead of  going out with friends to party at night, he spent his time in the Alabama football facility  throwing passes and working on his game. Jones’ DUI was a wakeup call that changed his life.

Jones’ girlfriend is 20-year-old Sophie Scott,  who hails from Massachusetts. Perhaps Scott being  from Massachusetts is one reason Jones wanted to be drafted by the Patriots. Scott played soccer in high school and was a Division 1 recruit. She may have gone on to a successful college soccer career, but any dreams of playing in college or professionally were cut short by an  ACL injury. Scott now works as a Physical Therapy and Occupational Therapy aide at the University Orthopedic Clinic and Spine Center in Tuscaloosa. Scott is an Alabama graduate and has become an  influencer on social media thanks to her rising profile as an NFL player’s significant other.

Jones isn’t the only athlete in the family. His mom attended Mercer University and played tennis. His father, Gordan, also played tennis and attended Florida State. Jones’ father went on to play on the pro tennis tour and even competed in a 1978 Wimbledon qualifying round match. Gordan played professional tennis for a few years before hanging up his racket. The tennis gene runs  in the Jones family as sister Sarah played at the College of Charleston. Jones’ brother went on to play soccer at Mercer University.

There are rumors swirling around why Pats head coach Bill Belichick decided to cut Cam Newton and play Jones as the No. 1 QB. Yet, Newton himself  has said Jones would have been uncomfortable on the same team. The former Carolina Panther claims  his “aura” would have made Jones feel uneasy. In Newton’s opinion, Jones would have been constantly  looking over his shoulder at the veteran.

In 2017, Jones committed to the University  of Kentucky after having a successful high school career. Jones was a three-star recruit and  initially dedicated his future to the Wildcats. The QB was the No. 468th ranked prospect in high school football when he committed to Kentucky. Jones received 24 Division 1 scholarship offers  before deciding on Kentucky. As we all know, Jones decommitted to Kentucky and joined the  Alabama Crimson Tide instead. After arriving in Tuscaloosa, Jones backed up starter Jalen Hurts and freshman Tua Tagovailoa. He remained a backup QB until Tagovailoa suffered a brutal hip  injury in 2019. The rest, as they say, is history.

4. Amazingly, Jones predicted his future while in  the fifth grade at The Bolles School in Florida.

Jones wrote a letter to his future self as part  of a school assignment. The aim was for the young students to write about their thoughts at the time and hopes for the future. The completed assignment was then sealed and only opened in the spring of  Jones’ senior year of high school. Jones wrote: “I will have a full athletic scholarship. I  probably will play QB, just like now.” Just a few years later, Jones was a highly recruited player  and quarterback of the Alabama Crimson Tide.

3. From an early age, Jones and his parents took the QB’s ability and learning extremely seriously.

At 9 years old, Jones began practicing  at personal training sessions with Darin Slack  of the Quarterback Academy. Two years later, he began training with Joe Dickinson of the DeBartolo Sports University. Dickinson is now a quarterback consultant with the Buffalo Bills. Jones was always working hard to become a top quarterback and it has so far, paid off.

Jones made news in 2020 as part of an  Alabama football contingent that presented  a speech in support of the Black Lives Matter movement. The speech was written by Alex Leatherwood and Jones was part  of a team of ‘Bama players to present it. The overall message of the speech was “all  lives can’t matter until Black Lives Matter”. Unfortunately, there were plenty of Alabama  fans that were against Jones and other players supporting the movement. Some claimed they would stop being Alabama fans because of this.

Despite his support of the Black Lives Matter movement in 2020, Jones came under fire nearly a year later for images that surfaced that were taken from his sister’s social media. The images were taken during the presidency of Barack Obama. The person in the photo, reportedly Mac Jones, was shown wearing a mask resembling Obama  along with dreadlocks and a sash with “Nobama” written across it. Jones’ anti-Obama image,  possible support of Donald Trump, and DUI didn’t seem to affect his draft status. Nor did  it influence the media to widely report on it.

That’s all 10 Facts You Didn't Know About Mac Jones, tell us how many Super Bowls you think  Mac Jones will win!