The Super Bowl 2023 will take place on the night of February 12-13 at State Farm Stadium in Glendale, Arizona. The game begins at 6:30 P.M. ET.
Home
AFC Championship
Bengals

Bengals and Rams Are Up to Super Bowl LVI 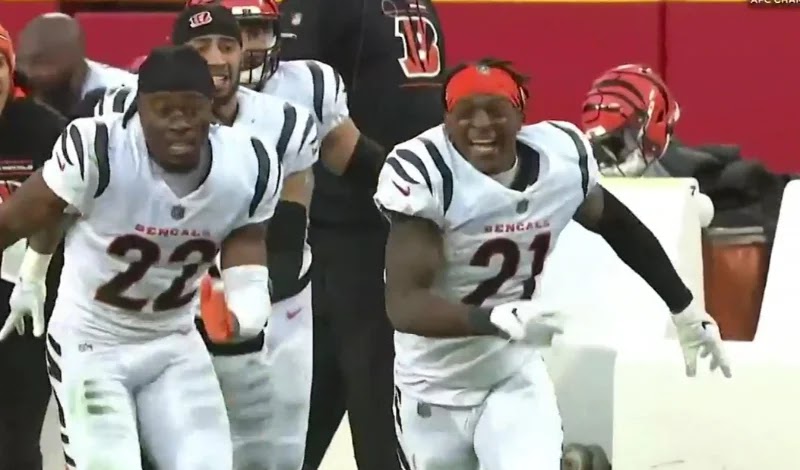 The Cincinnati Bengals beat the Kansas City Chiefs in the AFC Championship game, gaining their 3rd AFC Championship title in their franchise history. In the other Conference, the Los Angeles Rams win The NFC Championship against the 49ers to qualify for Super Bowl LVI.

Joe Burrow and his teammates led the Bengals to their first Super Bowl appearance since 1988. Bengals kicker Evan McPherson ended the game by 31 Yrd Field Goal in overtime to beat Mahomes and his teammates by score 27 - 24.

SHOOOOOOOOOTER SENDS US TO LA!

Cooper Kupp's two touchdowns led the Rams to win the NFC Championship by score 20 - 17. Rams will play the Super Bowl 56 at their home stadium.

New Twitter study reveals which team every state is rooting for in the conference championship games.

Betonline.ag gathered geo-tagged Twitter data to find out which team has the most overall support from each state heading into the AFC and NFC championship games.

The Cincinnati Bengals have the most overall support with 19 states rooting for them. It seems many people view the Bengals as underdogs and want to see them upset the Kansas City Chiefs.

Many people might also be rooting for the Bengals because they do not want to see Mahomes and the Chiefs back in the Super Bowl for a third-straight time.

The Chiefs have support from 16 states, the Rams have 9 states, and the 49ers have 6 states.

The 49ers having the least support might be due to fans not believing in quarterback Jimmy Garoppolo.