The Super Bowl 2023 will take place on the night of February 12-13 at State Farm Stadium in Glendale, Arizona. The game begins at 6:30 P.M. ET.
Home
best NFL players in history
Facts

Everything You Need To Know About Bo Jackson

Everything You Need To Know About Bo Jackson. An outstanding athlete, the only MLB and NFL All-Star Game participant in history, Hall Of Fame member.

Bo Jackson, an outstanding athlete, the only MLB and NFL All-Star Game participant in history, Heisman Trophy winner and a member of the College Football Hall of Fame. Here's Everything You Need To Know About Bo Jackson. 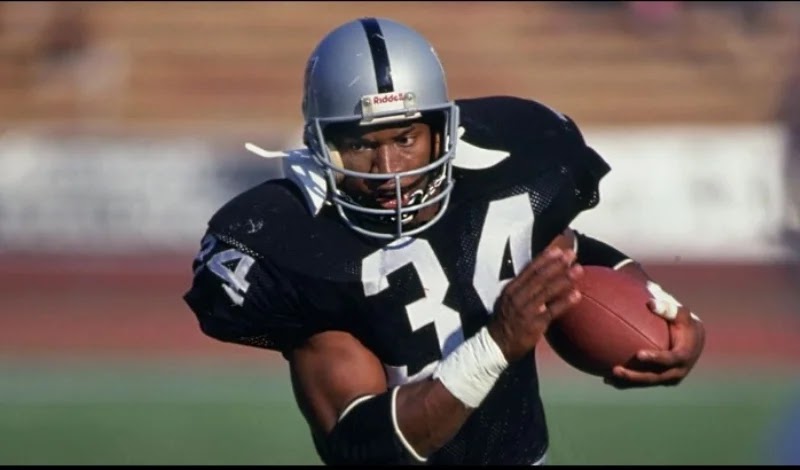 Vincent Edward Jackson was born November 30, 1962, in Bessemer, Alabama. He was the eighth of ten children in his family, and was named after Vince Edwards, his mother's favorite actor. During his high school years, he was an excellent linebacker, an excellent outfielder, and twice won the state decathlon championship. On both occasions, Bo secured such a lead in points that he just wouldn't go the distance in the 1,500-meter run. He also set school records in the high jump and triple jump.

In June 1982, Jackson was drafted by the New York Yankees, but he kept his mother's promise and turned down the contract and enrolled at Auburn University. From 1982 to 1985, Bo played for his team, totaling 4,303 yards on carries with 80 touchdowns. His senior year performance was one of the best in SEC conference history – 1,786 yards and 17 touchdowns – and earned him the Heisman Trophy. In 1996, Jackson was elected to the College Football Hall of Fame, and in 2007, ESPN included him among the twenty-five greatest players in college football history. He was equally successful in baseball and track and field.

Related : Everything You Need To Know About Jerry Gray

Bo Jackson was selected by the Buccaneers in the 1986 NFL draft, but Jackson declined to play for the team. Furthermore, he had previously visited the club's location, and its representatives assured the player that they had cleared it with the NCAA. In reality, however, it turned out not to be the case, and Bo had to miss most of his last college baseball season. He turned down a bigger NFL salary and began his professional career with the Kansas City Royals in MLB. A year later, Jackson was selected again in the NFL draft -- the Raiders made it in the seventh round. He initially reiterated that he saw himself in baseball, but changed his mind after club owner Al Davis said he could play in two leagues at once.

Bo signed a five-year, $7.4 million contract under which he would spend the entire season with the Royals and could join the Raiders after that.

Jackson became the highest-paid player in the NFL, excluding quarterbacks. He spent four seasons in the league, gaining 2,782 yards with 16 touchdowns during that time. In 1990, he was named to the Pro Bowl. That same season, Bo Jackson suffered a hip injury in a playoff game against the Bengals, the effects of which prevented him from playing football again and significantly shortened his baseball career.

Related : Everything You Need To Know About Jack Ham

After retirement, Bo did not lose his rabid popularity. He appeared extensively in commercials and television series, and appeared in various shows and video games. For several years, he served as president of a health care company and was on the board of directors of an Illinois bank. In addition, he is involved in charity work.