Everything You Need To Know About Joe Thomas

Joe Thomas, the Cleveland Browns' offensive tackle, one of the team's icons of recent years, a ten-time Pro Bowl participant and a member of the College Football Hall of Fame. Here's Everything You Need to know about Joe Thomas. His High School & College Football Career, years with Browns, Contract, weight loss, retirement, and wife. 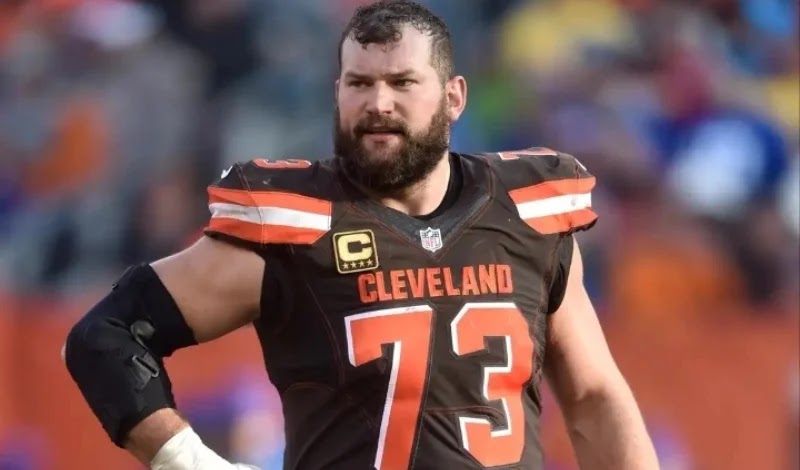 Joseph Hayden Thomas was born Dec. 4, 1984, in Brookfield, Wisconsin. In high school, he was the Football team's MVP, playing tackle, DE, tight end, fullback, kicker and punter. He was repeatedly included in various rankings of the nation's best offensive linemen.

Joe Thomas was also successful in the shot put and discus events, setting school records in those disciplines. In 2003, he enrolled in the University of Wisconsin and played his first season of his college career as a tight end blocker. He began playing left tackle in his second season, quickly establishing himself as one of the best linemen in the NCAA.

The Former Offensive tackle Joe Thomas planned to enter the 2006 NFL Draft, but in one of the games where he had to fill in for an injured defensive end, he tore ligaments in his knee. The forced extra season earned him the Outland Trophy, the award for best interior lineman in college football. He was elected to the College Football Hall of Fame in 2019.

The possible effects of the injury did not affect his stock before the 2007 draft. The Browns selected Thomas at No. 3 overall. Immediately on draft day, Joe was not in New York or in front of the television, but was out fishing with his father on Lake Michigan.

Joe Thomas' signed to a six-year, $43 million contract, he immediately took Cleveland's starting left tackle spot and became one of the most effective debutants of the season.

Thomas claimed the award for best rookie on offense, but was voted second, behind only Adrian Peterson.

At the Browns, Joe spent his entire career, eleven seasons from 2007 to 2017, playing 10,363 consecutive snaps. Unfortunately, those years coincided with one of the worst periods in franchise history. He never had a chance to play in the playoffs, with the team winning 48 games and losing 128. At the same time, Thomas himself was invited to the Pro Bowl ten times in a row, something no offensive lineman before him had been able to do, and was named to the All-Pro first team six times.

The NFL included him among the five greatest players in Browns history and the All-Star team of the 2010s.

He is already a member of the franchise's Ring of Honor and will be eligible for election to the Pro Football Hall of Fame in 2023.

Thomas ended his career in March 2018. Since then, he has lost considerable weight, works as an analyst for the NFL Network, and is involved in filming shows for Browns club TV. This year, Joe took part in the reality show The Titan Games.

At the beginning of 2021, Cleveland Browns Former Joe Thomas lost 50 Pounds of his weight. Joe Thomas loves yoga and regularly practices it. His weight loss was not due to a health problem, but because of a diet dedicated to weight loss and yoga.

That's All Things You Need to know about Joe Thomas, tell us if you think Joe Thomas is the best offensive tackle in Browns History.