Pittsburgh Steelers quarterback Benjamin Todd Roethlisberger Sr. was selected 11th overall. Ben Roethlisberger has led the Pittsburgh Steelers to two Super Bowl titles and is a two-time Super Bowl MVP. He played college football at Miami University, where he became the most successful quarterback in school history. He left Miami as the school's all-time leader in career passing yards, completions, and touchdown passes. Here's the 10 Facts You Didn't Know About Ben Roethlisberger. 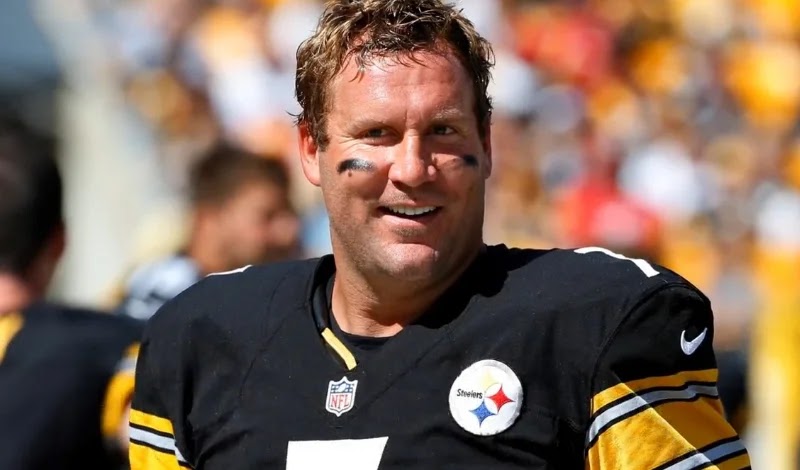 His father is a former pitcher and quarterback at Georgia Tech. Ben is of part Swiss descent; his surname, Roethlisberger, is of Swiss origin.

His younger sister, Carlee Roethlisberger, played women’s basketball for the University of Oklahoma.

Roethlisberger grew up idolizing John Elway, and he wears #7 in Elway’s honor.

9. At Findlay High School in Findlay, Ohio, Roethlisberger was captain of the football, basketball, and baseball teams.

He did not play quarterback until his senior year, giving way to the coach’s son, Ryan Hite.

Instead, Roethlisberger played wide receiver because, as coach Cliff Hite explained to the “Toledo Blade”, “My son throwing to Ben was a better combination.”

Roethlisberger attended Miami University in Oxford, Ohio. His jersey #7 was retired by the RedHawks on October 13, 2007. He became only the third athlete in Miami football history to have his number retired.

8. On July 23, 2011, he married Ashley Harlan, a physician assistant from New Castle, Pennsylvania.

The couple have a daughter named Baylee and two sons named Benjamin and Bodie.

Roethlisberger is a spokesman for Swiss Roots, a campaign intended to help Americans of Swiss origin reconnect with their Swiss ancestral heritage.

He has his own line of barbeque sauce, Big Ben’s BBQ.

7. In 2012, Roethlisberger returned to Miami University to complete his college degree, graduating with a Bachelor of Science in Education on May 6, 2012.

He had planned on finishing his degree sooner, but the Steelers having deep playoff runs earlier in his career prevented him from registering for classes in time for the winter term, only being able to do it after the Steelers were eliminated in the Wild Card round against the Denver Broncos the previous season.

6. On June 12, 2006, he was involved in a motorcycle accident in which he was not wearing his helmet.

He suffered fractures to the jaw and right sinus cavity, as well as a nine-inch laceration to the back of the head, the loss of two teeth, and several chipped teeth.

He said he was told by responding paramedics that he ruptured a major blood vessel in his mouth and was minutes away from dying.

The paramedics on the scene stopped the bleeding in his throat just in time to save his life.

5. On July 17, 2009, a civil suit was filed accusing Roethlisberger of sexually assaulting Andrea McNulty, 31, in June 2008 in his hotel room while he was in Lake Tahoe for a celebrity golf tournament.

According to McNulty, she was working as an executive casino host when Roethlisberger called her to tell her that the television sound system in his room was not working and asked her to look at it.

McNulty said she determined that the TV was functioning properly, but as she turned to leave, he stood in front of the door and blocked her, then grabbed her and started to kiss her.

In December 2011, the suit was ended when the parties agreed to a settlement.

On March 5, 2010, it was revealed that police in Milledgeville, Georgia were investigating Roethlisberger for a sexual assault inside the women’s restroom of the Capital City nightclub.

The accuser, was a then-20-year-old student at nearby Georgia College & State University. The doctor’s report quoted the alleged victim telling them that, “A boy kind of raped me.”

Roethlisberger allegedly approached, exposed himself, and despite the woman’s protests, followed her into what turned out to be a bathroom when she tried to leave through the first door she saw. The woman claimed Roethlisberger then raped her.

On April 12, 2010, District Attorney Fred Bright announced that Roethlisberger would not be charged because he could not prove guilt beyond a reasonable doubt.

3. Furthermore, the accuser wrote to the D.A. through her lawyer expressing she no longer wanted to pursue criminal charges because the level of media attention would make a criminal trial too “intrusive” of a personal experience.

The letter stressed that she was not recanting her accusation. The owner of Pittsburgh-based PLB Sports, which marketed “Big Ben’s Beef Jerky”, terminated the company’s five-year sponsorship of Roethlisberger, the first such action in the company’s 14-year history.

2. Ben Roethlisberger has appeared in the Season 14 premiere of “South Park”.

Roethlisberger was among the celebrities made fun of in the season 14 premiere of “South Park”, appearing in a rehabilitation class for “sex addicts” along with David Letterman, Bill Clinton, and others.

Titled “Sexual Healing”, the episode aired shortly after the second accusation of sexual assault was made against Roethlisberger.

He, along with other Steelers players, made a cameo appearance as a member of the Gotham Rogues football team, in the 2012 film “The Dark Knight Rises.”

In 2004, the most popular burger in Pittsburgh was the Roethlisberger. At Peppi’s restaurant, the burger contains ground beef, sausage, scrambled eggs, and provolone.