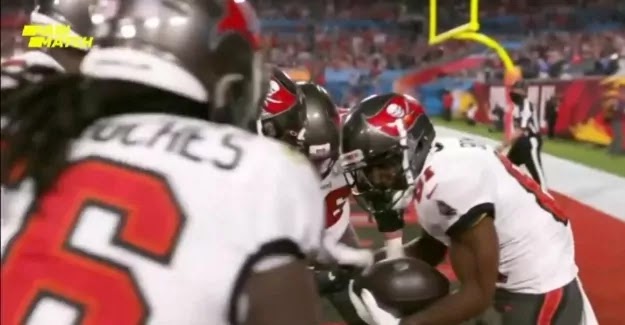 Buccaneers was perfect in this game and more organized, focused and stronger than chiefs. They scored 3 touchdowns and 1 field goal. 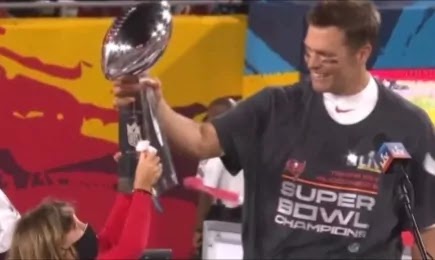 Tom Brady The 7 times Super Bowl guy has been proved in this match that he is the best player of all time, The Goat. Brady threw 3 success touchdown pass, the 1st and 2nd touchdown passes was to his teammate Rob Gronkowski and the 3rd touchdown pass was to Wide Receiver Antonio Brown.

This is the worst Super Bowl game for the Kansas City Chiefs in their Super Bowl history, they didn't score any touchdown and not focused defense.

They have scored only 3 field goals by Butker.

Patrick Mahomes was trying to do something, he threw one of the best touchdown passes in the game, but his teammate fail to catch the ball. 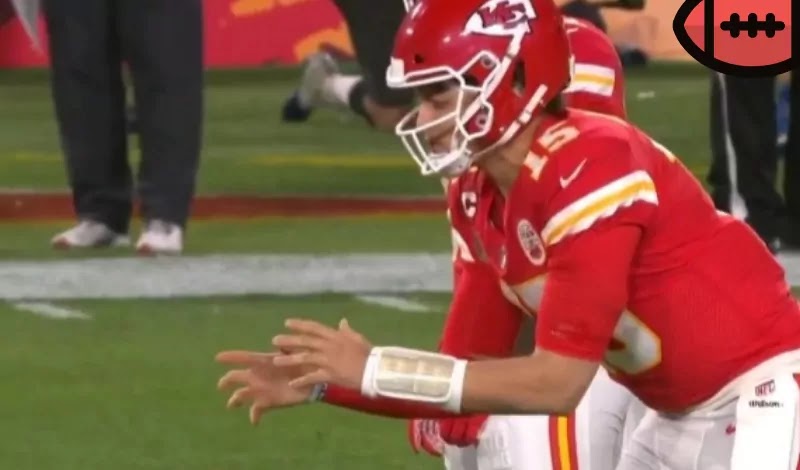 This playoff turned out to be very controversial for Andy Reid's team, and in general, probably the whole season. Yes, they skated around the AFC, but there was something in their game that made you think: “This is a lot of luck.” Yes, the strongest are lucky, but as we can see, not always. Their first game in the playoffs was against the Browns, where the bowl of luck was almost tilted to the side of the guests. Lightweight shook Patrick Mahomes in an absolutely useless rally, and now all the prospects for a second consecutive exit to the Super Bowl are literally in the hands of Chad Henne. To his credit, he managed to save them and bring them to the final of the conference, where the already returned Patrick Mahomes met with one of his main antagonists for the rest of his career (we assume that Allen “Bills” is unlikely to be released somewhere). The meeting was not very exciting due to the modesty of the guests from Buffalo. It remains to be hoped that further the Bills will acquire teeth and be sharper in games where access to the SB is at stake.

With such a background, "Chiefs" approached the main match of this season. Remember we talked about thoughts of luck. They were based on the idea that relegation of one of the Kelce Hill pair could seriously limit the team's attack. It turned out that the departure of the left tackle will affect the drawing no less. On the night from Sunday to Monday, we could see further evidence that it is not just that left-wing tackles are in second place in terms of salary, as a position. Patrick Mahomes was literally run over and not allowed to do absolutely anything. Lame Pat had to run out of the envelope in most of the rallies looking for a possible pass, and his teammates made the work of their quarterback dozens of times more difficult, dropping his almost perfect passes from any position (you, of course, excuse me, this is impressed in the end, which means the following statement takes place).

Looking at how accurately and strongly Mahomes throws passes, even being in a horizontal position (proof in the photo above), we can say that no matter how wizard Aaron Rodgers is, Pat Mahomes is the next level. However, everything that could have gone wrong at the time of the defending champions was not going according to plan. There was no takeaway, the envelope collapsed, the receivers dropped, and the quarterback was not mobile enough to do magic to the fullest. Separately, it should be said about the defense, which, as the impression was made, too believed in its coolness, or rather, it began to think that they were cool here, and not their attacks, let's call it "Jamal Adams syndrome". Jones and Matthew made stupid mistakes with personal violations, and the no-name from the special teams could not stand up normally before breaking through the FG, and the cherry on top were the very controversial whistles of the judges that gave holdings and interference literally through a pass. But, to be honest, the judges were the Chiefs' least problem in this game, so they go last. The result, quite according to the game: "Chiefs" were a pale shadow of themselves and were beaten by a more cool team, which we will talk about later. 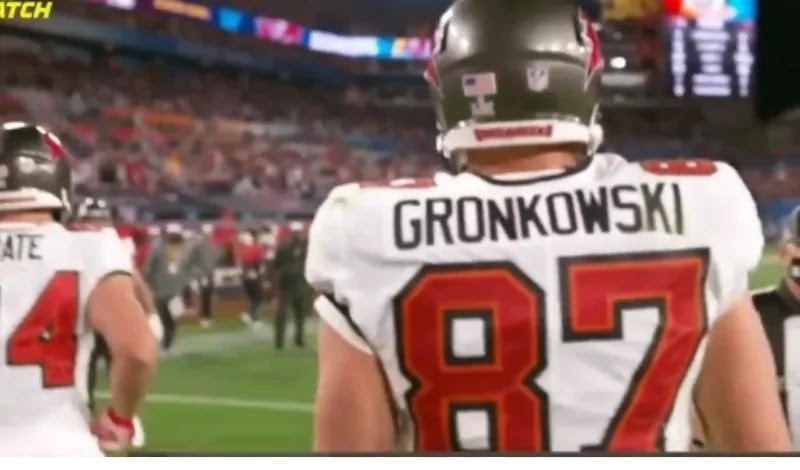 The path of the "Buccaneers" was probably more difficult than that of the "Chiefs". Brady and company had to start their way from the bottom of the playoff grid, because they lost the division and were forced to travel to Washington, where Tom was waiting for a young and hungry for his head Chase Young. The old man left the young man hungry, and the defense managed to contain the adrenaline rush of Heinecke, who played an excellent match and notably ruffled the nerves of the Tampa defense. In the course of this playoff draw, the Buccaneers seemed to be finishing the puzzle that they had begun at the start of the season and which should have been ready by February.

The Bucs did an excellent job on the mistakes and analyzed their opponents in detail in the divisional round - the Saints, whom they lost 2 times in a season, and the second time they were shamefully beaten. This is football, which means it doesn't matter at all how many victories you won in the regular season, if in knockout games you throw three interceptions and look like a pale shadow of yourself. Yes, Brees suffered from injuries, but who plays without them in January-February? The question is rhetorical. Having warmly said goodbye to one legend (and most likely sent him to retirement), Tom Brady went to Green Bay, where he was to meet Aaron Rodgers, the future MVP of the league. Tampa had two completely different halves in the conference finals. The first inspired the idea that it would be impossible to stop this car at all - the defense played at a high level, generating losses to the opponent, and the attack converted them into points.

The second showed that Tom is also human - a few interceptions, and an uncertain game in general. But then the Buccaneers' defense came to the fore. At the most necessary moment, the defense withstood its record book, and then it was already a matter of technique. Rodgers remained at the broken trough, and the boat finally sailed home. Unique Ending, Unique Season - The Tampa Bay Buccaneers not only became the first team to make it to the home Super Bowl, but did so with three playoff games away.

The Chiefs had enough offensive line problems for the Bucs to put serious pressure on Patrick even at 4, leaving double cover on Hill and Kelce. Thus, Mahomes could not quickly find his playmakers, and he simply did not have time to find other goals. All of this resulted in circus throws, which were supposed to upset the Tampa defenders several times, but they were dropped. Brady worked like a clock. Where his attack did not work out, violations of opponents helped, but in the moment with the interception, well, it's even difficult to describe what the violation was. The best offensive players were, as you might have guessed, Fournette and Gronk. The first one took out almost 100 yards, and the second made two touchdowns in the competition zone.

Even Antonio Brown distinguished himself in this meeting with a touchdown. In general, it is very difficult to find at least one mechanism that would not work today for the home team. The attack scored 4 touchdowns, the defense destroyed the opponent's attack, not allowing them to score a single touchdown, even Succop shot from 50+ yards, setting the cherry on the champion cake. Congratulations to Tom on his seventh championship. Congratulations to Bruce Arians and the entire coaching staff. Congratulations to the general manager who put this team together for the second championship in franchise history.

Field goal for the Kansas City Chiefs, score 0-3 for chiefs

Rob Gronkowski scored the 1st touchdown in the game by Tom Brady pass, score is 7-3 for Buccaneers

Rob Gronkowski scored the 2nd touchdown made the score 14-0 for Tampa Bay Buccaneers.

Antonio Brown scored the 3rd touchdown in the game before Halftime, score :21-6

In the 4th quarter,the bucs succeeded in defense and saving their score.

The most valuable player is the Quarterback Tom Brady