Mac Jones wanted to play for the Pats 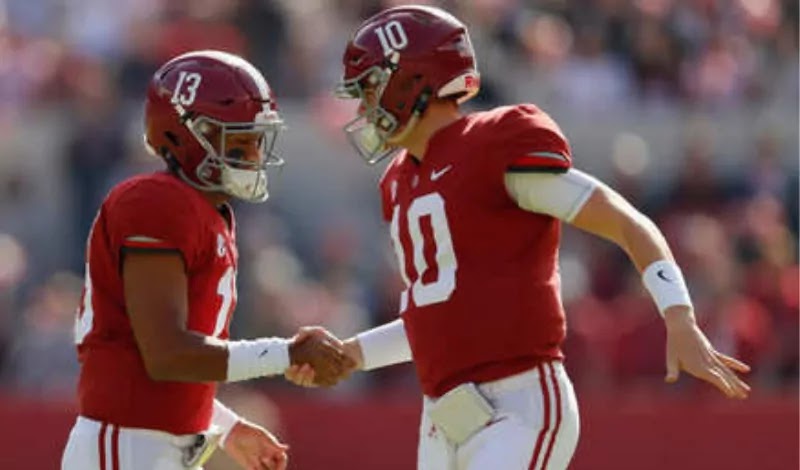 There was a lot of talk in the weeks leading up to the draft about where Alabama QB Mac Jones would end up. Most reports indicated that it would be the 49ers who had him in mind to replace Jimmy Garoppolo.


However, at the end of the night, Jones was the last quarterback to be selected 15th overall by the New England Patriots. Many analysts expected an effort by New England to move up and take a QB, in the end the Patriots took the pick with a lot of patience and without having to sacrifice anything in return.


The Patriots hadn't taken a QB in the first round since 1993, when they selected Drew Bledsoe with the No. 1 overall pick. It didn't take long for the newly crowned 2020 NCAA National Champion to make his joy at arriving in Foxborough known.


At the end of the day, you kind of just want to get to the right place. Secretly, I always wanted to go to the Patriots all along. So I'm actually really happy that it actually happened. " Mac Jones"

Jones, who will be 23 years old at the start of the 2021 season, also mentioned that at the end of the day it didn't really matter, because you get drafted and you have to take advantage of the opportunity and take advantage of it. Learn a new system, learn about the coaches, the culture, as well as highlighting Belichick's work in getting it all set up.


Mac Jones has only been to Boston once in his life and despite not having fond memories of it because he almost lost a foot when one of his Crocs got stuck in an escalator, the Florida native is thrilled to be under Belichick because he always puts the team first.

Since 1961, the New England Patriots have selected 5 QBs in the first round of the draft, including Mac Jones.


For the first time since 1993, the Pats have had to select a QB. In that distant year the pick was Drew Bledsoe.


Before the Washington State graduate, New England drafted Tony Eason (Illinois) in 1983 with the 15th pick of the first round, Jack Concannon (Boston College) who was the first overall selection in 1964.


One big name is Jim Plunkett. The Stanford graduate was the first player chosen in the entire 1971 Draft and although he is a historic player, he made his legacy with the Los Angeles Raiders, not the Patriots.
Read Also : 10 Facts You Didn't Know About Mac Jones
Covers everything about NFL, NFL Draft, NFL News and Rumors, Super Bowl, best NFL players in history, best NFL players, NFL Mock draft and more. YouTube TV NFL.