Trevon Diggs is a Pro football cornerback, drafted by the Dallas Cowboys in the 2nd round of the 2020 NFL Draft. Here's the Top 10 Facts You Didn't Know About Trevon Diggs, his brother, wife, years at college football with Alabama & high school, Contract and more. 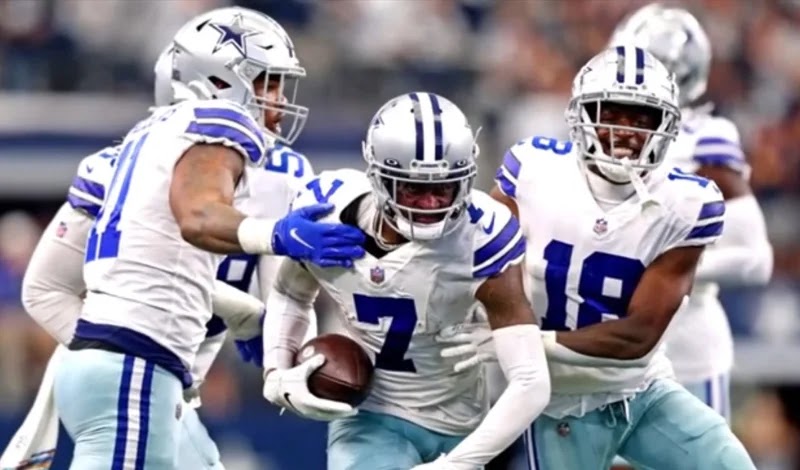 10. Trevon Diggs isn’t the only member of his family to play in the NFL.

His brother Stefon Diggs plays for the Buffalo Bills. Stefon is most famous for his  “Minneapolis Miracle” catch and touchdown against the New Orleans Saints in the NFC Championship game in 2018.

Trevon’s other brother, Darez, played for the University of Alabama Birmingham.  Unlike his brothers, Darez didn’t make it to the NFL. Darez, who is also known as Mar’Sean, played the 2020 XFL season with the Los Angeles Wildcats. After the XFL folded, Darez’s career ended. The brothers also have a younger sister named Porsche Green.

9. Stefon is only four years older than Trevon, but the older Diggs has been more like a father figure to his younger brother.

The Diggs brothers lost their father at the age  of 39 due to heart failure. Stefon is the oldest of the four siblings and acted like a father to each brother and sister.

Since joining the NFL, Trevon has been labeled as the “other” Diggs  brother. However, his stellar play on defense this season has led many fans to question if he is having a better year than his older brother.

8. Trevon Diggs was the No. 5 high school football recruit in the state of Maryland in 2016.

That same year, he was the No. 115th ranked player in the entire United States. Trevon began his high school football career at Wootton High School in Rockville, Maryland then transferring to the Avalon School in Wheaton, Maryland. Before signing with the Alabama Crimson Tide, the 6-feet 2-inch then-wide receiver was also recruited by SEC heavyweights Auburn Tigers and Florida Gators.

Boston College and Clemson were also in the mix to sign Trevon. He had the chance to go to Maryland, but decided against it. He expected everyone to compare him to his older brother. Had Trevon gone to any of the other schools that  recruited him, he may not have ended up as a cornerback and NFL star for the Dallas Cowboys.

7. On September 28, 2021, Trevon collected a pick six against the Philadelphia Eagles on Monday Night Football.

The interception was his third of the NFL season. The pick six allowed him to become the first Dallas Cowboys player to catch an interception in each of the first three games of an NFL season since Everson Walls did it in 1985.

Trevon went on to smash his record of three picks in three games. He picked off six passes in each of the Cowboys’ first six games of the 2021 NFL season.

The 24-year-old cornerback is currently single. He does have a baby mama, however. He had a son named Aaiden Diggs with Yasmine Lopez, who he is no longer with.

There has been some drama between Lopez and Trevon’s former love interest Chinese Kitty. Lopez is alleged to have stolen Trevon from Chinese Kitty. Unfortunately, Trevon’s relationship with Lopez is strained. In September of 2020, Trevon claimed Lopez  is obsessed and needs a strait jacket.

Despite becoming one of the NFL’s elite  cornerbacks, Trevon will earn less than $1 million in base salary in 2021 for the Dallas Cowboys. The defensive back’s base salary is a mere $897,000.

He does get a nice signing bonus of more than  $539,000 as well. He is under contract with the Cowboys for the 2022 and 2023 NFL seasons.  With his stellar play over the last two seasons,

the Cowboys may need to offer the former  Alabama Crimson Tide player a new, more lucrative deal. The rookie contract that Trevon signed in 2020 with the Cowboys was worth just over $6 million in total for four years.

4. Trevon was drafted by the Cowboys in 2020 and upon being selected, was starstruck when team owner Jerry Jones called him.

Trevon’s father, Aron, who died tragically when the cornerback was 10 years old, was a Dallas Cowboys fan. It was a dream come true for Trevon.

3. Before moving to defensive back at the University of Alabama, Trevon played as a wide receiver during his freshman year.

He caught 11 passes for 88 yards and a touchdown in his one and only season as a wide receiver for the Crimson Tide. Having experience as a wide receiver, he was  able to transition to the defensive back position.

2. He is not reportedly seeing anyone, but he has had some controversy in recent time.

Instagram model Chinese Kitty, who has over 3.6 million followers, accused him of physically assaulting her. Chinese Kitty also claimed that he threatened her with gun violence over text messages and phone calls. Chinese Kitty made the allegations against him on social media rather than going to the police. She posted about the alleged violence and threats that he made and tagged the NFL’s Instagram account in her posts.

1. Trevon Diggs was originally a wide receiver at Alabama.

Not long after his arrival at the university, head coach Nick Saban suggested that he move from wide receiver to cornerback as a sophomore. Saban informed him that he had a future as a cornerback but not as a wide receiver. According to Trevon, after Saban suggested he change positions, he broke down and cried. He felt hurt. After getting over the disappointment of changing positions, he got to work and became a top-rated cornerback for the Crimson Tide. He is grateful that Saban changed his position.

Why did Saban move him to defense?

Trevon’s skillset made him ideal to play as a cornerback. While Saban only suggested that he change from playing wide receiver to cornerback, the final decision was up to Trevon. It is safe to say that the move has worked out well for him.

That’s all 10 Facts You Didn't Know About Trevon Diggs, tell us if you think Trevon Diggs will win the defensive player of the year award for this season!