The Super Bowl 2023 will take place on the night of February 12-13 at State Farm Stadium in Glendale, Arizona. The game begins at 6:30 P.M. ET.
Home
Facts
Kansas City Chiefs

Travis Kelce is American football tight end, play for Kansas City Chiefs. He arrived in the NFL by being drafted in the third round in the 2013 NFL Draft. He was a standout in college at Cincinnati and a two-time all-conference selection. Here's the 10 Facts You Didn't Know About Travis Kelce. 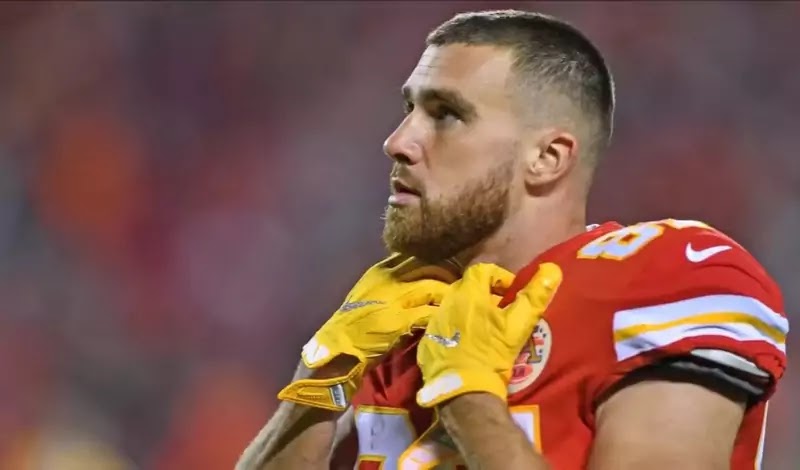 He had his own reality TV show, a dating show on E! Entertainment Television called “Catching Kelce.” The show, which premiered in October of 2016, saw Kelce search for a companion, choosing from 50 eligible women, each from a state in the U.S. He eventually picked Maya Benberry, but they only dated for about a year before breaking up in January of 2017. The TV show ran for 8 episodes.

9. Kelce is an all-around athlete.

He has always been a standout athlete since his early days. In high school, he was a three-sport star, also excelling in basketball and baseball.

Even then, it was in football that his talent really stood out. He was a talented quarterback and was recognized with All-Lake Erie League honors after totaling about 2,539 yards of offense in his senior year. He attended the Cleveland Heights High School in his hometown of Cleveland Heights, Ohio.

8. His brother is also a football player.

He is not the only one in the Kelce family that became a star in the NFL. His brother Jason Kelce was drafted by the Philadelphia Eagles in the 6th round of the NFL Draft in 2011. The older Jason still plays center for the Philadelphia Eagles and is a Superbowl champion, has been selected three times to the Pro-Bowl, and twice to the All-Pro first team.

7. Kelce’s brother Jason was also a driving force in his decision to play football at the University of Cincinnati.

Jason was the starting left guard for the Bearcats while Travis was making his decision on which college team to play for. Travis was considered a two-star recruit by Rivals.com coming out of high school. He had scholarship offers from several institutions, including Akron, Miami, and Eastern Michigan. He, however, passed on all of these, eventually accepting an offer from the University of Cincinnati, joining his brother.

6. He has a history of character issues.

Success in the NFL is as much down to one’s ability on the field as it is to their character off it. When being drafted, teams are often wary of one’s past, their personal history, and concerns with their character. Kelce is one of the NFL stars that have had notable character issues on and off the field. It is alleged that one evaluator once called him a ‘train wreck character-wise’ during his combine in 2013.

In college, he once missed a whole season, suspended for breaking the team rules. It turned out he also missed time with the team for failing a drug test. Even though he claims to have grown out of his immaturity, he still has the occasional slip-up. He was recently involved in an altercation with Chiefs offensive coordinator Eric Bieniemy, pushing him on the sideline.

5. Jason and Travis have both played under Andy Reid.

61-year-old Andy Reid is one of the legendary coaches in the NFL. A unique fact is that both Kelce brothers have played under him. Andy Reid is the Chiefs head coach, Travis’ current team. Before then, he was the Philadelphia Eagles head coach between 1999 and 2012, coaching Jason during his first few years in the NFL. Coach Reid first met Travis when he would visit his brother in Philadelphia. Reid’s son also played at Temple, one of Cincinnati’s rivals.

4. His mom has a unique way of supporting him and his brother.

Jason and Travis being NFL stars means Mrs. Kelce is always shuttling between supporting one son or the other. When the inevitable eventually happened and they faced off on opposite sides for the first time in their pro careers, their mom Donna was well prepared for the occasion. She had a special jersey made for her, a blend of a red Chiefs jersey and a green Eagles jersey. The jersey had Jason’s number 62 on the back and Travis’ number 87 on the front.

Read Also : 10 Facts About DeAndre Hopkins Will Impress You

He has been in a relationship with Kayla Nicole for over two years, with rumors of the two dating first surfacing around May of 2017. This was after he broke up with Maya Benberry, winner of his dating reality show earlier in the year. Their relationship over the years has not been smooth.

Kelce lives in Kansas City while Kayla lives in Los Angeles, and there have even been rumors of him cheating. The two, who announced their engagement soon after going public with their relationship, always seem to find a way past the challenges.

2. He once worked as a phone survey operator.

In college, he worked as a phone survey operator, mostly asking the good people of Southern Ohio, Northern Kentucky, and Eastern Indiana what they felt about the then newly passed Affordable Care Act. Most people he surveyed said that they did not feel good about it.

He has endured some difficult times, but perhaps his worst was when he had to spend a year away from football after being suspended in college. He lived in a shared room with his brother and had to pay for college by working construction with a teammate’s dad. It was at this time that he flirted with the idea of going pro in baseball before his family stepped in. His father convinced him not to run from the difficulty in his life at the time, while his brother convinced the University of Cincinnati to give him a second chance. Eventually, his coach allowed him back, but only as a tight end.

That’s all 10 Facts You Didn't Know About Travis Kelce, tell us if you think Travis Kelce is the best tight end in the NFL