Derrick Henry is a pro football running back for the Tennessee Titans. 10 Facts about his life and how he became one of the best players in the NFL.

Derrick Henry is an American football running back for the Tennessee Titans. He played college football for Alabama and won the 2015 Heisman Trophy. He was drafted by the Titans in the second round of the 2016 NFL Draft. Here's the 10 Facts You Didn't Know About Derrick Henry. 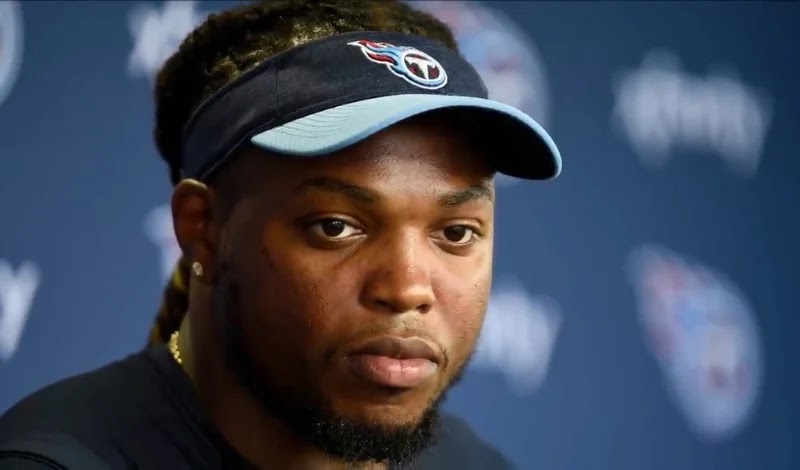 10. Derrick Henry was a three-sport star in high school.

Many football stars today played more than one sport in high school. Tennessee Titans RB Derrick Henry was no exception. He excelled in three sports, representing his high school in football, basketball, and track and field.

As a track and field athlete, he competed as a sprinter between 2010 and 2011, posting a personal best time of 11.11 seconds for the 100-meter dash. This was enough to have him come in 7th place in the FHSAA 2A District 3 Championships. He was also a part of the school relay teams in the 4-by-100 and 4-by-400-meter dashes.

Derrick Henry attended Yulee High School in Florida, playing running back for the Yulee Hornets. His stats coming out of high school were through the roof.

For context, he had rushes of over 35 yards on more than 9 occasions, and in one game scored 6 touchdowns. With such unbelievable numbers, his NFL success is not surprising.

He was raised by his grandmother, the late Gladys Henry. She played a key inspirational role in Henry’s development, and was the inspiration behind his pursuit of education.

Henry has a tattoo of her name on his chest, and still carries memories of her nicknaming him “Shocka.”

Apparently, his standout days started very early in his life, with the nickname coming reportedly because he ‘shocked the whole family’ when he was born.

The Heisman Trophy is given to the best college player every year. Henry was the 2015 Heisman Trophy winner, becoming the second player from the University of Alabama to ever win the trophy after Mark Ingram, who won it in 2009.

He was also the first running back to win it after Mark Ingram, and the second after Ron Dayne, who won the trophy in 1999.

The 2015 Heisman vote was one of the closest ever, with the only other comparable year being 2009 when Mark Ingram beat Toby Gerhart by only 28 points.

6. Derrick Henry committed to the University of Georgia.

It ended up being the perfect destination for him, as he managed to win the Walter Camp, Doak Walker, and Maxwell awards in his time there together with his Heisman.

5. Derrick Henry’s parents were teenagers when they had him.

Part of the reason his grandmother raised him was because his parents were extremely young when they had him. His mom was only 15 and his dad 16 when he was born. He lived most of his life with his mother and grandmother, with his father constantly getting into trouble and getting arrested.

RB Derrick Henry soon became so attached to his grandmother that he described her as his best friend in a letter when he eventually graduated from college with a communications degree.

4. Derrick Henry and His girlfriend Adrianna Rivas have one daughter “Valentina Allure Henry”.

He has been dating his girlfriend Adrianna Rivas for a few years now. Reports indicate that they might be expecting their first child in 2020, after Miss Rivas posted pictures on Instagram of a sonogram revealing that they were expecting a daughter.

He is perhaps the best football player that ever went to Yulee High School. His #2 jersey was a common fixture of his successful formative years. He wore it all through high school and college, becoming the fourth ever player who wore the #2 to win the Heisman. The other 3 were Johnny Manziel, Charles Woodson, and Cam Newton.

In 2019, Yulee High School decided to honor him by retiring his jersey.

Derrick Henry's younger brother Donovan seems to have followed right in his footsteps and is a budding football player.

Donovan also attends Yulee High School and is set to graduate in 2021. The jury is still out on whether he will hit the same heights that his brother achieved when he was there.

As a defensive end, he is considered one of the most important players for the current Yulee Hornets team.

1. Derrick Henry’s mother talked him out of transferring from Alabama.

If not for his mother, Stacy Veal, and his high school mentor JT Medley, Henry’s college journey would have been significantly different.

During his freshman year, he began regretting his choice of Alabama. He was fourth on the depth chart with just 28 carries. He started considering transferring from Alabama, before his mother and JT Medley stepped in to help him rethink the decision.

His mother called Alabama to inform them that her son was unhappy, and talked Henry out of transferring. He was then given a chance by being elevated to number two on the depth chart and the rest, as they say, is history.

That’s all 10 Facts You Didn't Know About Derrick Henry, tell us if you think Derrick Henry is the best running back in the NFL!