Here's the 10 Facts You Didn't Know About The New Orleans Saints Safety Tyrann Mathieu, his years at college & Arizona Cardinals, girlfriend and more.

Tyrann Mathieu is an American football player for the New Orleans Saints in the NFL. He is a safety, who is known for his big hits and ability to get to the opponents' quarterback. He played college football for Louisiana State University (LSU), and was drafted by the Arizona Cardinals in the third round of the 2013 NFL Draft. Here's the 10 Facts You Didn't Know About Tyrann Mathieu. 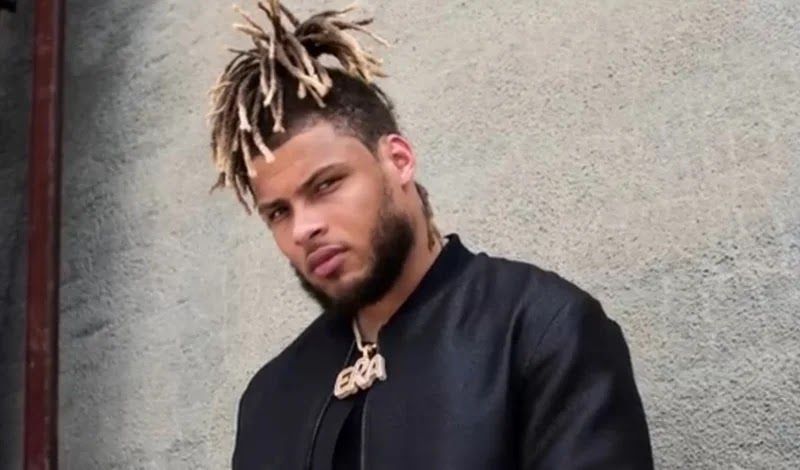 10. Tyrann Mathieu may be a superstar in the Kansas City Chiefs’ secondary, but he wasn’t expected to become the tenacious defensive player he turned out to be.

The Louisiana native was not a five-star recruit like so many of the players that end up at Louisiana State University. Still, he was the state of Louisiana’s 13th ranked cornerback coming out of high school according to Rivals.com. It was at LSU that Mathieu began to develop as a player and a ball-hawk of a cornerback.

9. In May of 2019, Tyrann Mathieu proposed to girlfriend Sydni Paige Russell after eight years of the couple dating.

Tyrann Mathieu and Russell met while they both attended LSU and remained together even with the defensive back playing in the NFL. Russell moved to Arizona with Mathieu and began attending college there.

According to reports, Mathieu gave Russell a ring worth an estimated $250,000 when proposing. Russell was a cheerleader at LSU and has performed as a dancer and cheerleader for two different NBA teams, the New Orleans Pelicans and Phoenix Suns.

8. While Tyrann Mathieu has been in a long-term relationship with Russell, he fathered a child out of wedlock with a Gentilly hairdresser named Megan Edwards.

In 2014, a judge ruled that Mathieu had to pay $3,700 in monthly child support and $433 in monthly day-care expenses. He was also to provide health insurance for the boy and a life insurance policy naming the child as a beneficiary. New Orleans Saints safety Tyrann Mathieu had to reimburse Edwards for her attorney fees, court costs, and $300 for a DNA test.

7. Tyrann Mathieu had a rough childhood and it is a surprise that he beat the odds to become one of the premier defensive backs in the NFL.

Tyrann Mathieu’s father, Darrin Hayes, is serving a life sentence for murder. He was raised by his grandfather, Lorenzo, after mother, Tyra Mathieu, gave him up at birth.

6. With his tough upbringing, Tyrann Mathieu saw death occur to people all around him as a child in New Orleans.

As mentioned before, his grandad Lorenzo died of heart failure in 1997. His uncle Donell, an IV drug user, contracted AIDs from dirty needles and died of the disease.

Tyrann Mathieu’s uncle Keith was murdered while walking with his baby son on the sidewalk outside his home. His aunt Trina passed after a car ran a red light, and hit and killed her on Thanksgiving.

Finally, Mathieu’s uncle Andre was murdered one night after getting into an argument with some other men in the New Orleans projects. Mathieu has tattoos for each of his family members that lost their life while he was growing up.

Despite playing in the NFL, Tyrann Mathieu knows how lucky he is and wants to help others in situations like he experienced.

He established the Tyrann Mathieu Foundation “to impact the lives of financially disadvantaged children and youth through encouragement, opportunities, and resources to achieve their dreams in Kansas City and New Orleans”. Some of the work the Mathieu Foundation has accomplished is feeding the needy and giving disadvantaged kids tickets to NFL games.

4. When the Arizona Cardinals drafted Tyrann Mathieu 69th overall in 2013, they took a big chance on the defensive back after his dismissal from the LSU Tigers football team in 2012 due to substance abuse issues.

Prior to the 2013 NFL Draft, former Indianapolis Colts general manager Bill Polian claimed Mathieu didn’t deserve to be on an NFL team’s draft board.

In an interview recorded prior to the draft, Polian stated Mathieu had “proven to be irresponsible and continues to show some degree of irresponsibility. That makes him a poor teammate and a poor risk.”

S Tyrann Mathieu is certainly having the last laugh after winning the Super Bowl with the Kansas City Chiefs and captaining three different NFL teams.

3. Tyrann Mathieu is a star for the Kansas City Chiefs and helped them win Super Bowl 54.

You may wonder just why the Arizona Cardinals released the defensive back after his five seasons with the team. The Cardinals wanted to cut Mathieu’s pay which he declined to accept. Rather than pay Mathieu the $18.75 million he was due to make, the Cardinals cut him.

2. At the beginning of the 2012 college football season, Mathieu was dismissed from the LSU football team just one season after finishing as a finalist for the Heisman Trophy.

Mathieu was kicked off the team for “repeated violations of LSU's substance abuse policy for athletes”. According to LSU, Mathieu’s substance abuse issues were an ongoing problem. It is claimed that Mathieu failed multiple drug tests while playing at LSU before finally being dismissed from the Tigers.

Tyrann Mathieu checked into rehab in Houston, Texas, where he was mentored by former NBA player, John Lucas, who also suffered from substance abuse issues during his sports career. After completing rehab, Mathieu considered returning to the Tigers in 2013 or transferring to another college.

Instead, he entered the NFL Draft and was eventually taken 69th overall by the Arizona Cardinals.

1. Tyrann Mathieu has long been known by the nickname “The Honey Badger”.

Tyrann Mathieu has had the nickname for so long that many fans may not understand or know just why he is called “The Honey Badger”. He earned the nickname in college at LSU, because he had a reputation of forcing turnovers.

Mathieu forced 11 fumbles while playing for the Tigers, an SEC record. His intense, relentless play on defense led to several awards and honors, including All-American recognition, the Chuck Bednarik Award, and being a finalist for the Heisman Trophy.