Dalvin Cook is a running back for the Minnesota Vikings. He was drafted in 2017 in the second round of the NFL draft. Here's the 10 Facts You Didn't Know About Dalvin Cook. 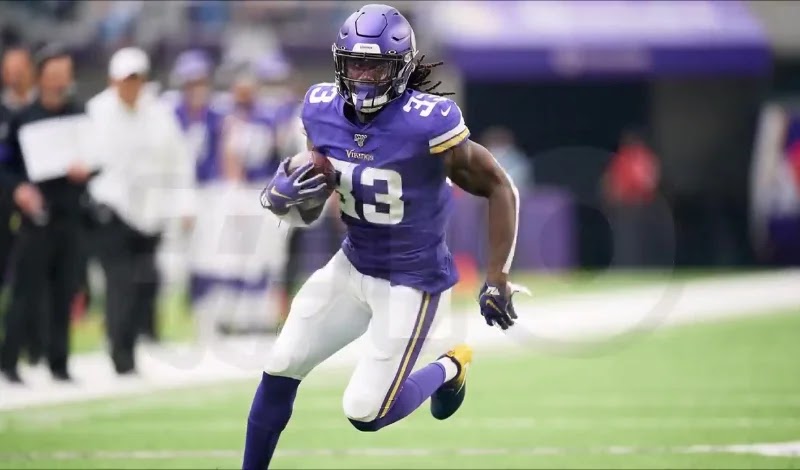 In fact, Cook apparently revered Freeman so much that he initially chose not to enter the football program until his sophomore year.

He figured that he was not as skilled, and would have no chance of usurping the then senior running back Freeman. Freeman had led the Miami Central class of 2010 to a Class 6A state title.

Cook himself later led his class in 2013 to a Class 6A regional title, beating rivals Palm Bay Heritage in the process. Related : 10 Facts You Didn't Know About Justin Jefferson

As a running back, it is not surprising that he was also an athletic star in his formative years. He ran track in high school, and was, in fact, one of the top sprinters in the state.

For instance, in the 200 meter dash in 2013, he recorded a personal best of about 22.10 seconds at the Sam Burley Invitational. He was also part of the Miami Central winning relay team, running both the 4 × 100 m and 4 × 400 m relays and helping his team win in both events. He also excelled in the 100-meter dash, coming in fifth place in the finals.

He joined an elite group of athletes in Florida when he was named Mr. Football in 2013 by the Florida Dairy Farmers Association. He became only the third recipient of the award from the Miami-Dade County. The others were Jacory Harris, who won the title in 2007 and Duke Johnson in 2011.

The award is typically given to the top high school football player in the state, with many past winners going on to have illustrious careers in the NFL.

He reportedly changed his allegiance several times when it came to choosing the right college to play for. According to reports, he initially had committed to Clemson University, before later flipping to the University of Florida to play for then-coach Will Muschamp. Florida did not perform well that season, and after the 4-8 season, Cook is said to have started wavering on his pledge, at least privately. He again switched his commitment from Florida to Florida State, pledging his future to the Seminoles in 2014.

6. He has had a lot of off-the-field troublese.

In 2015, he was charged with battery after a woman alleged that he had punched her in the face. Even though a jury found him not guilty, this was only one in a seemingly long line of troubles with the state.

As a juvenile in high school, he was once arrested and charged with robbery. He was also arrested for the possession and firing of a weapon at an event on school property. He also received a citation for mistreating three puppies that he had tied together, and also picked up a criminal mischief charge for a BB gun fight in 2014.

He has been clean for the past few years though, and has seemingly turned a corner in terms of maturity.

He broke Warrick Dunn’s mark of 1,242 rushing yards in a single-season in a game against NC State, running for 11 yards on his third carry of the game for a total of 1,246 yards on the season. Dunn’s record had been set in 1995.

He is not the only outstanding athlete in his immediate family. He comes from a family of eight, including dad James Cook and mom Varondria Burnett.

His elder brother Deandre is an outstanding basketball player, a shooting guard who plays for the University of Mississippi. He should be eligible to take part in the 2020 NBA Draft. His younger brother James is also a skilled running back, who after being courted by several top colleges, eventually settled on the University of Georgia.

Around the time of the NFL Draft in 2017, he and Morris were reportedly expecting their first child, a son he chose to name Dalvin Cook Jr. Cook has been with Morris for a long time, with the two being friends since childhood.

The couple, however, keeps their private life a secret and not much has been revealed about their relationship.

2. Dalvin Cook has struggled with injuries throughout his career.

His ride has not always been smooth sailing when it comes to injuries. In college, for instance, he lost three-quarters of his rookie season to a left ACL tear. He has had to undergo surgeries after injuring his knee, and has also suffered from hamstring injuries.

1. Dalvin Cook was raised by his grandmother.

His grandmother, Betty Cook, known to the neighborhood and to football coaches as Miss Betty, always welcomed troubled kids into her house.

Miss Betty would often donate clothes to students who needed them, going as far as tailoring them if they did not fit.

That’s all 10 Facts You Didn't Know About Dalvin Cook, tell us if you think Dalvin Cook is better than Christian McCaffrey!