Bengals With Joe Burrow's New O-line Going back to the Super Bowl? 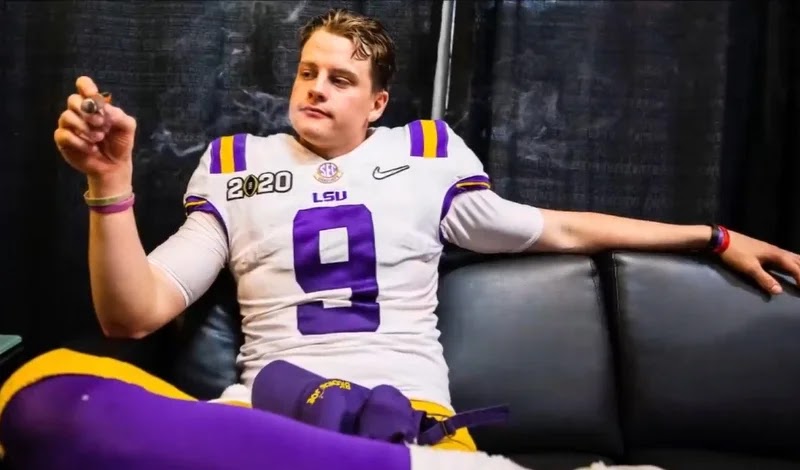 You know, when the Cincinnati Bengals made it to the Super Bowl, I kind of looked at it as a fluke. An anomaly. Like when the Tampa Bay Rays make the World Series, or the Toronto Raptors won the NBA title.

But they held the lead with just over a minute left in the Super Bowl, and it took two clutch defensive plays from the Rams to keep them from at least moving into field goal range and taking the game to overtime.

The Bengals were extremely close to winning it all. And they managed to get there with the 20th ranked offensive line in the league, according to Pro Football Focus.

In fact, no quarterback was sacked more during the 2021 season than Joe Burrow. That’s not typical for a Super Bowl team.

So, when you look at Cincy’s success from last season, and understand the glaring holes on that roster, it will not take much to get back to where they were. And the Bengals are wasting no time filling those gaps.

Last Week, former Buccaneers right guard Alex Cappa signed a four-year deal with the Bengals, worth $40 million. Tom Brady was reportedly fighting for him to stay upon his unretirement announcement, but it was too little too late.

This is a huge upgrade, as the Bengals’ right guard position had the worst PFF grade among the five starting linemen.

Cincinnati Bengals are expected to lose their left guard Quinton Spain, so Karras would be a minor upgrade at that position. But I actually would expect Karras to become the Bengals’ new starting center, and bump up last year’s second round pick Jackson Carman to the left guard spot.

If Carman is not ready, perhaps Cincy could sign former Cleveland Brown J.C. Tretter to play center, and have Karras stay at left guard. Read Also : Joe Burrow could be affected by Deshaun Watson's deal

Either way, the signing of Ted Karras gives the Bengals the flexibility they need to solidify the left tackle through right guard positions. So, that just leaves right tackle. And this year’s draft is very heavy at the tackle positions. As many as a dozen tackles could be selected in the first three rounds. They will find someone. Read Also : Facts You Didn't Know About Joe Mixon.

With a retooled offensive line, and only a few losses elsewhere to free agency, most notably Larry Ogunjobi, it’s hard to not see Cincinnati as the current favorite in the AFC.

Yes, you still have the Chiefs and the Bills, but Kansas City is in a much tougher division with Russell Wilson now in Denver. Buffalo has to deal with an ascending New England team, and a Miami squad that could go either way.

And I don’t expect Baltimore, Pittsburgh and certainly Cleveland to stay consistent enough to compete with an upgraded Bengals team in the North. If I had to put money down right now, I’d say the Bengals are going back to the Super Bowl.